Irish author Sally Rooney has rejected a bid by an Israeli publishing company to translate her latest novel into Hebrew due to her stance on the Israel-Palestine conflict.

Rooney, 31, said in a statement on Tuesday that her decision to turn down Modan’s offer for the translation rights to, Beautiful World, Where Are You, was taken in support of the Palestinian-led Boycott, Divestments and Sanctions (BDS) movement.

BDS calls for a full cultural, economic and academic boycott of Israel for its illegal repression of Palestinian rights.

“For the moment, I have chosen not to sell these translation rights to an Israeli-based publishing house,” Rooney said.

“I understand that not everyone will agree with my decision, but I simply do not feel it would be right for me under the present circumstances to accept a new contract with an Israeli company that does not publicly distance itself from apartheid and support the UN-stipulated rights of the Palestinian people.”

After some social media users reacted with anger to early media reports of her decision, Rooney clarified that she is not against her book being translated into Hebrew.

“The Hebrew-language translation rights to my new novel are still available, and if I can find a way to sell these rights that is compliant with the BDS movement’s institutional boycott guidelines, I will be very pleased and proud to do so,” Rooney said.

Rooney said she was “very proud” her two hugely successful previous novels – Normal People, and, Conversations with Friends – were translated into Hebrew.

“There should be no business-as-usual with an apartheid state and institutions complicit in it,” the Palestinian Campaign for the Academic & Cultural Boycott of Israel (PACBI) said in a post on Twitter.

Hil Aked, an independent researcher and activist, said Rooney’s move was a “principled act of solidarity”.

“Though the Israeli government – and many other governments – are seeking to repress the BDS movement, it continues to grow.”

But a senior Israeli official rejected the Irish author’s move as “anti-Semitism in a new guise”.

“The cultural boycott of Israel … is a certificate of poor conduct for her and others who behave like her,” Diaspora Minister Nachman Shai tweeted.

Israel has long denounced the BDS movement as anti-Jewish and rejects any comparison between its treatment of Palestinians and apartheid as inaccurate. 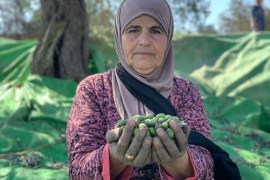 Hundreds of Palestinians reached their land on Jabal Sabih, which was taken over by settlers and then the Israeli army. 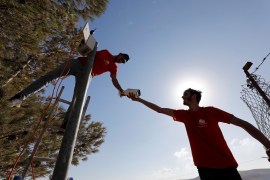 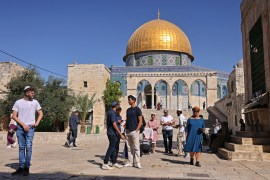