North Korean leader Kim Jong Un has urged officials to focus on improving the lives of the country’s citizens amid a “grim” economic situation, according to state media.

Kim made the appeal as he marked the 76th anniversary of the founding of the ruling Workers’ Party of Korea on Sunday, KCNA news agency said.

Kim discussed the “unprecedented difficulties” facing the North and called for the party’s single-minded unity in developing the state economy in face of the “grim situation,” it reported.

Pyongyang marked the anniversary with art performances, galas and a fireworks show but there was no sign of any large military parade, which are sometimes held on such occasions.

Analysts say Kim is facing perhaps the toughest moment of his nearly 10 years in power. He failed to win badly needed sanctions relief in his summits with then-President Donald Trump in 2018 and 2019, then closed North Korea’s borders amid the coronavirus pandemic unleashing a further economic shock after decades of mismanagement and sanctions over its banned nuclear and weapons programmes.

Heavy rains and floods have also taken a toll on the country with the United Nations warning last week the most vulnerable are at risk of starvation.

Officials should not wish for privilege and preferential treatment, and “should always consider whether their work infringes upon the interests of the people or causes trouble to the people,” Kim said.

Kim has so far rejected US government offers to restart dialogue without conditions, saying that Washington must first abandon its “hostile policy,” a term the North mainly uses to refer to sanctions and US-South Korea military exercises.

The US State Department last week accused Kim’s government of being primarily responsible for the humanitarian situation in the country.

“The regime continues to exploit its own citizens, to violate their human rights, to divert resources from the country’s people to build up its unlawful (weapons of mass destruction) and ballistic missiles programme,” spokesperson Ned Price told a briefing in Washington, DC.

The World Health Organization said last week some of its COVID-19 medical supplies had arrived at a North Korean port, an indication the North was easing one of the world’s strictest pandemic border closures to receive outside help. 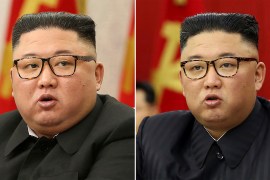 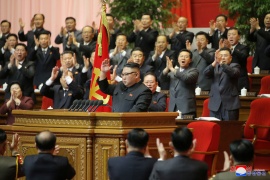 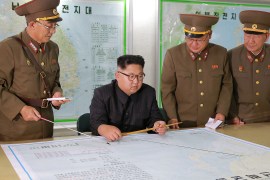 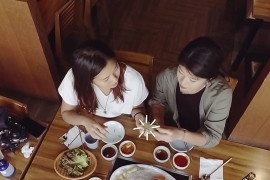 Korea: A divided nation, a united table | Fork The System

Three North Korean defectors share what life across the border was like as they cook and eat with Fork the System.