Indian police have arrested the son of a junior minister in Prime Minister Narendra Modi’s government as a suspect days after nine people were killed during protests by farmers against contentious agriculture laws in northern India.

He is the son of Junior Home Minister Ajay Mishra.

Farm leaders alleged a car owned by the minister ran over a group of protesting farmers in Lakhimpur Kheri on Sunday, killing four people. They said the minister’s son was in the vehicle at the time.

Ajay Mishra said his son was not present at the incident but said that a car driven by “our driver” had lost control and hit the farmers after they threw stones at the car and attacked it with sticks and swords.

The driver and three members of the ruling Bharatiya Janata Party (BJP) were all killed by the protesters in the violence that broke out after the incident.

Agarwal, the police officer, said Mishra was arrested after “he failed to furnish any supportive evidence to prove that he was not present in any of the three vehicles that ploughed through a crowd of farmers killing four of them”.

The arrest came a day after India’s top court criticised the state government for not arresting Ashish Mishra.

On Friday, the minister’s son had made the police wait for hours for questioning before sending a message that he was unwell and could not make it.

Darshan Pal, a farmers’ leader, and Akhilesh Singh, an opposition Congress party leader, have demanded the removal of his father from Modi’s government.

Police earlier this week said they had so far arrested six people and filed a criminal complaint against 14 more, including Ajay Mishra, in connection with the deaths of the four farmers.

The BJP also lodged a criminal complaint against the farmers over the deaths of its members and the car driver, said Arvind Chaurasia, a senior official in charge of the district.

Police also said they recovered the body of a local journalist where violence ensued on Sunday but did not provide further details on how he was killed.

The violence marked an escalation in continuing protests against agriculture laws that farmers say will shatter their livelihoods. The protests have lasted since the government passed the laws last September and have been one of the biggest challenges to Modi.

Last week, thousands of farmers gathered at the edges of the capital New Delhi to mark one year of demonstrations.

The government says the changes in the laws were needed to modernise agriculture and boost production through private investment.

But the farmers say the laws will devastate their earnings by ending guaranteed pricing and will force them to sell their crops to corporations at cheaper prices. 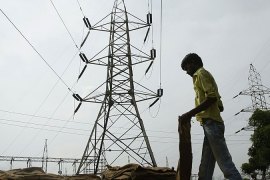 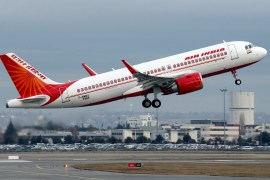 The sale is a win for PM Narendra Modi, who has embarked on a bold privatisation plan to plug a widening budget deficit. 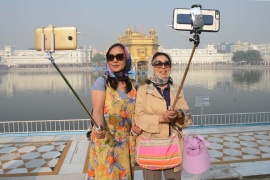 Foreign tourists will be able to apply for a visa starting October 15 – the first time since March 2020 COVID lockdown. 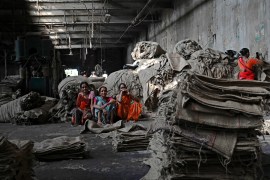 India promotes jute as fabric for sustainable future, with government saying all grains should be packed in jute sacks.