As former US President Jimmy Carter turns 97 on Friday, one of the gifts he will enjoy is a reappraisal of his political image, especially how his achievements in the White House are now viewed.

“His accomplishments are seen better, and his failures are less remembered,” said Jonathan Alter, author of, His Very Best. Jimmy Carter, A Life.

“There is this historical reappraisal … he is getting a fresh look” mainly because, Alter added, because of his longevity he is being assessed with a longer view allowing more perspective.

While Carter’s overall image has greatly improved in the decades since he left the Oval Office, several historians said his policy achievements while in office are now getting new respect.

“I’m glad to know that people are remembering that, during my administration, we tried to keep the peace. And we cherished our human rights,” Carter told the PBS NewsHour in July of this year.

“We came out of the White House completely satisfied with the way we had acted in the trial that we made to overcome difficulties. And most of the time, we succeeded. At least we thought we did.”

Several experts cited former President Trump as a key reason for this reexamination of Carter’s record.

“Trump lied with such stark regularity. Carter’s calling card was bedrock honesty. So the difference between the two men could not have been greater,” said presidential historian Douglas Brinkley, author of, The Unfinished Presidency, which examined Carter’s journey.

“As people look back on Jimmy Carter, with what we have just been through with Donald Trump, that seems especially good,” Barbara Perry, director of presidential studies at the University of Virginia’s Miller Center for Public Affairs, said. “He is the one who re-legitimised the presidency and didn’t lie to the American people. He came through with what he said” he would do while campaigning, such as promising not to be a Washington insider.

Among the Carter presidential actions now receiving more recognition for their importance and global impact:

Overall, the 39th president’s image has vastly improved from the 34 percent approval rating he had when he left office in 1981, according to Gallup polling.

Brinkley said some of his White House actions are tied directly to some of his post-presidential efforts. “It’s all Jimmy Carter,” Brinkley said. “He used the White House as a stepping stone for greater achievement meaning they are connected – the presidency and the post-presidency,” proclaimed Brinkley, who travelled with Carter to such places as Haiti and the Middle East.

“Jimmy Carter is being seen as one of the great humanitarian and state persons of the 20th and 21st century.”

His image was greatly enhanced when he won the 2002 Nobel Peace Prize, which was awarded for his “untiring efforts” to find peaceful solutions to global conflicts and to advance democracy and human rights. Carter is the living man with the most top 10 finishes when Gallup asks who is the most admired man in the United States. With 29 mentions in the top 10, Carter ranks third all-time behind the Reverend Billy Graham and Ronald Reagan.

“He sets the model. He fulfils the model to the highest level” of the activist post-presidency, Perry said.

“The whole array of things that he has done for the betterment of humanity with his wife Rosalynn … contrast with other presidents with the way he has decided to use his time,” Alter said.

He dedicated himself to such causes as promoting democracy, monitoring worldwide elections and eradicating diseases.

Perhaps the best known of his activities is promoting Habitat for Humanity’s building of homes for the needy. Not only does he support Habitat with words, he has even helped in some of the building. Unlike other some other recent former presidents, he didn’t give speeches for major payouts. The proceeds from his books went to nonprofits.

“The other former presidents are just to the extent they devote time to good deeds is less time than Carter devotes. The results are not as significant,” Alter said.

“No one has come up to his level because of who he is,” Perry said.

Still, Carter was a one-term president hampered by the handling of the Americans held hostage in Iran. His political skills were much criticised alienating much of the Democratic Party, and he had his share of weaknesses and failures, including his handling of an energy crisis.

Historians have mixed views of him. Brinkley said he is not one of the nation’s top 10 presidents. In a C-SPAN survey of historians ranking former presidents, Carter came in 26th this year. He has ranked in the 20s since 2000 with Ronald Reagan, Barack Obama, Bill Clinton and George HW Bush surpassing him.

Carter’s amazing endurance is another reason cited by historians as bolstering his image. Not only is he now the oldest living former president, he and his wife celebrated their 75th wedding anniversary this past July making them the longest living first couple in US history.

He has survived several health scares – in 2015 being diagnosed with brain cancer that many believed would be terminal but by the next year, he was in remission. In 2019, he fell several times, resulting in a pelvic fracture and a broken hip. Then, he had surgery after one of the falls resulted in pressure on the brain.

“The man just seems to be indestructible. Americans like that,” Perry said. 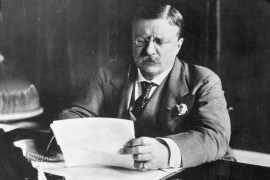 No matter their shortcomings, former presidents have a way of still exerting influence. Will the same be true for Trump? 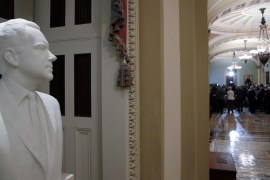 Is US politics more toxic today than it was 50 years ago? 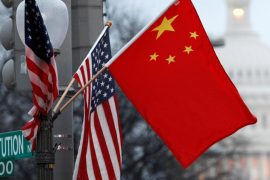