A prominent human rights group has condemned the United Arab Emirates (UAE) Dubai Expo 2020 as an attempt to gloss over rights abuses committed by the Gulf country.

The expo, which has been billed as the Middle East’s first ever world fair and opens on Friday, is part of a decades-long campaign by the UAE to “whitewash its image and obscure its abuses”, Michael Page, deputy Middle East director at Human Rights Watch (HRW), said in a statement.

He called on countries participating in the months-long event, which has been in development for eight years, to not be complicit. The scathing message came days after the European Parliament called on member states to boycott the expo, citing rights concerns.

“Expo 2020 is yet another opportunity for the UAE to falsely present itself on the world stage as open, tolerant, and rights-respecting while shutting down the space for politics, public discourse, and activism,” Page said.

Organisers hope the Dubai expo, which was postponed due to the coronavirus pandemic, will attract 25 million visitors. It has been given the theme “connecting minds, creating the future”, according to the Bureau International des Expositions, the intergovernmental organisation that oversees world fairs.

HRW said that message is “at odds” with the rights violations committed by the UAE.

The organisation specifically highlighted allegations that the UAE “carried out a sustained assault on freedom of expression and association, arresting and prosecuting hundreds of independent lawyers, judges, teachers, students, and activists, and shutting down key civil society associations and the offices of foreign organizations, effectively crushing any space for dissent”.

With the opening of Expo 2020 Dubai, I congratulate my brother Mohammed bin Rashid & everyone that has been involved in this historic event. Over the next 6 months, the UAE will welcome people from across the world to share experiences & create a brighter future for all. pic.twitter.com/U7k1Ampa3o

The organisation noted the government’s continued denial of access to United Nations experts and human rights researchers, as well as critical journalists and academics.

It added that UN human rights experts have not been allowed into the country since a 2014 visit by the UN special rapporteur on the independence of judges and a subsequent report criticising a lack of judicial independence.

HRW also cited “the possible surveillance of the news media by the government”.

During an opening ceremony on Thursday night, UAE Crown Prince and de facto ruler Sheikh Mohamed bin Zayed Al Nahyan said the expo underscores the “the ethos of this land” as a meeting point for cultures and tolerance.

Organisers say 192 nations will be represented at the event, which will run for 182 days. 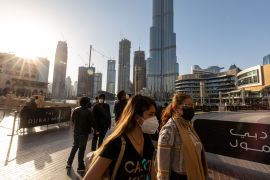 No proof of vaccines or tests required to enter Dubai Expo

The Dubai World Expo is expected to attract 25 million visitors over the course of six months. 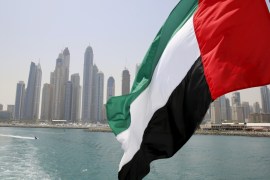 OHCHR highlights torture of prisoners, discrimination against women and treatment of migrant workers in Gulf state. 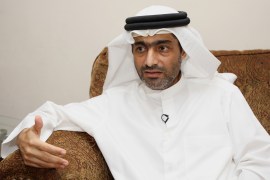