Gladys Berejiklian, the premier of the Australian state of New South Wales (NSW), has abruptly resigned after the state’s corruption watchdog said it was investigating whether she was involved in conduct that “constituted or involved a breach of public trust”.

“I love my job … but I have been given no option,” Berejiklian said at a news conference on Friday adding that the issues being investigated were “historical matters”.

“I state categorically I have always acted with the highest level of integrity,” she said.

The NSW Independent Commission Against Corruption (ICAC) said in a statement on its website that it will hold further public hearings as part of its ongoing investigation, Operation Keppel, on October 18.

That investigation has already heard Berejiklian was in a secret relationship with a state legislator who is the focus of its corruption investigation.

The ICAC statement said the scope of the commission’s investigation had widened and includes “whether, between 2012 and 2018, the Hon Gladys Berejiklian MP engaged in conduct that constituted or involved a breach of public trust by exercising public functions in circumstances where she was in a position of conflict between her public duties and her private interest as a person who was in a personal relationship with the then NSW Member of Parliament, Mr Daryl Maguire”.

Maguire told an inquiry last year he had received envelopes containing thousands of dollars in cash at his parliament office as part of a scheme for Chinese nationals to fraudulently acquire visas.

Berejiklian had also told the anti-corruption body last year that she was in a “close personal relationship” with Maguire from “around the 2015 state election”.

She said that she had kept the relationship a secret because she was a “very private person”.

Following her announcement, Australian Prime Minister Scott Morrison praised Berejiklian, adding that she was a dear friend who had “displayed heroic qualities” in her job.

“I know how much she is trusted and respected by the people of NSW,” he added.

She has been in the state parliament since 2003 representing northern Sydney and has previously served as the state’s treasurer, and as transport minister. 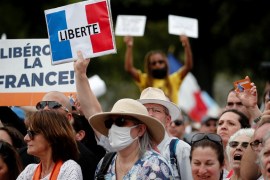 People take to the streets in Australia, France, Italy and the UK in protests against lockdowns, vaccine pass schemes. 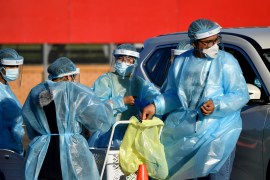 Rural farming town and beach resort on alert after people defy lockdown to travel out of Sydney. 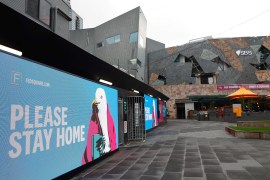 Canberra goes into one-week lockdown after detecting its first locally acquired case of COVID-19 in more than a year.