India’s foreign minister has told Sri Lanka’s president that the country will be prioritised when Indian-produced COVID-19 vaccines are ready for export, the president’s office said.

Indian Foreign Minister Subrahmanyam Jaishankar made the pledge in a meeting with Sri Lankan President Gotabaya Rajapaksa in response to the president’s request for vaccines produced in India, Rajapaksa’s office said in a statement on Wednesday.

“We are now looking at post-COVID cooperation and I carry back with me Sri Lanka’s interest in accessing vaccines from India,” said Jaishankar.

His Sri Lankan counterpart Dinesh Gunawardena said India’s “‘Neighbourhood First’ policy made a very positive impact on our health sector and the economy during the critical period, unprecedented crisis”.

India’s drug regulator has approved two vaccines for emergency use for COVID-19 – one developed by Oxford University and United Kingdom-based drug maker AstraZeneca, and another by the Indian manufacturer Bharat Biotech.

Serum Institute of India, the world’s largest vaccine manufacturing company, has been contracted by AstraZeneca to make one billion doses for developing nations, including India.

However, delivery of the vaccine outside India is likely to take a number of months.

COVID-19 cases have spiked in Sri Lanka in recent months. At least 217 people have died.

However, authorities were undecided on a vaccine until last month.

Jaishankar, who is on a two-day visit to Sri Lanka, also reiterated India’s backing for Sri Lanka’s reconciliation process and an “inclusive political outlook” that encourages ethnic harmony.

The Indo-Sri Lanka Accord signed in 1987 called for the devolution of power to Sri Lanka’s Tamil minority regions and resulted in the 13th Amendment to the Sri Lankan constitution, which created provincial councils with a degree of decentralised power.

“It is in Sri Lanka’s own interest that the expectations of the Tamil people for equality, justice, peace and dignity within a united Sri Lanka are fulfilled,” he said.

India sent a peacekeeping force to implement the agreement but ended up fighting with the rebels before returning home with heavy losses.

Sri Lankan government forces crushed the rebels in 2009, ending a 26-year civil war that killed at least 100,000 people, according to the United Nations.

Successive Sri Lankan governments have pledged to India that they will share more power with the Tamils to ensure peace, but President Rajapaksa, who was elected last November, has rejected the idea. 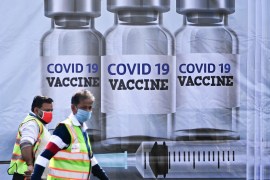 Opposition politicians and former ministers warn approval may be premature and risky after government fast-tracks Covaxin. 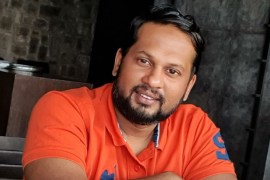 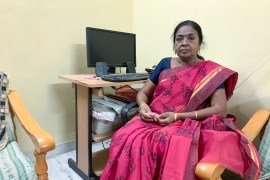 Vedanta was forced to shut a southern India plant in 2018, thanks to campaigning by teacher-turned activist Fatima Babu.