Tehran, Iran – Iran has rejected European criticism of the country’s enrichment of uranium to 20 percent as China urged restraint and the United States slammed the move defying the nuclear accord.

During his weekly press conference in Tehran, government spokesman Ali Rabiei said Iran’s announcement on Monday that it started enriching uranium to a purity of 20 percent is fully in line with legislation mandated by parliament and article 36 of the nuclear deal it reached with world powers in 2015.

“So long as all parties [to the nuclear deal] do not stand by their commitments, Iran deems its right to react appropriately,” Rabiei said, adding Iran can quickly reverse the decision as soon as others implement their pledges.

“Instead of issuing statements and expressing concern about Iran using its rights, the European Union should think something about its own commitments left on the ground.”

Shortly after Iran announced it had resumed enriching 20 percent uranium at the Fordow nuclear plant and would have the first batch of end product UF6 within hours, the EU warned the move was a “considerable departure” from Tehran’s commitments under the nuclear deal.

The European Commission said on Tuesday it regretted Iran’s decision.

“We are highly concerned by the measures taken by Iran. This action is in breach of Iran’s nuclear commitments and will have serious implications,” a spokesman for the Commission told a regular briefing. “It is regrettable but it is also highly important … that we maintain the agreement.”

China on Tuesday urged “all sides” to exercise calm and restraint and “to stick to the commitments of the agreement and to refrain from taking actions that might escalate tensions” in an effort to let diplomatic efforts prevail.

Under the nuclear deal, Iran committed to capping uranium enrichment at 3.67 percent while also limiting its uranium stockpiles and advanced centrifuges.

As verified by the International Atomic Energy Agency (IAEA) in 12 reports, Iran remained fully committed to the nuclear deal until May 2019, when it announced it would gradually scale down its commitments in response to shortcomings by other parties.

A year earlier, the US unilaterally exited the deal and imposed harsh economic sanctions on Iran while Europe shunned business dealings with Iran for fear of US reprisals.

Iran was only enriching uranium up to 4.5 percent after scaling down its commitments.

After top Iranian nuclear and military scientist Mohsen Fakhrizadeh was assassinated near Tehran in late November, parliament passed a bill that obligates the government to increase enrichment and uranium stockpiles.

As US President-elect Joe Biden assumes office on January 20 on promises of restoring the nuclear deal, the legislation also calls on the government to expel IAEA inspectors in two months if other parties to the deal fail to abide by their pledges.

The government of moderate President Hassan Rouhani has said it opposes the legislation but has no choice but to obey the law.

On Monday, the outgoing Donald Trump administration said the move by Iran is “a clear attempt to increase its campaign of nuclear extortion”.

Israeli Prime Minister Benjamin Netanyahu, whose country is widely believed to be behind Fakhrizadeh’s assassination, said the move shows Iran is trying to develop a “military nuclear programme”.

Iran denies ever trying to build a nuclear weapon.

Ali Akbar Salehi, head of Iran’s Atomic Energy Agency, on Tuesday said the organisation can produce between 17 to 20 grams of 20 percent enriched uranium per hour.

“So we can produce about eight or nine kilograms per month and reach the 120 kilograms per year demanded of us by law,” he said following a ceremony to name a building in the organisation in honour of Fakhrizadeh.

Salehi also said the organisation plans on installing 1,000 IR-2M centrifuges, two cascades of which consisting of 320 centrifuges have already been installed.

Iran’s nuclear chief added efforts are under way to secure funding to install the 1,000 next-generation IR-6 centrifuges demanded by law without saying where the funds will be provided from.

Shortly after the law was approved by the parliament and the powerful constitutional vetting body Guardian Council, Salehi harshly criticised it.

In a late-night interview on state television on Monday, Iran’s Deputy Foreign Minister Abbas Araghchi said the 20 percent enriched uranium will be used to fuel the Tehran Research Reactor located in Tehran University.

“The Tehran Research Reactor both has research uses and produces radiopharmaceuticals,” he said.

“Perhaps close to one million people or more need the radiopharmaceuticals that are produced in this reactor so it is a vital need that cannot be shut down.” 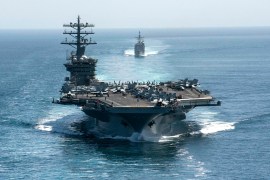 Concerns are running high about Iran stoking tensions, particularly around the killing anniversary of a top general. 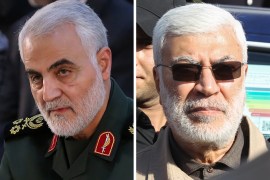 Iran issues Interpol notice for 48 US officials including Trump

Second Interpol arrest request for President Donald Trump comes two weeks before he has to leave the White House. 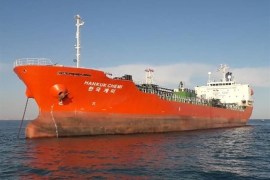 Efforts on to get tanker released amid tensions over $7bn in Iranian funds frozen in Korean banks due to US sanctions.