Tens of thousands of poultry will be slaughtered in India after an outbreak of deadly avian influenza was found to have killed scores of birds across the country, officials said on Tuesday.

At least six Indian states have stepped up efforts to contain two strains of bird flu – H5N1 and H5N8 – in recent days after the deaths of thousands of migratory birds, ducks, crows and chickens.

H5N8, an avian influenza subtype among poultry and wild birds, has spread across several countries since early last year.

Officials in northern Himachal Pradesh state said carcasses were found over the past week at a Himalayan lake that witnesses large flocks of migratory birds during the winter season.

“The death toll in the last week or so at the Pong lake crossed 2,400 migratory birds. Over 600 birds died on Monday,” state wildlife chief Archana Sharma told AFP.

Most of the dead were Central Asian high-altitude bar-headed geese – one of the world’s highest-flying birds – that migrate to South Asia in their thousands during the winter season.

Local authorities have banned the sale and export of poultry in the region and have stepped up testing to control the spread.

The mass deaths came amid a cull of nearly 35,000 poultry in the southern Kerala state, where an H5N8 virus outbreak killed up to 12,000 ducks.

Authorities said the slaughter was ordered within a one-kilometre (0.6-mile) radius of the infection epicentre.

More than 20 farms said their flocks were wiped out by an “unknown disease” and samples have been sent to labs for testing.

Western Rajasthan and central Madhya Pradesh states have also reported hundreds of crow deaths caused by H5N1 and H5N8 over past weeks.

India has witnessed bouts of devastating bird flu outbreaks in recent decades, most seriously in 2008, when millions of poultry were culled. 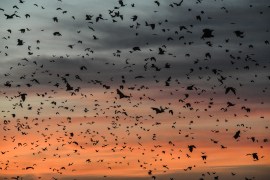 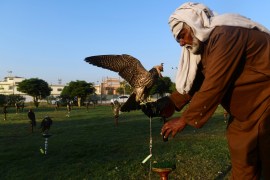 For years, Pakistan has stood at the nexus of the falcon trade, which though officially banned, is on the rise. 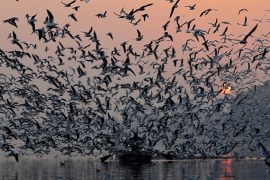 A new study based on an assessment of nearly 867 Indian species says bird species are in an overall decline. 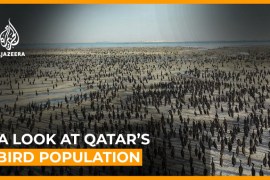 A look at Qatar’s bird population

Did you know that Qatar is home to a diverse array of wildlife and at least 200 species of birds?