The 41st annual six-member Gulf Cooperation Council (GCC) summit is expected to herald in a new chapter of revised relations and a preliminary end to the Gulf crisis following Saudi Arabia’s reopening of its land border with Qatar.

The summit, which will take place on Tuesday in the northwestern Saudi city of Al-Ula, comes during a reconciliatory atmosphere, where Saudi Arabia, in particular, has been at the forefront of seeking to end the diplomatic dispute with Qatar.

Riyadh is also set to open its airspace and sea border, according to a statement by Kuwait’s foreign minister – whose country has been a mediator in the crisis.

“The 41st summit marks the beginning of a new chapter for the GCC as it enters its fifth decade,” secretary-general of the GCC, Nayef Falah al-Hajraf, said.

In June 2017, Saudi Arabia and its allies, the United Arab Emirates (UAE), Bahrain and Egypt severed ties with Qatar and imposed a naval, air and land blockade on the country.

The quartet accused Doha of being too close to Iran and supporting terrorist groups. Qatar has vehemently denied the allegations and accused its neighbours of attacking its sovereignty.

More than three years on, Qatar has largely managed to weather the blockade, which has lapsed into a deadlock. However, the latest moves of rapprochement by Saudi Arabia point to an ending of the impasse.

What has Saudi Arabia said?

Saudi Crown Prince Mohammed bin Salman said on Monday the GCC summit will be “inclusive”, leading the states towards “reunification and solidarity in facing the challenges of our region”.

According to Kuwait’s Foreign Minister Ahmad Nasser Al Sabah, Saudi Arabia has agreed to reopen its airspace and land and sea borders to Qatar.

Last month, Saudi Foreign Minister Prince Faisal bin Farhan Al Saud stated a resolution of the Gulf diplomatic crisis was in sight and a final agreement was expected soon, with all nations involved “on board”.

“We are in full coordination with our partners, and everyone is on board for the process as it stands,” he said.

“What we envision is a resolution that covers all aspects and is satisfactory to all parties involved,” he added.

Washington has intensified pressure on the blockading nations to resolve the crisis, insisting Gulf unity is necessary to isolate Iran, the rival of the United States, as the curtain falls on Donald Trump’s presidency.

“Of the blockading states, Saudi Arabia likely finds itself under the most pressure to ease its stance against Qatar, especially as the kingdom worries about potential challenges from Washington in the post-Trump period,” Giorgio Cafiero, CEO of Gulf State Analytics, a Washington, DC-based consulting firm, told Al Jazeera.

Where do Bahrain and the UAE stand on the issue?

Egypt and the UAE have given public support for the reconciliation process, although diplomatic sources say the Emirates has been reluctant to compromise.

However, a statement by the UAE’s Minister of State for Foreign Affairs Anwar Gargash said the GCC is “headed in the right direction”.

“We stand before a historic summit in Al-Ula, through which we restore our Gulf cohesion and ensure that security, stability and prosperity is our top priority,” he said in a Twitter post.

On the other hand, Bahrain has repeatedly clashed with Qatar over the enforcement of maritime boundaries, with several incidents in recent months that have seen the Qatari coastguard intercept Bahraini vessels.

In a letter to the United Nations Security Council, Qatar alleged that Bahrain flew four of its fighter jets over Qatar’s territorial waters on December 9.

In its own letter to the UN, Manama denied it breached Qatari airspace during what it described as a routine exercise in Saudi Arabian and Bahraini territory.

Bahrain is acting as “a proxy”, said Andreas Krieg, an assistant professor at King’s College London. “While the UAE and Saudi feel pressure to fall in line with US pressure, they can use Bahrain as a disruptor to continuously show their discontent with Qatar.”

Egypt has also been invited to attend the summit.

Despite being invited on each occasion, Qatar’s Emir Sheikh Tamim bin Hamad Al Thani has not attended a GCC summit since the crisis began in 2017, choosing instead to send diplomats and officials in his place.

However, Qatar’s Government Communications Office (GCO) confirmed late on Monday that Sheikh Tamim will attend the GCC summit on Tuesday.

The Qatari leader’s participation signals a significant easing of divisions.

Bahrain will be represented by its crown prince instead of the king at the annual summit and the UAE delegation is headed by the federation’s vice-president, who is also the ruler of Dubai.

What are potential solutions in sight?

UAE’s Gargash tweeted on December 22 that “political and social atmospheres in the Gulf are looking to end the Qatar crisis” but complained about Qatari media – a longstanding grievance in the boycotting countries.

Another issue is the coronavirus pandemic – and the test of whether the GCC countries can truly overcome the setbacks wrought by it as a unified bloc.

The six countries are expected to discuss ways to overcome the effects of COVID-19 and proposals to revive the economies.

“We stress the importance of strengthening all areas of Gulf cooperation … by strengthening and supporting joint action to contribute to restoring economic recovery and growth and returning to normal life to achieve sustainable development goals after the pandemic,” the GCC secretary-general al-Hajraf said. 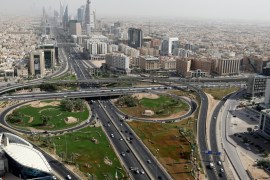 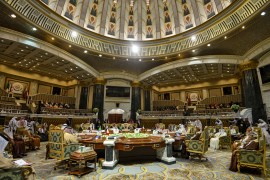