WikiLeaks founder and publisher Julian Assange should not be extradited to the United States to face espionage charges, a UK court ruled on Monday.

District Judge Vanessa Baraitser said such a move would be “oppressive” taking into account Assange’s mental health, saying he was at risk of suicide.

While his supporters welcomed the move, there was still an air of caution as many expect the US government to appeal the decision, meaning Assange will continue to be held at Belmarsh prison in London, a maximum security facility.

The US has charged him with hacking government computers and espionage in relation to WikiLeaks’s publication of hundreds of thousands of leaked documents between 2010 and 2011 about the Afghanistan and Iraq wars.

Assange and his legal team have long said the case against him is politically motivated.

Here is how the world has reacted:

Chomsky told Al Jazeera: “We can celebrate the fact that Assange won’t be sent to the barbaric US incarceration system, but the rest was a disaster.”

“The verdict was a gift to the Biden administration. They will not have to bear the onus of a trial that would be an international scandal,” he said.

“Assange is dismissed as mentally ill. The verdict gives a judicial imprimatur to the US government charges, no matter how ludicrous they are and how thoroughly the were refuted by defence witnesses.

“That grants license to use them next time the government wants to silence someone who is informing the public about state crimes that authorities would like to conceal.”

Editor-in-Chief of WikiLeaks Kristinn Hrafnsson said the day was a “win” for the 49-year-old Australian, but not for press freedom and journalism.

“It is a win for Julian Assange – but it is not necessarily a win for journalism … the US side should drop the appeal and say enough,” he said.

WikiLeaks' Kristinn Hrafnsson: 'It is a win for Julian Assange – but it is not a win for journalism. The US government should drop their appeal and let Julian go free. #AssangeCase pic.twitter.com/1b1J2qQQAf

“Its not over till he’s safely home and all charges dropped, but today was the best news,” Christine posted on Twitter.

“Its been 10 long traumatic years.”

Its not over till hes safely home & all charges dropped, but today was the best news..

Its been 10 long traumatic years..

I hope I will hold my son again soon..like I did here in 2010 pic.twitter.com/U4H1XkFT9l

“Today’s victory is the first step towards justice in this case,” Moris, who has two children with Assange, told reporters outside the court.

She added that the publisher’s freedoms “were coupled with all our freedoms”, calling on US President Donald Trump to pardon Assange.

Stella Moris: Julian’s freedom is tied to all of our freedoms. I call on insiders to come forward to expose the full extend of the misconduct in this case. #FreeJulian #FreePress pic.twitter.com/9G63VXeGjo

M.I.A, who has long supported Assange, welcomed the decision as a “great vibe for 2021”. She also claimed on Twitter that she had previously asked Prince William to help “free Assange”, to which he reportedly replied it was “not in my power”.

Ok this is a great vibe for 2021. Thank you British legal system for empathising with truth.

The Mexican president said he is ready to offer political asylum to Assange and supported the decision of a UK judge to deny his extradition to the US.

“Assange is a journalist and deserves a chance, I am in favour of pardoning him,” Obrador told his regular news conference. “We’ll give him protection.”

Correa, who had granted Assange asylum in the country’s London embassy in 2012, said the blocking of his extradition was “great news”.

“Great news for the world! Congratulations to Julian, but also to his extraordinary team of lawyers,” he said on Twitter.

Sultana said the decision not to extradite Assange was “right” and that he should be released from Belmarsh immediately.

Today’s court ruling to not extradite Julian Assange to the US to face espionage charges is the right decision.

He should be released from Belmarsh prison immediately.

Snowden thanked all those who supported Assange, calling his trial “one of the most dangerous threats to press freedoms in decades”.

Thank you to everyone who campaigned against one of the most dangerous threats to press freedom in decades. https://t.co/SVHvliVxLl

The British member of Parliament said extraditing Assange would be “an attack on press freedom” and he should be released from prison.

Good news the extradition of Julian Assange has been refused.

Extradition would be an attack on press freedom.

It is alarming the judge has accepted US Government arguments threatening freedom of speech and to publish.

Assange should be released.

The Australian veteran journalist called the verdict “wonderful”, adding that it was a face-saving moment for the UK to “justify their disgraceful political trial of Assange”.

Julian #Assange has been discharged by the judge at the Old Bailey on grounds that he was too great a suicide risk if extradited to the US. This is wonderful! It's a face-saving cover for the British to justify their disgraceful political trial of #Assange on America's behalf.

The UK-based organisation welcomed the decision while condemning the UK government for “putting media freedom and freedom of expression on trial”.

We welcome the fact that Julian Assange will not be sent to the USA, but this does not absolve the UK from having engaged in this politically-motivated process at the behest of the USA and putting media freedom and freedom of expression on trial.

Despite calling the decision as “great news”, Greenwald said Judge Baraitser had mostly endorsed the US government’s arguments.

“This wasn’t a victory for press freedom. Quite the contrary: the judge made clear she believed there are grounds to prosecute Assange in connection with the 2010 publication,” he tweeted.

The rejection by the UK court of the US Govt's request to extradite Julian Assange to stand trial on espionage charges is obviously great news. But the judge endorsed most of the USG's theories, but ultimately found the US prison system too inhumane to permit extradition.

This wasn't a victory for press freedom. Quite the contrary: the judge made clear she believed there are grounds to prosecute Assange in connection with the 2010 publication.

It was, instead, an indictment of the insanely oppressive US prison system for security "threats."

The British author and conservative critic condemned journalists who he alleged previously refused to “speak up for Julian Assange”, calling it a “pitiful performance (one of many) by our trade”.

“How does it feel to be out-libertied by an Old Bailey [court] Judge?” he asked.

To all those journalists who did not have the courage to speak up for Julian Assange when he was alone and threatened with life in a US dungeon – how does it feel to be out-libertied by an Old Bailey Judge? A pitiful performance (one of many) by our trade.

With reporting by Usaid Siddiqui. 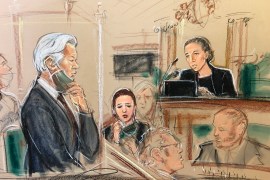 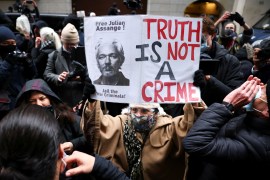 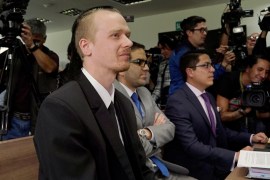 Swedish friend of Assange fights to clear his name in Ecuador

Software developer Ola Bini, accused of accessing a computer system illegally, is expected back in court this month. 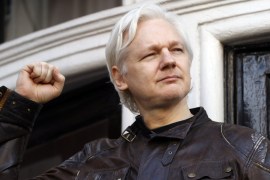 Julian Assange: What you need to know about the WikiLeaks founder

The Australian-born whistle-blower is facing espionage and hacking charges in the US, facing up to 175 years in prison.