A teenager in Singapore has been detained under the country’s strict Internal Security Act (ISA) for plotting to kill Muslims in two mosques on the March 15 anniversary of the deadly 2019 Christchurch attacks, the government said on Wednesday.

The 16-year-old student, who is a Protestant Christian of Indian ethnicity, is the youngest to be detained under such laws, the Ministry of Home Affairs (MOHA) said in a statement, adding that the teenager, who was inspired by “far-right extremist ideology”, was detained last month.

“A secondary school student at the time, he was found to have made detailed plans and preparations to conduct terrorist attacks using a machete against Muslims at two mosques in Singapore,” the ministry said.

The ISA law allows for detention without trial.

The teenager, who has not been identified, had mapped out his route and chosen Assyafaah Mosque and Yusof Ishak Mosque as his targets near his home in northern Singapore, the ministry said, adding that he also had the intention of live-streaming his planned attack.

“He was self-radicalised, motivated by a strong antipathy towards Islam and a fascination with violence.

“He had also watched Islamic State in Iraq and Syria (ISIS) propaganda videos, and came to the erroneous conclusion that ISIS represented Islam, and that Islam called on its followers to kill non-believers,” the statement said referring to the ISIL group.

The ministry said the teen was clearly influenced by Australian white supremacist Brenton Tarrant who shot dead 51 Muslims attending Friday prayers at two mosques in Christchurch, New Zealand on March 15, 2019. He had also streamed the shooting live on Facebook.

Tarrant was sentenced to life imprisonment without parole last year in August.

The MOHA said in the statement that the teenager admitted during the investigation that he could only “foresee two outcomes to his plan – that he is arrested before he is able to carry out the attacks, or he executes the plan and is thereafter killed by the police”.

“He went in fully prepared, knowing that he is going to die, and he was prepared to die,” Law and Home Affairs Minister K Shanmugam was quoted as saying by local media.

In December, the International Security Department (ISA) said a 48-year-old Singaporean man was detained under the ISA for being “actively” involved in the civil war in Yemen.

“Sheik Heikel Khalid Bafana, who was in Yemen from 2008 to 2019, had volunteered to take up arms and also worked as a paid agent for a “foreign power” by collecting intelligence on Yemen,” ISD has told the local media.

Shanmugam pointed out that since 2015, seven people under the age of 20 have been detained or “given restriction orders under the ISA”. 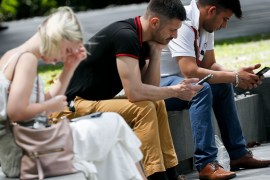 Tiny opposition party takes government to court over order on two Facebook posts and an article on its website. 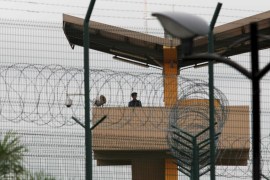 Malaysian man sentenced to death in Singapore via Zoom call

Punithan Genasan, a 37-year-old Malaysian, received the sentence for his role in a 2011 heroin transaction. 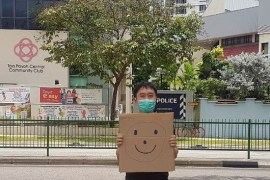 Jolovan Wham is facing charges under Public Order Act after posing for a photo with his placard in March.