Islamabad, Pakistan – Pakistan’s government says it will review new internet regulations that rights groups have decried as a draconian measure to limit freedom of speech and increase internet surveillance.

During a hearing on a petition challenging the legality of the Removal and Blocking of Unlawful Online Content (RBUOC) rules in the capital Islamabad on Monday, Pakistan’s Attorney General Khalid Jawed Khan said civil society groups would be among those invited for consultations.

The new rules were passed in November that set broad parameters for the country’s internet regulator to censor online content.

They also required social media companies to comply with all Pakistani government censorship requests within 24 hours, and in some cases six hours.

The RBUOC rules are an expansion of the government’s powers under the Pakistan Electronic Crimes Act (PECA), which was passed in 2016.

They allow the Pakistan Telecommunications Authority (PTA), the country’s internet regulator, to censor content deemed to be violative of “the glory of Islam”, the “integrity, security and defence of Pakistan”, “public order” or “decency and morality”.

The regulations allow the government to ban online platforms like Facebook, Twitter and YouTube if they do not comply with takedown requests; require all platforms – including messaging apps like WhatsApp – to share users’ decrypted data with authorities without judicial oversight; and give the PTA broad powers to levy fines of up to $3.14m in case of non-compliance.

Rights groups decried the rules as being violative of citizens’ freedom of expression rights and having been passed without adequate consultations with civil society, while technology companies – including tech giants Google, Facebook and others – said the rules’ data localisation and decryption requirements would be impracticable.

“Every time civil society, social media platforms and internet companies have pushed back against the social media rules and regulations, the government has promised a more transparent and wide-ranging consultative process, and then come back with many of the same objectionable rules intact,” said journalist Amber Rahim Shamsi, who is one of the petitioners in the case at the Islamabad High Court.

“We had no choice but to go to court. The attorney general’s promise for a review is reason to hope, particularly with the court as a kind of guarantor.”

Other rights activists, however, warned that they had little faith in the government’s promises to review the rules.

“The government, in my opinion, is only doing this to take the pressure off itself, which is a result of public criticism and now court challenges,” said Farieha Aziz, co-founder of the digital rights group Bolo Bhi.

Aziz, whose organisation held consultations earlier this year on a draft version of the rules that the PTA refused to attend, accused the government of “act[ing] in bad faith throughout”.

“They could have started out by being more transparent and approachable … Their previous track record with repeated changes to the rules as per their discretion, not reflective of input, inspires little faith.”

Technology companies have also expressed “alarm” at the regulations, with the Asia Internet Coalition (AIC), a regional organisation that represents Google, Facebook, Twitter and others, saying in December that the government’s consultative processes so far had been “neither credible nor transparent”.

“Large portions of the Rules are not only unworkable for global internet platforms, they go beyond the scope of the Parent Act (PECA 2016), putting their legality into question,” said the AIC in an open letter to Pakistani Prime Minister Imran Khan.

“In particular, the data localisation requirements in the Rules will prevent Pakistani citizens from accessing a free and open internet and shut Pakistan’s digital economy off from the rest of the world.” 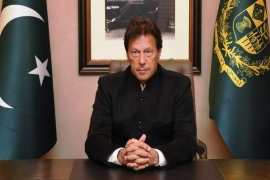 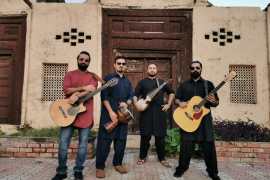 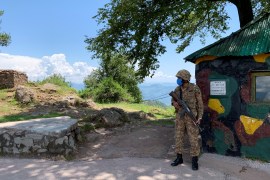