A loud explosion shook Riyadh on Tuesday three days after the kingdom intercepted a projectile fired over the Saudi capital.

No immediate reaction came from Saudi Arabia, which has come under repeated missile or drone attacks from Houthi rebels in neighbouring Yemen since 2015.

The blast rattled windows across the Saudi capital at about 1pm (10:00 GMT), witnesses said. Some residents reported hearing two blasts on social media.

Saudi Arabia-owned Al Arabiya TV cited local reports of a blast and videos circulating on social media of a missile being intercepted over Riyadh. 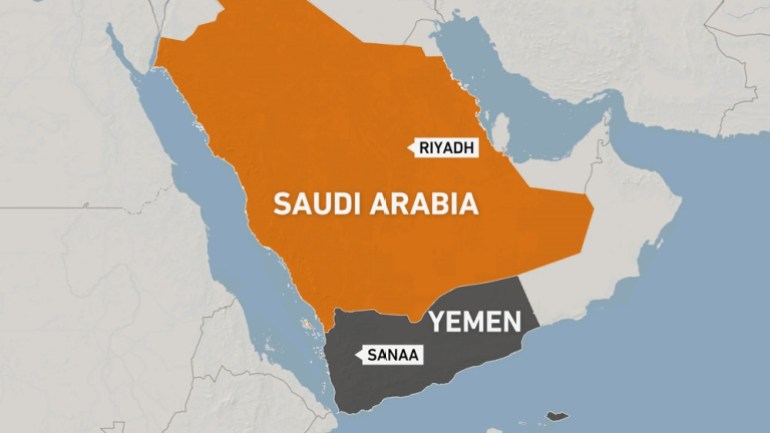 On Saturday, the Saudi Arabia-led coalition, which backs Yemen’s internationally recognised government against the Houthis, said it intercepted and destroyed a “hostile air target” heading towards Riyadh, state television reported.

The brief statement did not identify the source of the target and the Houthis said they were not involved.

Saudi Arabia has led a military intervention against the Houthis since 2015 and has repeatedly been targeted with cross-border attacks.

It is rare, however, for drones or missiles launched by the Houthis to reach the kingdom’s capital – about 700km (435 miles) from the border.

The incident comes only days after Joe Biden was sworn in as the US president, replacing Donald Trump.

On Monday, the Biden administration froze sanctions on dealings with the Houthis for one month as it reviews a “terrorism blacklist” imposed under Trump, which aid groups warned would aggravate the already-devastating humanitarian crisis.

Relief groups say they have no alternative but to deal with the rebels who control much of Yemen, including the capital, Sanaa.