India and China have said the latest round of talks between their countries’ army commanders to resolve a border confrontation in the Himalayan region of Ladakh had been “positive, practical and constructive”.

“The two sides agreed to push for an early disengagement of the front-line troops,” a joint statement issued by India’s defence ministry said on Monday.

The government said the ninth round of talks on Sunday had also “enhanced mutual trust and understanding”, with both countries willing “to maintain the good momentum of dialogue and negotiation”.

The statement came hours after Indian officials said soldiers from the nuclear-armed neighbours brawled last week along a disputed stretch of their shared border in the eastern Himalayas. 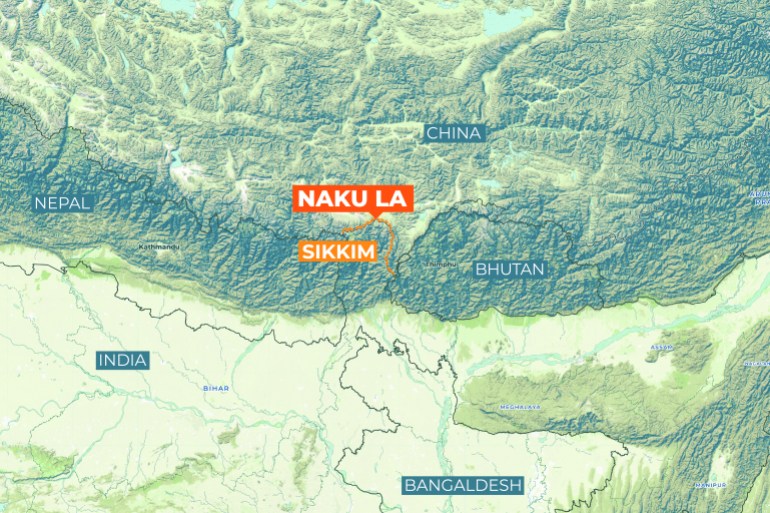 “There was a minor face-off at Naku La area of North Sikkim on 20 January 2021 and the same was resolved by local commanders as per established protocols,” the Indian army said in a statement, without elaborating.

Naku La connects the Indian state of Sikkim to the Tibet region in China. Sikkim is thousands of kilometres away from Ladakh where the military crisis began last year and erupted into hand-to-hand combat that left 20 Indian soldiers dead and an unspecified number of Chinese casualties.

Chinese foreign ministry spokesman Zhao Lijian said he did not have anything to offer on last week’s incident but urged India “not to take any unilateral action that may further complicate or exacerbate the border tension”.

India and China have been locked in a tense military standoff since May high in the Karakoram mountains, with troops settling in for the harsh winter. Both sides have mobilised tens of thousands of soldiers, artillery and fighter aircraft along the fiercely contested border known as the Line of Actual Control, or LAC, that separates Chinese and Indian-held territories from Ladakh in the west to India’s eastern state of Arunachal Pradesh, which China claims in its entirety.

Since then, soldiers from the two countries have brawled occasionally and fired shots for the first time in decades, breaking a longstanding agreement not to use firearms during border confrontations.

Two Indian security officials said at least 18 Chinese soldiers tried to cross into Indian-claimed territory at Naku La on Wednesday night and were blocked by Indian soldiers, leading to clashes with sticks and stones. The officials, who spoke to the Associated Press news agency on condition of anonymity because of the sensitivity of the issue and in keeping with government regulations, said soldiers on both sides were carrying firearms but did not use them.

Both sides rushed more soldiers to the area in an “aggressive deployment” that swelled the number of personnel to hundreds, the officials said.

The frontier is broken in parts where the Himalayan nations of Nepal and Bhutan border China, and where Sikkim, the site of the latest brawl, is sandwiched.

The LAC divides areas of physical control rather than territorial claims. Despite more than three dozen rounds of talks over the years and multiple meetings between Modi and Chinese President Xi Jinping, they are nowhere near settling the dispute.