Ankara, Turkey – The state-run religious authority has caused alarm by proclaiming the use of talismans to ward off “the evil eye” prohibited under Islam.

The proliferation of the eye-shaped blue glass amulets in Turkey is widespread, as is the belief in their ability to ward off malevolent or jealous intentions.

In a recently published fatwa – a legal or general decree by a religious authority or court – the Diyanet, which governs all matters relating to Islam in Turkey, denounced the use of the ornaments, known locally as nazarlik or nazar boncugu, as forbidden.

“Although the nature and condition of the evil eye are not known precisely, it is accepted by religion that some people can create negative effects with their gaze,” the Diyanet said in an advisory published on its website.

“In our religion, attitudes, behaviours and beliefs that attribute the ultimate influence on anything other than Allah are forbidden. For this reason, it is not permissible to wear evil eye amulets and similar things around the neck or anywhere for the purpose of benefiting from them.”

Belief in the power of the evil eye to cause harm dates back to ancient times and is widespread across the Mediterranean and parts of Asia.

The logic behind this conviction is that success or admirable objects inspire envy, which can be transmitted in a harmful gaze. Amulets are used to intercept the curse and protect the wearer.

The tradition is believed to date back to at least 3300 BCE and has become widely adopted in Turkey.

Nese Yildiran, professor of art history at Istanbul’s Bahcesehir University, said the blue colour of the beads relates to the sky god of the Central Asian Seljuk Turks.

“The Great Seljuks who accepted Islam continued the use of this colour in architectural decoration,” she said.

The use of two shades of blue, cobalt and turquoise in Muslim art “was also the result of expression with the understanding of Islam”, which incorporated the name of God and Arabic calligraphy, Yildiran added.

The charms are given to newborn babies – as new additions to the family are thought to be especially susceptible to the evil eye – and are also worn as jewellery.

More commonly though, they adorn homes, workplaces, cars and buses – more or less any place where they can be hung.

In a sign of the digital era catching up with ancient folklore, a nazarlik emoji was created in 2018.

“Many people believe in the power of the evil eye,” said Cansu Polat, a 35-year-old construction engineer who wears a small nazarlik around her neck.

“I’ve known many cases where people are complimented on something, like a new pair of shoes and shortly after they trip and scuff them. This is the evil eye, or so a lot of people think. Either way, it can’t hurt to have some protection.”

Given the pervasive nature of the symbols, many Turks have questioned why the Diyanet decided to issue a denouncement of a harmless tradition.

“They’re probably the best-selling product here, but I don’t think people really believe in the power of them. It’s just a nice tradition and they make good decorations.”

However, there are plenty who attest to the influence of the totems.

Mahmut Sur, 58, has been making the symbols in his workshop in the village of Nazarkoy, near the western city of Izmir, since boyhood.

“This is a belief,” he said. “They are blue because it’s thought that the colour blue distracts evil energy. Of course, I believe in them. It’s part of a culture that goes back 3,000 years.

“When you wear an amulet, if someone with bad energy looks at you the amulet averts the bad energy and protects you,” he added.

The Diyanet, or Directorate of Religious Affairs, did not respond to a request for comment.

In the past, it has been criticised and ridiculed for issuing fatwas against other practices, such as men dying their moustaches and beards, feeding dogs at home, tattoos and playing the national lottery.

“For Anatolians, it is cultural and traditional to believe in the protective power of blue beads,” Yildiran said. “The misconception of the Diyanet is in thinking it can abolish this traditional belief after ages.”

Instead, such pronouncements further alienated people from the directorate, “which has caused a huge social reaction with the enormous expenditures and waste they have made in recent years”.

The Diyanet has also been criticised for previous proclamations that appeared to condone or belittle child abuse and violence against women.

In such cases, the body has said its statements were misconstrued.

It has also come under fire for lavish spending on items such as luxury cars for its officials, as well as its growing budget, which at about $1.75bn outstrips those of both the foreign and interior ministries. 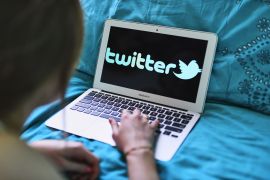 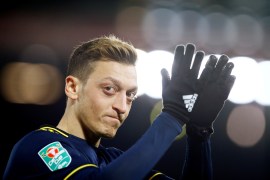 German midfielder says he is fit to play despite missing nearly a year of football.