The United Nations has received “disturbing” reports of sexual violence and abuse in Ethiopia’s conflict-hit Tigray region, including of individuals forced to rape members of their own family.

Pramila Patten, the UN’s special representative on sexual violence in conflict, said she was greatly concerned by serious allegations from the northern region, including “a high number of alleged rapes” in the Tigrayan capital, Mekelle.

“There are also disturbing reports of individuals allegedly forced to rape members of their own family, under threats of imminent violence,” Patten said in a statement on Thursday.

“Some women have also reportedly been forced by military elements to have sex in exchange for basic commodities.”

Patten called on all parties involved in the hostilities to commit to a zero-tolerance policy for crimes of sexual violence.

Abiy declared victory after federal forces entered the regional capital in late November, though leaders of the Tigray People’s Liberation Front (TPLF) remain on the run and have promised to fight on.

Thousands have died in the conflict, according to the International Crisis Group, though a communications blackout and media and humanitarian access restrictions have made it difficult to assess the situation on the ground.

In her statement on Thursday, Patten noted that “medical centres have indicated an increase in the demand for emergency contraception and testing for sexually transmitted infections (STIs) which is often an indicator of sexual violence in conflict”.

She called for full humanitarian access to Tigray, including camps for displaced people “and refugee camps where new arrivals have allegedly reported cases of sexual violence”.

She voiced concern about “more than 5,000 Eritrean refugees in and around the area of Shire living in dire conditions, many of them reportedly sleeping in an open field with no water or food, as well as the more than 59,000 Ethiopians who have fled the country into neighbouring Sudan”.

The caretaker administration in Tigray did not immediately respond to a request for comment.

Earlier this month, state media broadcast footage of a meeting during which an unidentified man in a military uniform expressed concern about rapes in Mekelle.

“Why are women being raped in Mekelle city,” the man asked.

“It wouldn’t be shocking had it been happening during the war, because it is not manageable so it could be expected. But at this moment while federal police and local police are back in town, it is still happening.” 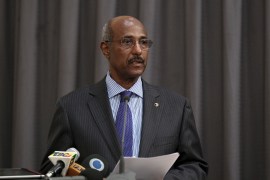 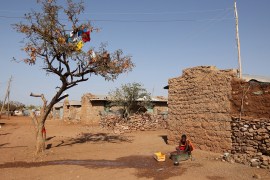 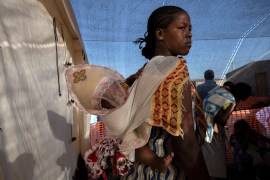 Humanitarians sound alarm for millions of people in need of emergency assistance in Ethiopia’s conflict-hit region.