The incoming administration of President-elect Joe Biden will keep the US embassy in Israel in Jerusalem, his nominee for secretary of state affirmed at his Senate confirmation hearing.

“Do you agree that Jerusalem is the capital of Israel and do you commit that the United States will keep our embassy in Jerusalem?” asked Republican Senator Ted Cruz of Texas.

“Yes and Yes,” said Antony Blinken in testimony on Tuesday.

Outgoing President Donald Trump announced the US recognition of Jerusalem as Israel’s capital in December 2017. The US moved its embassy to Israel from Tel Aviv to Jerusalem in May of the following year. 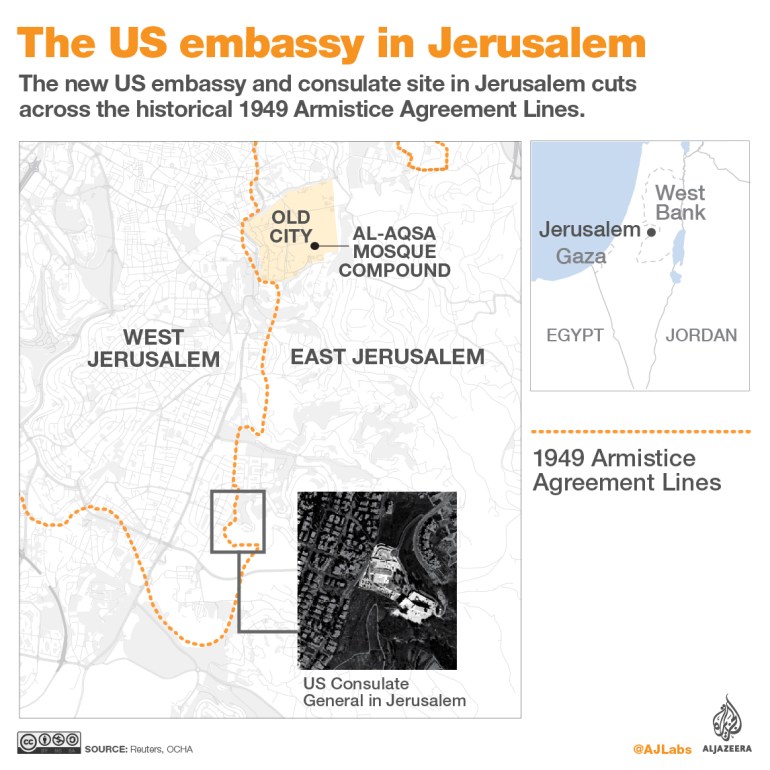 Jerusalem remains at the heart of the decades-long Middle East conflict, with the Palestinian Authority (PA) insisting that East Jerusalem – illegally occupied by Israel since 1967 – should serve as the capital of a Palestinian state.

“The only way to ensure Israel’s future as a Jewish, democratic state and to give the Palestinians a state to which they are entitled is through the so-called two-state solution,” Blinken said.

“I think realistically, it’s hard to see near-term prospects for moving forward on that. What would be important is to make sure that neither party takes steps that make the already difficult process even more challenging,” he added.

There has been no comment yet from the Palestinian leadership.

Lama Khater, a journalist based in the occupied West Bank city of Hebron, wrote in a Twitter post: “Everything is subject to change in the agendas of successive US administrations, except for absolute loyalty to Israel”.

The Trump administration has been unabashed in its open support for Israel.

The past four years have entrenched US favouritism for Israel through policies such as cutting off US aid to the PA and withdrawing funding to the UN refugee agency on which millions of Palestinians depend for education, food and livelihoods.

Going against international consensus, the Trump administration recognised Israel’s sovereignty over Jerusalem and the occupied Golan Heights and declared that settlement building is not illegal.

Nearly 500,000 Israelis live in settlements in the occupied West Bank. In recent years settlement expansion has intensified, threatening the viability of an independent Palestinian state as part of the two-state solution.

While Biden has indicated that his administration will restore Washington’s pre-Trump policy of opposing settlement expansion, he nonetheless claims “ironclad support” for Israel.

Analysts have pointed out that Biden’s Israel policy is likely to be a continuation, not a reset of the previous administration. Biden campaign officials have said he will likely not reverse Trump’s recognition of Israel’s sovereignty over the occupied Golan Heights either.

Biden has said he would leave the US embassy in Jerusalem.