Ousmane received 17 percent of the votes cast, the commission said on Saturday.

Former prime ministers Seini Oumarou and Albade Abouba respectively came third and fourth with 8.95 percent and 7.07 percent of the ballots.

The second round is expected to be held on February 21 after the results of the first round have been validated by the constitutional court, which will hear any appeals.

Bazoum, who has been both interior and foreign minister, campaigned on promises of improved security and education and had hoped to clinch victory in the first round.

Bazoum’s Nigerien Party for Democracy and Socialism (PNDS) is also leading in the legislative vote held at the same time with 80 of the 165 seats and five diaspora seats remaining to be decided.

Niger’s President Mahamadou Issoufou is stepping down after two five-year terms, which is expected to lead to the West African country’s first transfer of power between two democratically elected presidents.

Almost 7.5 million people cast their votes on Sunday to choose a successor to Issoufou, who in a New Year radio address hailed the election as “a new, successful page in our country’s democratic history”.

Insecurity overshadowed the campaigning, with Niger battered by armed groups on its southwestern border with Mali as well as its southeastern frontier with Nigeria.

Five years of violence in the former French colony have cost hundreds of lives with many more displaced. Earlier this month, 27 people died in an attack claimed by Boko Haram.

But security is not the only concern for the people in Niger, a country of 23 million people.

The country’s economy has been hit hard by the coronavirus pandemic with a fall in the price of its top export uranium.

It has also suffered due to the closure of the border with Nigeria, a key gateway for the import of essential goods.

“Most of the democratically elected governments [in Niger] have been coalitions,” he said.

Idris said the two presidential candidates are also courting support in the final round.

“The question is, will the voters come out? Already we’ve seen more than 30 percent of voters not turning out for this election,” Idris said.

“Will there be voter fatigue when the run-off [takes place] in February? That is what most political analysts think, but the political parties are hopeful they will pull out more voters to the voting booths … [since] the most votes will win the election”. 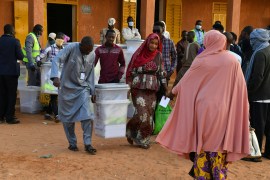 Almost 7.5 million cast their vote to choose a successor to President Issoufou. 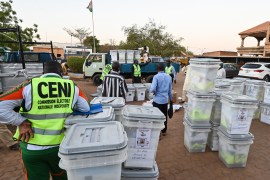 Niger heads to polls in search of first democratic transition

Some 7.4 million people are registered to vote for the new president. 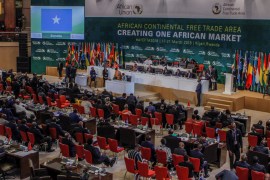