India has staged nationwide drills to start one of the world’s biggest coronavirus vaccination programmes as the drug regulator prepared to approve the first vaccines.

Experts at India’s drugs regulator have recommended for emergency use two coronavirus vaccines, one developed by AstraZeneca and Oxford University and the other backed by a state-run institute, the government said on Saturday.

Saturday’s drills saw 25 health workers receive dummy vaccines at each of the centres to be used across the country in a test run before the launch.

Health Minister Harsh Vardhan said the exercise would help build expertise “so that the upcoming vaccination drive may proceed without any glitch”.

He also called for a campaign to counter “misleading rumours” that may scare people off getting the vaccine.

Information and Broadcasting Minister Prakash Javadekar told reporters on Saturday that a government panel of experts had recommended the emergency use of Oxford University-AstraZeneca vaccine on Friday, confirming earlier reports.

The other vaccine, known as COVAXIN, has been developed locally by Bharat Biotech and the government-run Indian Council of Medical Research.

“Grant of permission for restricted use in emergency situation in public interest as an abundant precaution, in clinical trial mode, specially in the context of infection by mutant strains,” the government cited the experts’ recommendation for COVAXIN, referring to the new strain of the virus first detected in the United Kingdom.

“India is perhaps the only country where four vaccines are getting ready,” he said.

“One was approved yesterday for emergency use, Serum’s Covishield,” he said, referring to the fact that the Oxford University-AstraZeneca shot is being made locally by the Serum Institute of India (SII).

The government said the final approval on vaccines would be made by the Central Drugs Standards Control Organisation’s (CDSCO) chief, who has called a news conference on Sunday.

The process for the final approval is expected to be a formality given the urgency for a vaccine in the country.

India, which has the world’s second-highest number of pandemic cases – more than 10.2 million – has set an ambitious target of inoculating 300 million of its 1.3 billion people by mid-2021.

Serum Institute of India, the world’s biggest vaccine producer, has already stockpiled tens of millions of doses of Oxford-AstraZeneca’s Covishield ready for the campaign and 96,000 health workers have been trained for the inoculation drive.

While India is only second to the United States in the number of coronavirus cases, its rate of infection has come down significantly from a mid-September peak of 90,000-plus cases daily and its fatality rate is lower than other badly affected countries.

The United Kingdom and Argentina this week authorised the Oxford-AstraZeneca vaccine while the World Health Organization on Thursday granted emergency validation to the rival Pfizer-BioNTech vaccine.

Covishield is expected to get more use in India as it can be stored and transported under normal refrigeration while the Pfizer shot needs ultra-low temperatures for storage.

“It’s grown and matured over the past two decades, particularly in connection with the pulse polio programme. India did achieve the elimination status [of polio] in 2014.”

Dasgupta said the logistics at state, district and in urban areas have been strengthen, and its vaccination rollout is supported by extra refrigerators and is digitally backed by a new app.

“The vaccine delivery will be across 29,000 cold chain points – that’s the scale at which India is prepared,” he said. 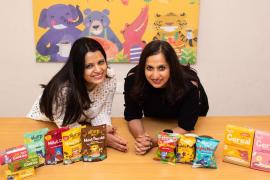 This Indian startup has not only survived COVID, it is thriving 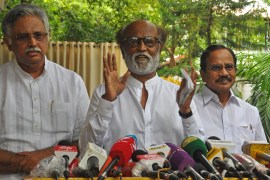 The 70-year-old Tamil action hero said he will serve the people without entering electoral politics. 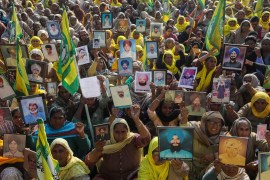 More than 1,500 towers attacked in Punjab state as anger grows against companies which are seen to profit from the new laws.