A tense calm has been reported in Sudan’s Darfur region after a heavy deployment of soldiers in the wake of days of interethnic violence that killed at least 155 people, wounded scores more and displaced tens of thousands.

Violence erupted on Saturday between Arab nomads and members of the non-Arab Masalit ethnic group in El Geneina, the capital of West Darfur state, killing at least 100 people and wounding more than 130, according to Governor Mohamed Abdalla al-Douma.

The clashes prompted some 50,000 people to flee areas in and around a camp for internally displaced persons (IDPs) who were driven from their homes in previous conflicts, said Save the Children, an aid group.

Authorities in West Darfur imposed a statewide curfew, while Sudan’s transitional government in the capital deployed military units to the western region from Khartoum and other parts of the country to restore order.

“There have been no clashes since Sunday, but there were incidents of looting, especially of houses and farms of people living at the Kerindig IDP camp,” al-Douma told AFP news agency on Tuesday.

“The situation is calm in the state as security forces have spread in and around the city of El Geneina and Kerindig.”

Al-Douma said houses were burned and farm produce stolen in villages near El Geneina, but added that “we sent security to surround these villages and they are now secure”.

Separate clashes on Monday in South Darfur between members of the Fallata ethnic group and the Arab Rizeigat tribe killed at least 55 people and wounded 37.

Tribal leader Mohamed Saleh told AFP by phone that there were no clashes and the situation was “calm”, adding, however, that people were “tense, fearing the renewed outbreak of violence”.

The recent violence has been the worst since the signing of a peace agreement in October, which observers had hoped would end years of war.

While former rebels have committed to laying down their arms, decades of conflict have left the vast, impoverished region awash with weapons and divided by bitter rivalries over land and water.

The latest bloodshed, which appeared not to involve any signatories to the deal, came two weeks after the United Nations Security Council ended a joint United Nations and African Union peacekeeping mission’s mandate in the region.

It was replaced with a much smaller, political mission known as the United Nations Integrated Transition Assistance Mission in Sudan, or UNITAMS.

The government and the Sudan Revolutionary Front, a coalition of several armed groups, late last year formed a 12,000-strong Civilian Protection Force to Darfur, according to a peace deal they reached in 2020.

The Darfur conflict began in 2003 when ethnic Africans rebelled, accusing the Arab-dominated government in Khartoum of discrimination.

The government was accused of retaliating by arming local nomadic Arab tribes and unleashing the government-backed militia known as the Janjaweed against civilians – a charge it denies. 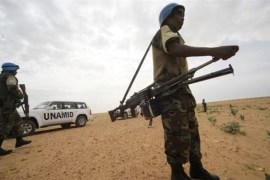 Violence follows the killing of at least 83 people on Saturday and Sunday in West Darfur. 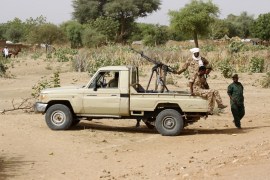 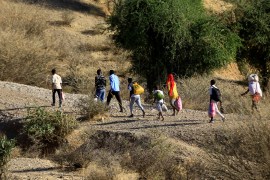 Skirmishes have increased in the past two months over the fertile al-Fashaga region. 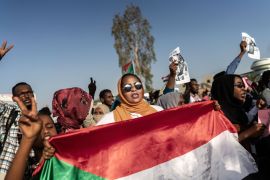 The move comes after Sudan’s designation as a state sponsor of terrorism was dropped after nearly 30 years.