Donald Trump has approved a state of emergency declaration in the United States capital, the White House press office said late on Monday, after US law enforcement officials warned of threats before President-elect Joe Biden’s inauguration.

The order authorises federal assistance to be extended through January 24 to support efforts in Washington, DC to respond to the emergency situation.

Specifically, it allows the Federal Emergency Management Agency to “identify, mobilise and provide at its discretion, equipment and resources necessary to alleviate the impacts of the emergency”.

The move comes after pro-Trump rioters overran the US Capitol building on January 6 in support of Trump’s false claims that the US election was stolen from him. Five people were killed in the violence.

Earlier on Monday, the Federal Bureau of Investigation (FBI) in an internal bulletin warned of possible armed protests in all 50 states and in the US capital in the days leading up to Biden’s inauguration on January 20.

Washington, DC Mayor Muriel Bowser sent a letter on the weekend requesting tighter security ahead of the inauguration in light of the “chaos, injury, and death” at the Capitol on January 6.

Bowser asked the Homeland Security Department to extend emergency provisions to allow federal and local agencies to better prepare for the inauguration and requested daily intelligence and threat briefings from the FBI from January 11 to January 24.

Meanwhile, US Senators Chris Murphy, Kirsten Gillibrand and Martin Heinrich sent a letter to Acting Defense Secretary Christopher Miller on Monday asking for a full account of what happened during the Capitol riot.

The letter states that “over three and a half hours … elapsed between the initial breach of the barriers on the West side of the U.S. Capitol” and the arrival of the National Guard.

“On Jan 6 it took 4.5 hours before the U.S. military arrived to defend the Capitol. That is not acceptable and we request a full accounting of what needs to change,” Murphy tweeted.

This is the letter @SenGillibrand @MartinHeinrich and I sent to the Acting Sec. of Defense today. On Jan 6 it took 4.5 hours before the U.S. military arrived to defend the Capitol. That is not acceptable and we request a full accounting of what needs to change. pic.twitter.com/XZKiOqbA4R

Democrats are pushing to impeach Trump for inciting his supporters to storm the Capitol.

The US House of Representatives is expected on Tuesday to take up a measure calling on Vice President Mike Pence and members of Trump’s Cabinet to invoke a process under the 25th Amendment, which allows for the removal of a president deemed unfit to fulfill their duties.

Democratic House Speaker Nancy Pelosi said on Monday that the president poses an “imminent threat” to the nation and “must be removed from office immediately”. 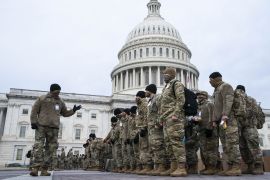 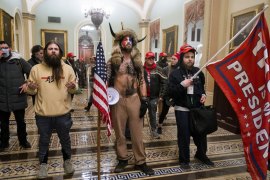 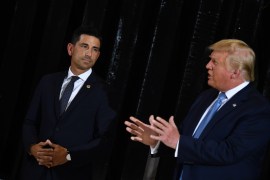 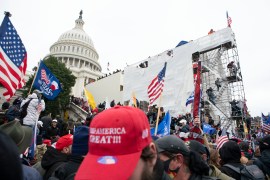 New questions are being raised about securing President-elect Joe Biden’s inauguration, to take place at the US Capitol.