A World Health Organization (WHO) team of international experts which is investigating the origins of the COVID-19 pandemic will arrive in China on January 14, the country’s national health authority said on Monday.

The team initially planned to travel to China in early January but WHO chief Tedros Adhanom Ghebreyesus said last week that their arrival was delayed because Beijing had not authorised their entry.

The National Health Commission, which announced the date in an official statement, did not elaborate on the team’s itinerary.

The pandemic first emerged in the central Chinese city of Wuhan in late 2019 with initial cases linked to the now-closed Huanan seafood market. The city recorded its first official death from the then-unnamed disease a year ago – a 61-year-old man who had links with the market.

Building on research conducted over the past year, the 10 international experts are expected to make in-depth “epidemiologic, virologic, serologic assessments” of people and animals in a trip that is under the joint jurisdiction of the WHO and the government of China.

The team is expected to travel to central China to study how and where COVID-19 might have appeared.

“The current COVID-19 pandemic shows the devastating impact emerging zoonotic diseases can have on societies,” the study’s terms of reference read. “As the pandemic continues to unfold, understanding how the epidemic began is essential to prevent further SARS-CoV-2 virus introductions and help prevent introductions of new viruses in the future.” 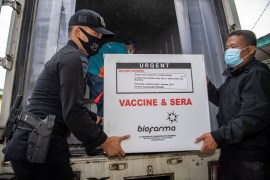 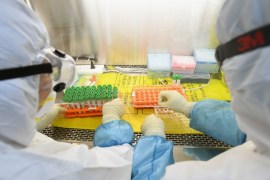