An air raid by Afghan forces in the country’s southwestern Nimroz province killed several civilians, according to local officials and witnesses.

The exact number of casualties in the incident late on Saturday was not immediately clear.

Another local councillor, Bibi Khair-un Nisa Ghumai, put the civilian death toll at eight, while Nimroz Deputy Governor Abdul Nabi Burahawi said it was unclear how many civilians had been hurt.

Burahawi said a commission had already left the provincial capital of Zaranj and was heading to the district to establish how many people had been wounded or killed.

Relatives of the victims and witnesses put the death count at 18, all members of the same family in Munazari village.

“Eighteen members of my family were martyred. They were found in pieces,” Afghan news outlet TOLOnews website quoted Saleh Mohammad, a relative of the victims, as saying.

Ahmad, a resident of Khashrod who was wounded in the air raid, also said he has lost “18 members of his family in the incident”.

“We were 15 members in our family. I was sleeping and did not notice that our house was attacked. When I woke up, I saw that the wall of our house was damaged and there were bullets around me,” Ahmad told TOLOnews.

Government officials, who confirmed the Saturday night strike, said on Sunday that initial information showed the deaths were all of Taliban fighters battling Afghan security forces.

“An airstrike in Khashrod district has resulted in heavy casualties for the Taliban, and investigations into allegations that civilians have been killed are ongoing,” the Afghan Ministry of Defence said in a statement on Sunday.

The Defence Ministry’s 215th corps said in a statement that reports had been received of civilian casualties and that these would be investigated.

A local government official, speaking to Reuters news agency on condition of anonymity, said the Afghan air force targeted a residential house where it suspected Taliban members were present. The official said those killed were all from one family.

Local residents told Reuters by phone that people from the area where the air raid took place had brought the bodies to Zaranj to prove that the deceased were not Taliban fighters.

“Seven of them [the victims] are women and others are men and children. One of them was a recently married girl who was there as a guest along with three children who have also been martyred. There was no Talib in the area,” Abdul Shakoor, a witness, told TOLOnews.

Taliban spokesman Qari Muhammad Yousuf Ahmadi also denied those killed were the group’s combatants, saying they were civilians, all members of one family, and included women and children.

Continued violence has hastened international calls for a ceasefire between the Afghan government and the Taliban, whose representatives met on Saturday for a first session in the second round of peace talks, where contentious issues such as a ceasefire and power-sharing are expected to be discussed.

Both sides, in separate statements on Saturday, said they discussed the agenda and that the meeting took place in a positive and amicable atmosphere.

Separately on Sunday, a bombing in the capital, Kabul, killed a spokesman for an Afghan state-sponsored security firm and two of his colleagues, according to the interior ministry.

Zia Wadan, the spokesman for the National Public Protection Force (NPPF), and his colleagues were on their way to the office when the bomb went off, Tariq Arian, a ministry spokesman said.

It was not clear whether a magnetic bomb had been stuck to the car or a roadside bomb was used in the attack. Investigations were continuing, Arian said.

There was no immediate claim of responsibility for the incident but Arian blamed the Taliban.

NPPF is a semi-autonomous state security firm that provides services for national and international organisations as well as state and non-state economic projects throughout the country.

Kabul has seen a wave of targeted killings in recent weeks, with many of the victims being journalists, civil society activists or media figures. Afghan security forces have had little success in preventing such attacks.

Meanwhile, in the southeastern Ghazni province, a roadside bomb left one civilian dead and wounded six others, an official said on Sunday.

Although the target of the bombing is yet to be identified, it was planted close to the police headquarters in the provincial capital, local councillor Nasir Ahmad Faqiri said.

The continuing fighting throughout the country has led to 1,282 civilian deaths in the first half of 2020, according to the United Nations, and 2,176 others wounded during the period.

The total number of civilians killed in the country since 2009 has surpassed 100,000, the UN said at the end of last year. 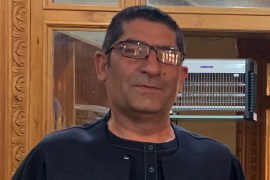 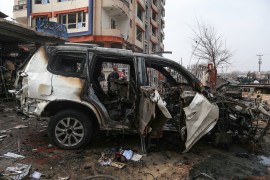 Four doctors among those killed after a magnetic bomb attached to their car exploded in the Afghanistan capital. 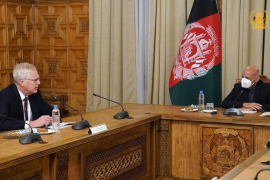 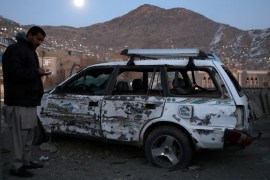 At least four killed, many wounded in Afghanistan attacks