Australia has changed a line in its national anthem in an amendment designed to better recognise and honour the long history of the country’s Indigenous people.

The change from “for we are young and free” to “for we are one and free” took effect on Friday and is the first amendment to the anthem, Advance Australia Fair, since 1984.

“While Australia as a modern nation may be relatively young, our country’s story is ancient, as are the stories of the many First Nations peoples, whose stewardship we rightly acknowledge and respect,” Prime Minister Scott Morrison wrote in the Melbourne-based Age newspaper on New Year’s Eve.

“Changing ‘young and free’ to ‘one and free’ takes nothing away, but I believe it adds much.”

The anthem was composed by Peter Dodds McCormick and first performed in 1878. It was adopted as the country’s national anthem in 1984 to replace the colonial-era God Save the Queen.

Australia has struggled for decades to reconcile with its Indigenous people, who lived on the continent for tens of thousands of years before the British colonists arrived.

Each year the country marks Australia Day on January 26, the date when the “First Fleet” sailed into Sydney Harbour in 1788, carrying mainly convicts and troops from Britain. Some Indigenous people refer to it as ‘Invasion Day‘.

The idea to change the wording was floated in 2020 by New South Wales premier Gladys Berejiklian who felt the previous phrase ignored Australia’s “proud First Nations culture”. The change took effect after consultations with state premiers, state governors and other senior officials. It was not clear whether it was discussed with Indigenous people themselves.

“In terms of culture, society and population we go back 60,000 years,” First Nations Foundation chairman Ian Hamm told Australia’s public broadcaster ABC. “We’re very definitely not young. ‘One and free’ looks for what brings us together. It’s actually a focal point for that discussion about who we are as a country. I think it’s a really good change.”

Others said Australia needed to move beyond symbolism and embark on substantive and lasting reform.

In February last year, the prime minister told parliament only two of seven key targets – part of a promise to improve the lives of the country’s Indigenous people – were on track in what he described as a “national shame“.

Indigenous Australians are also more likely to die in custody or at the hands of the police with about one death recorded every month since a landmark Royal Commission on the issue in 1991.

Earlier this year, as the Black Lives Matter movement spread beyond the United States, protests were held in several cities around the country calling for an end to deaths in custody.

This is extraordinary. With no consultation with First Nations, or the broader community, with no consideration of including a verse in an Indigenous language, the PM announces at 10:30pm on #NewYearsEve that he has decided to change the national anthem. https://t.co/trInK9J86Z

Exactly! For a long time we’ve marched the streets, fought in the courts, never backing down on what matters most to our people. Not for crumbs, not for symbolism. Only for genuine, durable, lasting reform. https://t.co/PjPT9Z7Scw

No prosecutions have been brought despite dozens of investigations, inquests and in some cases video evidence of abuse. 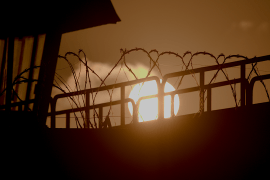 In Western Australia, Aboriginal children are almost 50 times more likely to be in youth detention than white children. 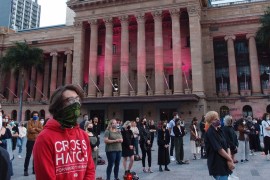 Australia police in spotlight on Indigenous deaths in custody 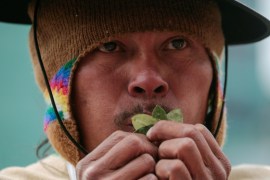 Endangered: Why are so many languages dying?

We examine some of the world’s most vulnerable languages and meet communities trying to save them. 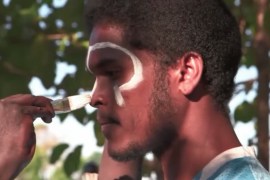 Australian Aboriginal youth suicide rates are among the highest in the world, so how can communities save their youths?