“With this petition, we are trying our best to show solidarity with the people of Kashmir,” Israeli human rights activist Sigal Kook Avivi, who was among 40 people behind the petition, told Al Jazeera.

The document was signed in January after the Israeli Police, Ministry of Internal Security and the Ministry of Foreign Affairs refused to pre-screen members of India’s police force from the Muslim-majority Himalayan region, according to Israeli human rights lawyer Eitay Mack, who filed the petition. As Israel returned to a second nationwide coronavirus lockdown last week, court proceedings are likely to be further delayed.

“The fact that India is ‘the largest democracy in the world’, and is an important political and economic partner of the state of Israel and Western countries, cannot legally and morally justify providing assistance to specific Indian officers who are involved in grave crimes under international law in Kashmir, by way of training by police in Israel,” the petition stated.

Avivi, who has worked among African asylum seekers in Israel, said “as citizens of the world, we want to say we know what is happening to you, we are not ignorant … we see it, we hear it, we know it”.

In May, the Israeli government asked the Supreme Court to dismiss the petition, as any attempt to investigate or screen Indian police officers would be considered an intervention into India’s internal affairs – which could damage relations between the two nations.

Neither Israel’s Ministry of Foreign Affairs nor India’s Ministry of Home Affairs were available for comment at the time of publication.

India and Israel signed a comprehensive agreement in 2014 to cooperate on issues related to “public and homeland security”, including fighting organised crime, money laundering, human trafficking and counterterrorism operations.

The use of live ammunition, shooting civilians at checkpoints, torture of detainees, arrest of children and extrajudicial killings are well-documented since Israel occupied large parts of Palestine in 1967.

Avivi said, in light of Israel’s ill-treatment of Palestinians and migrants in the occupied territories, it was vital to understand that the country’s forces training military and police abroad “ends up further hurting people around the world”.

More than half a million Indian forces are deployed in Kashmir – home to some 12 million people – to quell a decades-old armed rebellion against Indian rule.

Indian security forces have been accused of rights abuses including intimidation, torture, extrajudicial killings and arbitrary arrests, with the United Nations High Commissioner for Human Rights last year calling for a formal inquiry into the allegations.

Just last week, the Indian army admitted wrongdoing by its soldiers in the killing of three civilians in July.

“The Indian police force (and army) has been deployed to ensure that there is no resistance to Indian rule in occupied Kashmir,” Hafsa Kanjwal, history professor at Lafayette College, told Al Jazeera.

However, New Delhi has defended its forces, saying they are fighting rebels who either want independence or a merger with Pakistan.

Pakistan and India both claim Kashmir in full since the partition of the region in 1947 but control only parts of it.

According to Kanjwal, the Indian police force in Kashmir is an “extremely nefarious institution” which is engaged in war crimes and “has complete impunity to do what it wants to the Kashmiri population”.

“They are not there for law and order, but rather to suppress a population that has long been demanding freedom,” Kanjwal added.

In August last year, India scrapped Article 370 of its constitution – which granted a measure of autonomy to the Muslim-majority region – and jailed thousands of people, including top political figures and journalists, to prevent protests against the move. The region was also placed under the longest internet shutdown experienced in a democracy, with the communications lockdown only partially lifted.

A United Nations report published in May also detailed severe cases of physical abuse, including the use of pellet guns on protesters, in Kashmir between January and July 2019.

The use of pellet guns – highlighted by the Israeli petition – has come under intense criticism in recent years, with the New York-based Human Rights Watch saying it causes “indiscriminate and excessive injury” and violates international standards.

In 2018, rights organisation Amnesty International called for a ban on pellet guns and sought an investigation into cases of killings or serious injuries caused by them.

Since India and Israel established diplomatic ties in 1992, the two nations have deepened social, economic and military ties.

India is the largest buyer of Israeli arms, receiving nearly 50 percent of all Israeli arms exports between 2013-2017.

Weapons sold to India include aircraft, anti-missile defence systems, air to air missiles, drones, assault weapons and others. Some, such as the Tavor and Galil assault rifles, are used by Indian security forces in Kashmir, and Heron drones in Ladakh, near the Chinese border.

In May 2020, India bought 16,479 Negev light machine guns from Israel worth $116m, despite the continuing coronavirus pandemic and a significant economic downturn.

Ofer Cassif, member of Israeli Knesset and representative of the Joint List party – a grouping of Arab parties –  told Al Jazeera that Israel’s policy of large-scale arms exports are “nothing new” – pointing to the country’s previous collaborations with the former apartheid regime in South Africa and Chile under military ruler Augusto Pinochet.

“This is the most dangerous trade policy Israel has been pursuing,” Cassif said, adding that Israeli Prime Minister Benjamin Netanyahu and his government are in “close relations with the most vicious leaders … such as [Rodrigo] Duterte in Philippines, [Jair] Bolsonaro in Brazil … and Modi in India”.

“This is unacceptable, morally and politically. In that sense I believe it is important to support such petitions.”

Israel’s police exchange programme with police departments from the United States has also come under increasing scrutiny, with calls to shut down the programme. The issue was again in the spotlight in the wake of George Floyd’s death in May, a Black man killed by a white policeman in Minneapolis.

A 2018 report by Researching the American-Israeli Alliance and the Jewish Voices for Peace group said “mass surveillance, justifying racial profiling and suppressing public protests” in the US were a result of Israel’s training of US police officers.

Amnesty International in 2016 said training programmes with Israel were putting US police employees “in the hands of military, security and police systems that have racked up documented human rights violations for years”.

Activist Avivi and Knesset member Cassif both have little optimism, if at all, that the case can be won in the Israeli Supreme Court, citing previous examples when the court dismissed similar petitions.

In July, the court dismissed a petition demanding that foreign diplomats who were war criminals should be refused visits to Israel’s Holocaust Memorial. The court said it could not interfere in the diplomatic issues and choices of the Israeli government.

A petition filed in 2017 by lawyer Mack seeking to investigate Israeli arms sales to South Sudanese militias during the civil war was dismissed by the court, which deemed the sales legal.

Cassif said if the court were to rule in their favour, “to a certain extent, it would be unprecedented”. Despite what the final ruling may be, Avivi said she and the petitioners wanted their opposition to be on paper.

“We understand that it [the petition] won’t be successful, but we can’t just sit quietly,” Avivi told Al Jazeera. 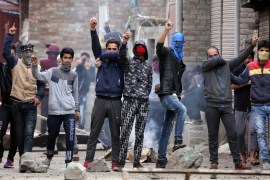 Anger over India’s diplomat calling for ‘Israel model’ in Kashmir

In video posted by filmmaker, India’s consul general to US seems to advocate Israel-like settlements of Kashmiri Hindus. 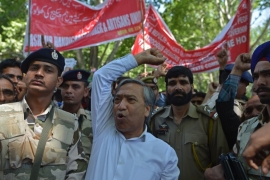 ‘End of the road’ for pro-India politicians in Kashmir

Many politicians have fallen silent and disappeared from public life after India stripped the region’s autonomy. 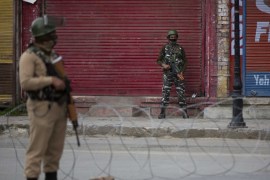 Bringing the Israeli model to Kashmir

The gradual encroachment on Kashmiri rights and growing prospect of colonisation could set the region on fire.