North Korea shot and later burned the body of a missing South Korean official, South Korea’s military said on Thursday, condemning the killing and demanding punishment for those responsible.

The military confirmed earlier news reports that a South Korean fisheries official had been shot dead by North Korean troops after apparently attempting to defect across the two countries’ maritime border.

“North Korea found the man in its waters and committed an act of brutality by shooting at him and burning his body, according to our military’s thorough analysis of diverse intelligence,” the defence ministry said in a statement published by Yonhap news agency.

“Our military strongly condemns such a brutal act and strongly urges the North to provide an explanation and punish those responsible,” the statement added.

“We also sternly warn North Korea that all responsibilities for this incident lie with it.”

The official was reported missing on Monday from a South Korean fisheries patrol boat when it was about 10km (6 miles) south of the Northern Limit Line (NLL), a disputed line of military control that acts as the de facto maritime boundary between North and South Korea.

It was not clear how the 47-year-old ended up in the water. Earlier reports said his shoes had been found on board the patrol vessel, fuelling speculation that he had decided to defect.

The exact reason why North Korean troops shot him remains unclear, but Yonhap News Agency reported they might have been acting under anti-coronavirus orders.

The United States military commander in South Korea said earlier this month that North Korean troops had been given “shoot-to-kill orders” to prevent the coronavirus from entering the country.

While most defections involve North Koreans heading to the South, this year has seen a number of high-profile crossings from the South.

In July, a man who had defected to South Korea three years ago triggered a coronavirus scare when he crossed back over the heavily monitored border into North Korea, which has claimed to have zero cases of the disease.

His arrival prompted North Korean officials to lock down the border city of Kaesong and quarantine thousands of people over fears he may have had coronavirus, although the World Health Organization later said his test results were inconclusive.

Last week, South Korean police arrested a defector who they said had tried to return to North Korea by breaking into a military training site in South Korea’s border town of Cheorwon. 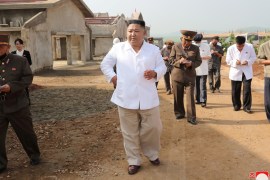 Pyongyang says it rejects any outside help while dealing with the coronavirus pandemic and damage caused by floods. 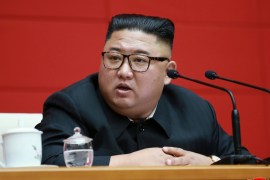 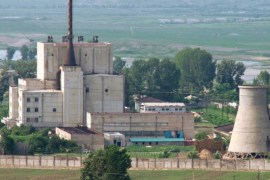