The UN’s humanitarian chief warned on Tuesday “the spectre of famine” has returned to war-torn Yemen and for the first time singled out Saudi Arabia, the United Arab Emirates, and Kuwait for giving nothing to this year’s $3.4bn appeal for desperately needed aid.

Mark Lowcock told the UN Security Council that famine in Yemen, the Arab world’s poorest country, was averted two years ago because donors swiftly met 90 percent of the UN’s funding requirements, enabling humanitarian agencies to increase monthly aid from eight million to 12 million people and save “millions of lives”.

Today, he said, the UN appeal has received only 30 percent, about $1bn, leaving nine million Yemenis to cope with deepening cuts to aid programmes including food, water, and healthcare.

Lowcock said Saudi Arabia, the UAE and Kuwait “who have a particular responsibility, which they have discharged in recent years, have so far given nothing to this year’s UN plan”.

Alluding to financial pledges that have not been turned into actual contributions, he said, “It is particularly reprehensible to promise money, which gives people hope that help may be on the way, and then to dash those hopes by simply failing to fulfil the promise”.

“Continuing to hold back money from the humanitarian response now will be a death sentence for many families,” Lowcock said. “So yet again, I call on all donors to pay their pledges now and increase their support.”

Yemen’s conflict has killed more than 100,000 people and created the world’s worst humanitarian disaster, with more than three million people internally displaced and two-thirds of the population relying on aid for survival. Some 24 million Yemenis, or 80 percent of the country’s population, require some form of assistance or protection, according to the United Nations.

Lowcock said the situation has been made worse by escalating conflict in recent weeks, especially in central Yemen. “In August, more civilians were killed across the country than any other month this year,” he said.

Griffiths told the Security Council that Yemen could “slip back away from the road to peace”. He said he sent all warring parties a draft of a “joint declaration” reflecting what had been said in previous rounds of talks.

“Now is the time for the parties to swiftly conclude the negotiations and finalise the Joint Declaration,” he said.

Both Griffiths and Lowcock singled out the worrying situation in the province of Marib, where more than one million people have sought refuge since 2015.

Griffiths said a battle there would not only force those who sought refuge to flee again, but would have political implications, undermining “prospects of convening an inclusive political process that brings about a transition based on partnership and plurality”.

In a statement released on Tuesday by Oxfam, 31 Yemeni non-governmental organizations called on the international community and donors to “exert more pressure on conflicting parties and their backers to immediately halt military operations across the country”.

Lowcock condemned the closure of the airport in Yemen’s capital, Sanaa, to UN and humanitarian flights by the rebel Houthis, who control the city and the country’s north, on the grounds of fuel shortages. The shortages are having severe humanitarian consequences “but that doesn’t justify closing the airport”, he said.

Lowcock urged a rapid solution if aid workers are to remain safely in the north and the UN is to maintain operations, including the scheduled delivery of 100 tonnes of humanitarian cargo by plane to Sanaa in the coming weeks.

Neither Griffiths nor Lowcock offered an assessment of progress in the standoff with Houthis over a loaded oil storage tanker decaying off Yemen’s coast.

The 45-year-old FSO Safer, abandoned near the port of Hodeidah since 2015, has 1.1 million barrels of crude on board, and a rupture or explosion would have catastrophic environmental and humanitarian consequences.

The Houthis have blocked the UN from sending a team of inspectors to assess the vessel. 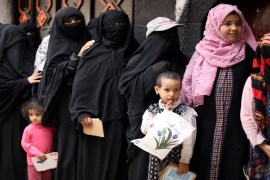 Young girls were used as spies, guards, medics, and members of an all-female fighting force, with some sexually abused. 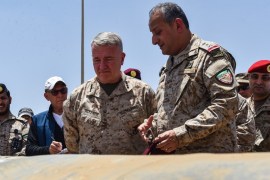 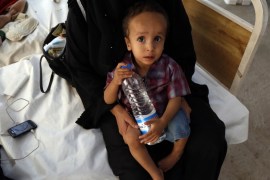