Doha, Qatar – After nearly two decades of war that has killed tens of thousands, peace talks between the Afghanistan government and the Taliban have opened in Qatar’s capital.

The negotiations, where the two warring sides will sit face-to-face for the first time, will start on Monday.

For his part, Abdullah spoke about seeking a dignified and lasting peace.

“I believe that if we give hands to each other and honestly work for peace, the current ongoing misery in the country will end,” Abdullah said, calling for a “humanitarian ceasefire”.

Baradar, meanwhile, repeated his group’s demand for the country to adopt an “Islamic system”.

“We want Afghanistan to be an independent, developed country, and it should have a form of Islamic system, where all its citizens see themselves reflected.”

Pompeo, for his part, told the Afghan sides that “the choice of your future political system is, of course, yours to make” as he urged them to “seize the opportunity” to secure peace.

“Each of you, I hope you will look inside your hearts; each of you carry a great responsibility, but know that you’re not alone. The entire world wants you to succeed and is counting on you to succeed,” he said.

Kicking off proceedings earlier on Saturday, Qatari Foreign Minister Sheikh Mohammed bin Abdulrahman Al Thani said both parties must “rise above all form of division … by reaching an agreement on the basis of no victor and no vanquished”.

The intra-Afghan talks were set to take place in March but have repeatedly been delayed over a prisoner exchange agreement made as part of the United States-Taliban deal signed in February.

In the agreement, the Taliban had agreed to release 1,000 Afghan troops, while the government said it would release 5,000 Taliban prisoners.

France and Australia objected to freeing six of the Taliban prisoners who were involved in the killing of their nationals.

Taliban and Afghan government sources told Al Jazeera a compromise was reached by sending the six prisoners to Qatar. The prisoners arrived in Doha on Friday and will remain in custody there.

US Special Representative for Afghanistan Zalmay Khalilzad said although the talks raise hopes of the war ending in the country, many challenges remain.

“This is a new phase in diplomacy for peace in Afghanistan,” Khalilzad told reporters in a telephone briefing on Friday.

“These negotiations are an important achievement, but there are … significant challenges on the way to reaching an agreement.”

It took almost six months to get the Taliban and the government to the negotiating table, and analysts said the challenging part is to get both sides to reach an agreement.

“The various delays since the first designated start of the talks in early March show how much mistrust the two parties need to overcome,” Thomas Ruttig, co-founder of the Afghanistan Analysts Network, told Al Jazeera.

“It shows how difficult the talks will be in general, given the many issues they would have to solve, with the most difficult one being Afghanistan’s future political system.”

The Afghan negotiating team includes five female representatives who will carry the responsibility of defending and protecting women’s rights during the talks.

“While there is no other realistic option currently to find a negotiated end to the Afghan war, it is far from clear whether any peace deal will address major concerns of the Afghan population such as a preservation of the rights and freedoms that have been constitutionally guaranteed to them,” Ruttig said.

The Afghan government backs the current democratic political system, while the Taliban wants to reimpose its version of Islamic law as the country’s system of governance.

The armed group has, however, given vague comments on adopting a less strict stance towards women and social equality than during their 1996-2001 rule, during which women were banned from attending school, working, taking part in politics or even leaving their homes without a male family member.

The Afghan government’s agenda for the talks is to secure a permanent ceasefire, but analysts said that will be difficult to achieve as the Taliban’s only bargaining chip has been their military strength on the ground.

“The Taliban should see these talks as a good political opportunity. If they continue to fight on the ground to exert pressure, there are less chances of the talks being successful,” Abdul Satar Saadat, a former adviser to President Ashraf Ghani, told Al Jazeera.

“Peace demands compromises from all sides and that means sacrifices should be made to acquire a political solution to end this war,” added Saadat.

In the first six months of 2020, almost 1,300 civilians, including hundreds of children, have been killed in Afghanistan, according to the United Nations.

In July, President Ghani said about 3,560 Afghan National Defense and Security Forces (ANDSF) were killed and 6,780 more wounded in Taliban attacks between February 29 and July 21 this year.

“The suffering of the Afghan people has gone on for far too long,” UN envoy Deborah Lyons said on Friday.

“An inclusive peace process, involving the meaningful participation of women, youth and victims, upholding the human rights of every Afghan is the only path to peace.” 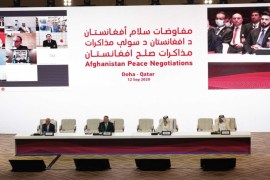 Representatives from several countries participated in the opening ceremony of historic talks that began in Doha. 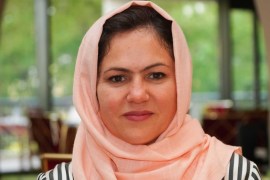 ‘Why was I targetted?’: Asks Afghan activist after gun attack

Afghan politician Fawzia Koofi says the assassination attempt will not dampen her resolve to fight for women’s rights. 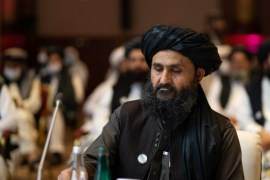