The top United States counterintelligence official on Friday warned that Russia, China and Iran will all try to interfere in the 2020 presidential election, with Russia already trying to undercut presumptive Democratic candidate Joe Biden.

In an unusual public statement, William Evanina, director of the National Counterintelligence and Security Center, said those countries were using online disinformation and other means to try to influence voters, stir up disorder and undermine American voters’ confidence in the democratic process.

The statement comes amid criticism from House Speaker Nancy Pelosi and other congressional Democrats that the intelligence community has been withholding from the public specific intelligence information about the threat of foreign election interference in the upcoming election.

On Russia, US intelligence officials assess that it is working to “denigrate” Biden and what it sees as an anti-Russia “establishment” among his supporters, Evanina said. He said that would track with Moscow’s criticism of Biden when he was vice president for his role in Ukraine policies and his support of opposition to President Vladimir Putin inside Russia.

The latest intelligence assessment reflects concerns to varying degrees about China, Russia and Iran, warning that hostile foreign actors may seek to compromise election infrastructure and interfere with the voting process.

Those concerns are especially acute following a wide-ranging effort by Russia to interfere in the 2016 election on behalf of current US President Donald Trump through both the hacking of Democratic emails and a covert social media campaign aimed at sowing discord among US voters.

Trump has routinely resisted the idea that the Kremlin favoured him in 2016, but the intelligence assessment released Friday indicates that unnamed Kremlin-linked actors are again working to boost his candidacy on social media and Russian television.

“Many foreign actors have a preference for who wins the election, which they express through a range of overt and private statements; covert influence efforts are rarer,” said Evanina. “We are primarily concerned about the ongoing and potential activity by China, Russia and Iran.” 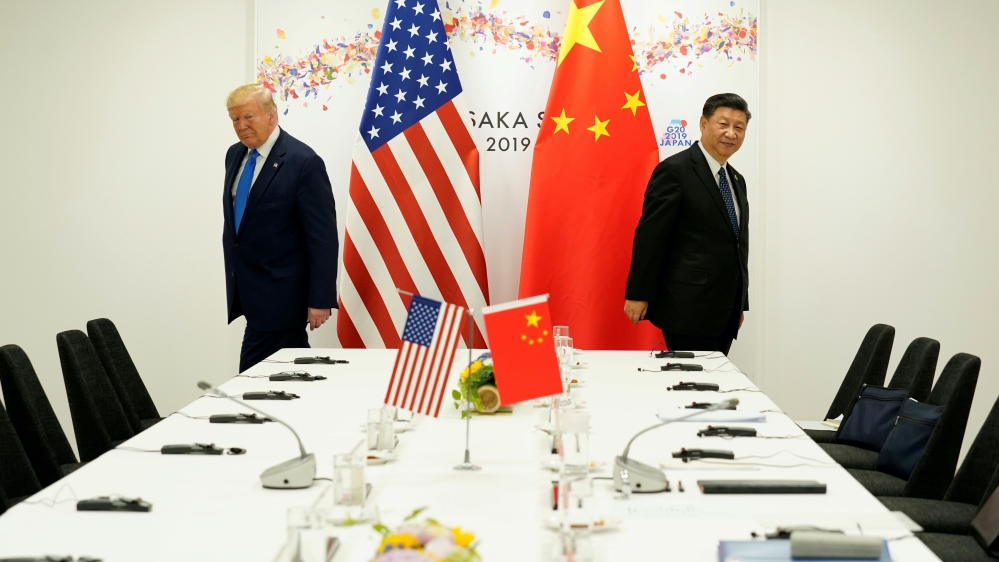 China views Trump as “unpredictable” and does not want to see him win re-election, Evanina said. China has been expanding its influence efforts ahead of the November election in an effort to shape US policy and pressure political figures it sees as against Beijing, he said.

“Although China will continue to weigh the risks and benefits of aggressive action, its public rhetoric over the past few months has grown increasingly critical of the current administration’s COVID-19 response, closure of China’s Houston consulate and actions on other issues,” he wrote.

On Iran, the assessment said Tehran seeks to undermine US democratic institutions as well as Trump and to divide the US before the election.

“Iran’s efforts along these lines probably will focus on online influence, such as spreading disinformation on social media and recirculating anti-US content,” Evanina wrote. “Tehran’s motivation to conduct such activities is, in part, driven by a perception that President Trump’s re-election would result in a continuation of US pressure on Iran in an effort to foment regime change.”

The White House responded to Friday’s news with a statement saying “the United States will not tolerate foreign interference in our electoral processes and will respond to malicious foreign threats that target our democratic institutions”.

“The United States is working to identify and disrupt foreign influence efforts targeting our political system, including efforts designed to suppress voter turnout or undermine public confidence in the integrity of our elections,” said the statement from National Security Council spokesman John Ullyot.

In a separate statement, the Trump campaign said it did not want or need foreign assistance and said China and Iran were opposed to Trump because “he has held them accountable after years of coddling by politicians like Joe Biden”.