Tensions between India and China again have flared up again, with the nuclear-armed countries accusing  each other of trying to seize territory across their disputed Himalayan border.

An Indian army statement on Monday alleged that China had carried out “provocative military movements” in the border area overnight from Saturday to Sunday.

Indian troops pre-empted Chinese army’s activity on the Pangong Tso Lake in Ladakh, part of which was transgressed by the Chinese soldiers in May, the statement said, adding that Indian troops took steps to thwart the Chinese attempt to “unilaterally change” facts on the ground.

There was no immediate reaction from the Indian side. 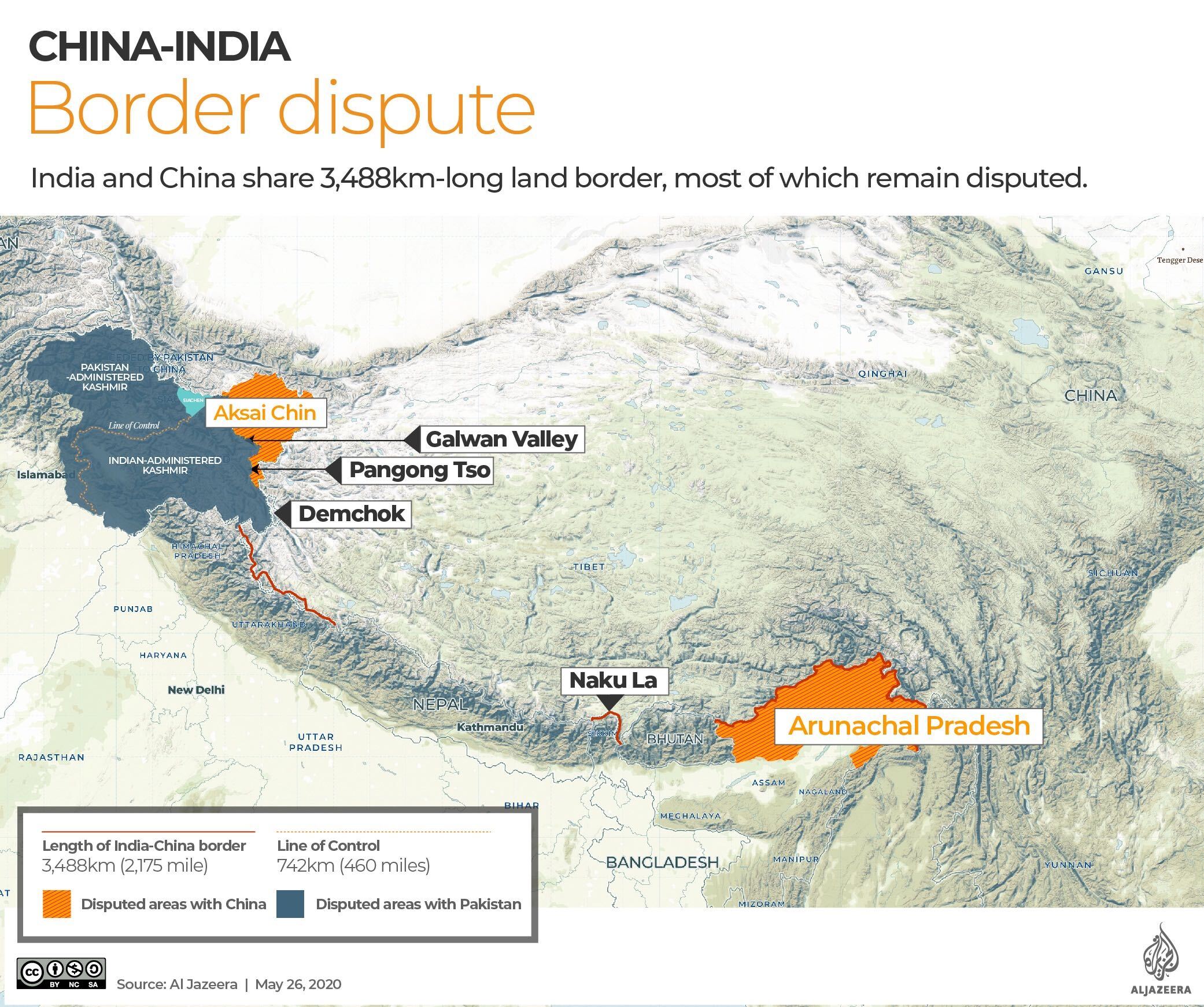 Army officials from the two sides were meeting to resolve the latest border dispute that comes more than two months after 20 Indian soldiers were killed in fighting that broke out between the two sides in Ladakh’s Galwan Valley.

“Talks have been going on between the two sides since May to resolve these escalating tensions, but despite these talks going on, there was a very violent clash on the 15th of June, where 20 Indian soldiers and an unknown number of Chinese soldiers were killed,” Al Jazeera’s Elizabeth Puranam, reporting from the Indian capital New Delhi, said.

“Since then, these talks between the two sides have really ramped up and yet the latest statement from the Indian army indicates that they were still far from a solution to this.”

For months, troops have been locked in a face-off in the western Himalayas, where each side accuses the other of violating their nearly 3,500km-long (2,000-mile) border, most of which remains undemarcated.

The recent border tensions are the most serious in more than half a century.

Accusing each other of instigating the violence, both sides pledged to safeguard their territory but also to try to end the standoff that dramatically changed India-China bilateral relationship.

India has banned dozens of Chinese apps, including popular video-sharing app TikTok, and has placed restrictions on Chinese investments amid the backlash against Beijing following the deadly border clashes in June.

India’s Foreign Minister Subrahmanyam Jaishankar has said the latest border standoff is: “The most serious situation after 1962. In fact, after 45 years, we have had military casualties on this border. The quantum of forces currently deployed by both sides at the LAC is also unprecedented,” Jaishankar told Rediff.com in an interview last week.

Sunday's border violations by PLA in Pangong-Chushul sector are more serious than govt is admitting.

China is steadily pushing the Line of Actual Control westwards.

The Indian Army wants to stop "dialogue" and take action. But New Delhi is desperate for a negotiated solution.

India and China fought a war in 1962 over their competing territorial claims, and the two Asian giants have been unable to agree a permanent border along their frontier.

The ongoing standoff high in the Karakoram mountains is over disputed portions of a pristine landscape that boasts the world’s highest landing strip, a glacier that feeds one of the largest irrigation systems in the world, and a critical link to China’s massive Belt and Road infrastructure project.

The face-off began at three different points in April, but by June it escalated and spread to two other locations towards the north in Depsang and Galwan Valley where India has built an all-weather military road along the disputed frontier.

On June 15, the situation turned deadly when the rival troops engaged in a night-time clash in Galwan that left 20 Indian soldiers dead. China did not report any casualties.