Months of widespread protests and unrest over the police killings of Black Americans will culminate this Friday with a national march on Washington, DC that commemorates a historic 1963 civil rights march.

Tens of thousands are expected to gather at the Lincoln Memorial in the United States capital to take part in the “Get Your Knee Off Our Necks” Commitment March demanding equality and policing reforms. The march will coincide with the 57th anniversary of Reverend Martin Luther King Jr’s iconic “I Have A Dream” speech.

“We’re at a time when anti-racism and this fight against police brutality is at the forefront,” said Lopez Matthews, a historian and digital librarian at Howard University in Washington, DC. “It’s a perfect time to have another march to bring attention to these issues.”

Reverend Al Sharpton announced the march during the funeral of George Floyd, a Black man who died on May 25 after a white police officer knelt on his neck for nearly nine minutes. Floyd’s death galvanised months of nationwide protests against police brutality and demands for racial justice in the country.

The march also comes in the midst of fresh outrage and renewed protests after Jacob Blake, a Black man, was shot by a policeman multiple times in the back at close range as he opened his car door in the city of Kenosha, Wisconsin on Sunday. Blake’s father will speak on Friday.

Two people were killed during protests in Kenosha on Tuesday night, allegedly by a young white man who was caught on smartphone video opening fire with a semiautomatic rifle. The shooting left a third person wounded.

“We will NOT stand for looting, arson, violence, and lawlessness on American streets,” US President Donald Trump said on Twitter, adding that he would be dispatching federal forces to quell the protests in Kenosha.

…TODAY, I will be sending federal law enforcement and the National Guard to Kenosha, WI to restore LAW and ORDER!

Friday’s event is also taking place during a fraught election year. Trump, who is running for a second term in office on a law-and-order platform, is trailing Democratic challenger Joe Biden in most opinion polls ahead of the November 3 election.

Over the past 57 years, observers and activists say, conditions for Black Americans have improved, in part because of the Civil Rights Act of 1964 that ended segregation in public places and banned employment discrimination based on race.

But inequality, systemic racism and police brutality continue, said Danielle Belton, editor-in-chief at digital magazine The Root, and these have proven difficult to overcome.

“Yes, some things have changed in many ways, and in many cases for the better,” she added, “but the reality is a lot of these issues are very persistent, because they are woven into the fabric of American society.”

In June, the Democrat-controlled House of Representatives passed the George Floyd Justice in Policing Act, which would ban police use of chokeholds and end qualified immunity for officers, among other reforms.

And in July, Democratic senators reintroduced legislation that would restore a provision of the historic Voting Rights Act of 1965, named after the late civil rights icon John Lewis, but that was gutted by the US Supreme Court in 2013. The law required states with a history of voter suppression to seek federal clearance before changing voting regulations.

Both measures are awaiting action in the Republican-controlled Senate.

Unlike the 1963 march, when more than 200,000 people participated, Friday’s rally comes during an outbreak of COVID-19, a disease that has infected more than 5.8 million Americans and left 180,000 dead – the highest number of cases and deaths in the world.

With cases still rising in many parts of the country, organisers said they expect about 50,000 participants after shuttle buses from coronavirus hot spots were cancelled. The in-person march will require people to wear masks and organisers said that hand sanitising stations and temperature checks would be conducted.

Civil rights groups organising the event, the NAACP and the National Action Network, have encouraged people to join the march virtually, or participate in satellite rallies in Kentucky, South Carolina and Texas, where outdoor large screens will livestream the Washington rally.

Natalie Hopkinson, assistant professor in Howard University’s Department of Communication, Culture and Media Studies, said a smaller crowd could potentially affect the impact of the rally, but it will not undermine the sense of urgency around addressing racial justice and inequality in the country.

“The numbers do make a difference and that is what made the George Floyd protests really powerful,” Hopkinson said. “But we’re having a moral reckoning right now, and the march is going to be part of that. It’s all on the same continuum of getting justice for Black people, which has been elusive.”

And yet, while the struggle for equality has in essence remained the same since the civil rights movement in the 1960s, Hopkinson says, the methodology as well as the optics have changed.

Unlike King, who wore a suit and tie, spoke about reconciliation and called for non-violence, this summer’s protests were held by outraged, young activists – many donning shorts and T-shirts and prone to chants such as “F*** Trump.”

“That’s very significant because it’s a signal that it’s not about respectability politics, you don’t have to be respectable to have human rights,” Hopkinson said.

This summer’s protests around the country were organised and energised by the Movement for Black Lives, a national coalition of more than 150 Black-led organisations of young activists formed after the 2014 killing of Michael Brown, an 18-year-old unarmed Black man shot dead by a white police officer. 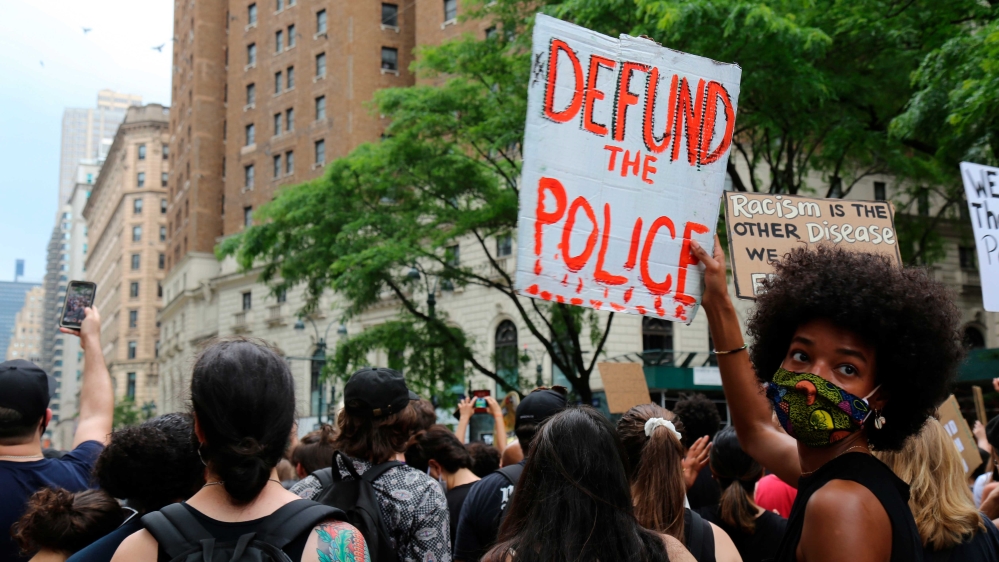 The movement is demanding more radical changes than the legacy civil rights groups organising Friday’s march. They have been pushing for the passage of the BREATHE Act, which would divest funds away from police departments and prisons in favour of investments in healthcare, education, housing and other social services in Black communities.

The movement is scheduled to hold its virtual Black National Convention on Friday evening, when organisers will unveil a new political agenda intended to further build on the momentum of this summer’s protests.

Friday’s march, meanwhile, seeks “to restore and recommit to the dream Dr Martin Luther King, Jr defined” that year, according to a press release, as well as “call for police accountability and reform, and to mobilize voters ahead of the November elections”.

In 1963, King lamented “the unspeakable horrors of police brutality” and said he dreamt that his children would “one day live in a nation where they will not be judged by the colour of their skin but by the content of their character”.

King was assassinated in 1968.

Following a commemorative rally, participants in Washington will end the day with a march to the Martin Luther King, Jr Memorial.

Steven Cleveland, creator of the documentary “A King in Paradise”, which explores King’s activism and life, said the original march, much like the upcoming one, was meant to be an inspirational moment in Black history – rather than a practical one that would deliver immediate political results.

But King, as a leader, Cleveland says, had the rare ability to both inspire people and deliver policy changes, exemplified by his success in helping pass the Civil Rights Act of 1964.

“It is one of the keys to MLK’s greatness,” Cleveland told Al Jazeera. “He was the person to both be aspirational and practical. He delivered, using his aspirational talent.”

And the dream that King famously described that day, of racial equality and freedom, acknowledged that some progress had been made, but that there was a long way to go – and it was going to take time.

“History is like a wave, with moments of progress and regression,” Cleveland said. “History is not linear, history is over time gaining a little bit of ground until we reach a place where we move past the oppressive nature of systemic racism, piece by piece, bit by bit.”