Some one million Rohingya refugees in Bangladesh are marking three years since escaping from Myanmar with a day-long “silent protest” protest, which the coronavirus pandemic is forcing them to hold inside their flimsy bamboo shacks.

An August 2017 military operation – which has triggered genocide charges at the United Nations’s top court – drove 750,000 Rohingya out of Myanmar’s Rakhine state into neighbouring Bangladesh, to join 200,000 who fled earlier.

Three years later, they still have no work or decent education for their children, and there is little prospect of return to the country where members of the Muslim-majority Rohingya have long been treated as inferior intruders.

We want justice for the murders. We also want to go back home. But I don't see any immediate hopes. It may take years.

Myanmar’s military “killed more than 10,000 of our people. They carried out mass murders and rapes and drove our people from their home”, Mohib Ullah, a Rohingya leader in the camps, told AFP.

For the second anniversary last year, Ullah led a rally of about 200,000 protesters at Kutupalong, the largest of the network of camps in southeast Bangladesh, where 600,000 people live in cramped and unsanitary conditions.

But the Bangladeshi authorities, increasingly impatient with the Rohingya, have banned gatherings because of the coronavirus pandemic. A year ago, they cut internet access in the camps,

The sprawling camps have been cut off from the rest of Bangladesh, the military erecting barbed-wire fences around the perimeters. Inside, movement has been restricted.

Fears the deadly virus could spread like wildfire – because physical distancing is almost impossible – have not been borne out, with just 84 coronavirus infections and six related deaths confirmed.

The Rohingya will mark “Genocide Remembrance Day” with silence and prayers in their rickety homes all day, Ullah said.

“There will be no rallies, no work, no prayers at mosques, no NGO or aid activities, no schools, no madrasas and no food distribution,” he added.

Bangladesh has signed an agreement with Myanmar to return the refugees. But the Rohingya refuse to go without guarantees for their safety and proper rights.

About 600,000 Rohingya remain in Myanmar, but most are not regarded as citizens, living in what Amnesty International describes as “apartheid” conditions.

The Rohingya are not convinced of the “sincerity of the Myanmar authorities”, Bangladesh foreign secretary Masud bin Momen said.

Khin Maung, a 25-year-old Rohingya activist who lost 10 relatives in the horrors of 2017, said the mood in the camps was very depressed.

“We want justice for the murders. We also want to go back home. But I don’t see any immediate hopes. It may take years,” Maung, who leads a Rohingya youth group, said.

He said the desperation had led hundreds to flee the camps this year on rickety boats often arranged by unscrupulous trafficking gangs.

At least 24 refugees are believed to have drowned off the coast of Malaysia last month in the latest in a string of tragedies. The lone survivor managed to swim to shore.

“Myanmar needs to accept an international solution that provides for the safe, voluntary return of Rohingya refugees, while an understandably stretched Bangladesh should not make conditions inhospitable for refugees who have nowhere to go,” said Brad Adams from Human Rights Watch. 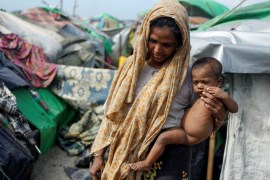 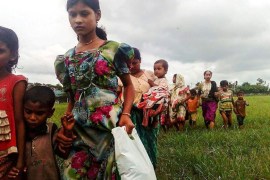 Will Myanmar respect ICJ order to protect Rohingya from genocide?