Doctors at the Siberian hospital where opposition politician Alexey Navalny lies in a coma after suspected poisoning have allowed his family to transport him to a top German medical facility, the hospital’s deputy chief doctor has said.

“We… took the decision that we do not oppose his transfer to another hospital, the one that his relatives indicate to us,” Anatoly Kalinichenko, deputy chief doctor at Omsk hospital, told journalists late on Friday.

Navalny, 44, a fierce critic of President Vladimir Putin and his lieutenants, is in a serious condition after drinking tea on a plane on Thursday that his allies believe was laced with poison.

A plane with German specialists and equipment necessary to transfer Navalny for treatment in Berlin landed at Omsk airport on Friday morning.

German doctors who examined him said Navalny was fit to be flown abroad for medical treatment.

Doctors at the Siberian hospital earlier said he had been diagnosed with a metabolic disease caused by low blood sugar and he was not in a condition to be transported.

Navalny’s allies had criticised Kremlin for not allowing his medical evacuation to Germany, saying he faces mortal danger and the Siberian hospital treating him was under-equipped.

Navalny’s wife Yulia Navalnaya told reporters that hospital staff and men she suspected were law enforcement agents didn’t let her speak to the German specialists, who she said were brought into the facility in secrecy, through a back door.

“I was forcibly kicked out in a rude manner,” Yulia Navalnaya said, her voice shaking. “This is an appalling situation. They are not letting us take Alexei. We believe that clearly something is being hidden from us.”

She submitted a written request for a transfer on Friday to Putin. “I officially apply to you with a demand for permission to take Alexey Navalny to Germany,” she posted on Navalny’s Twitter account.

Leonid Volkov, Navalny’s chief of staff, said his family had “no diagnosis, no analysis” and no access to reliable data about his condition, accusing the Russian authorities of trying to conduct a “cover-up operation”.

Later on Friday, the European Court of Human Rights said it was considering a request from Navalny’s allies to urge the Russian government to let the politician be transferred. 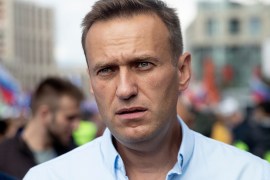 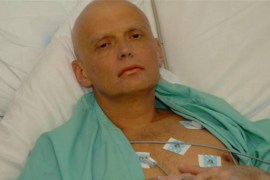 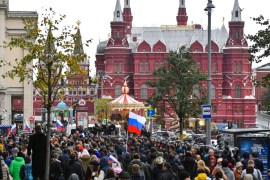 Putin vs Navalny: The street will decide

The presidential race in Russia has started and its outcome will be determined in the streets. 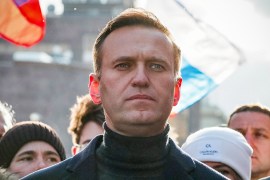 Air ambulance has left Germany to collect Putin foe from Omsk hospital where he was admitted after suddenly falling ill.