In the early hours of August 2, 1990, Iraq’s army under President Saddam Hussein launched an attack on neighbouring Kuwait.

Within hours, the capital city of the small oil-rich country had fallen, while Kuwait’s head of state, Sheikh Jaber al-Ahmad al-Sabah, had fled to Saudi Arabia.

“When I heard the news that morning, I was overcome by an overwhelming sense of pain and despair,” said Subhi Tawfiq, a retired general of the Iraq army at the time.

“It was a dreadful day for both Gulf countries, but definitely the beginning of the end for Iraq,” he said, recalling the events 30 years ago.

“Nothing has been the same again.”

Although Iraq and Kuwait had decades-old border disputes, the two countries became close allies during the former’s 1980s war against Iran.

Kuwait provided Iraq much needed funding in the form of loans for military equipment during the eight-year conflict.

But after the Iraq-Iran war ended in 1988, Iraq, economically exhausted and laden with enormous debt, needed more financial assistance. It had its eyes on Kuwait’s massive oil resources and expected it to forgive its debt.

Soon after Kuwait rejected its request to forgo the loans, Baghdad launched its offensive. Weeks later, Hussein had annexed Kuwait and pronounced it Iraq’s 19th province.

“From Kuwait’s perspective, Iraq has always harboured an expansionist agenda towards Kuwait and their invasion fit into that agenda,” said Dania Thafer, director of the Gulf International Forum.

“Many in Kuwait also argued that the invasion was largely motivated by Iraq’s desire to control Kuwait’s large oil reserves,” she added.

The invasion was met with swift condemnation by the international community which moved to isolate Iraq politically and economically.

On August 6, the UN Security Council (UNSC) demanded the immediate and unconditional withdrawal of Iraqi forces from Kuwait. It also slapped a trade, financial and military embargo on Baghdad.

But by late November, Kuwait was still under Iraqi occupation. The UNSC then authorised the use of “all necessary means” to force Iraq out of Kuwait if its troops did not withdraw by January 15, 1991. In the meantime, US President George Bush sent troops to Saudi Arabia and assembled a US-led international coalition with the goal of intervening if the deadline was not met.

As the deadline passed with Hussein refusing to retreat, the US-led coalition launched Operation Desert Storm on January 17, 1991, with the fierce bombardment of targets in both Kuwait and Iraq.

The 43-day operation ended on February 27 after a 100-hour ground offensive forced Iraq to withdraw its troops.

After nearly a seven-month occupation, Iraq had finally accepted all UN resolutions – but only after suffering thousands of military and civilian casualties and extensive damage to its infrastructure.

In Kuwait, meanwhile, entire neighbourhoods had been destroyed, hundreds of Kuwaitis were killed or tortured and most of its oil wells had been set alight.

Iraq brought ‘to its knees’

Shortly after the cessation of hostilities, Sheikh al-Sabah returned to rebuild and recover a shattered Kuwait.

Some analysts argue Kuwait never fully returned to its prewar opulence. Still, the small Gulf state eventually regained domestic harmony despite resentment among some Kuwaitis against the US operations and towards those who fled the country during the war.

Kuwait also preserved its international standing, especially after parliament was restored following a 1992 election, explained Courtney Freer, an expert on Gulf states and research fellow at the London School of Economics Middle East, adding that “the invasion solidified feelings of nationalism and loyalty to the ruling family”.

For Iraq, however, the invasion opened the door to decades of devastation. In 2003, a US-led invasion devastated the country and was followed by a bloody sectarian conflict and the emergence of ISIL (ISIS) that seized large swaths of the country’s territory between 2014 and 2017. Until today, the country suffers from a lack of basic services and deep-rooted corruption amid growing anger over a sectarian ruling elite that has done little to alleviate the suffering of common Iraqis.

Iraq's invasion of Kuwait was a dreadful day for both Gulf countries, but it was definitely the beginning of the end for Iraq.

Instead of gaining access to Kuwait’s oil reserves or becoming a more strategic regional power, Iraq emerged from the war a pariah state led by what the international community now considered a rogue actor.

Iraqis also continued to suffer under crippling sanctions and years of embargo imposed by the UN.

“The sanctions and isolation brought Iraq to its knees. After the war, my whole monthly salary – a substantial income at the time – could barely buy me a pack of cigarettes,” recalled the retired army general Tawfiq.

“That invasion destroyed Iraq. Things only got from bad to worse,” he added. 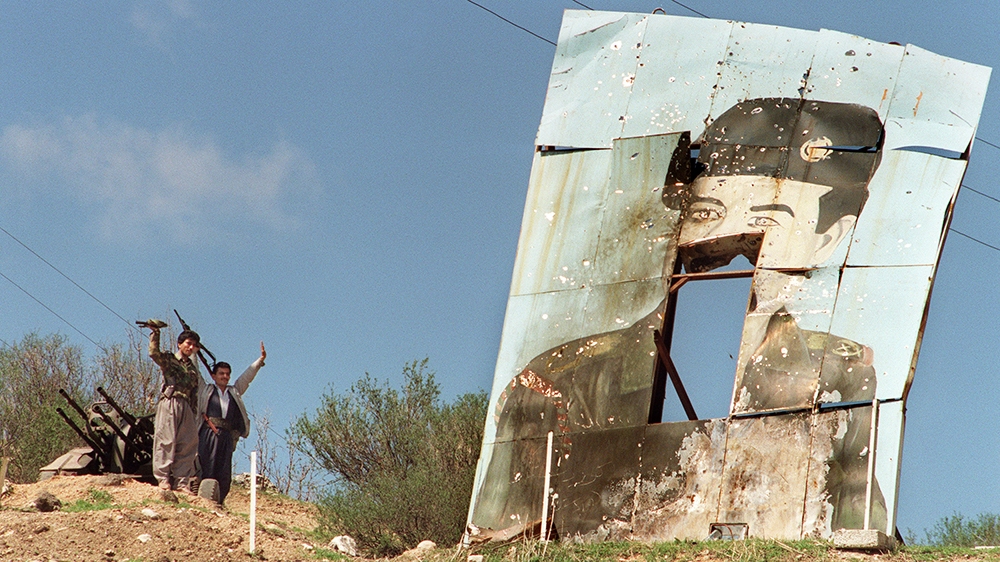 Solidified US presence in Gulf

A major long-term effect of the Gulf War was that it paved the way for greater US security and military presence in the region.

Although US involvement in the war came on the heels of a request from Saudi Arabia and other Gulf states for military assistance to curb Iraqi expansionism in the region, Washington had its own clear interests.

“Bush was scared that Saudi Arabia and other GCC states could be next which would effectively cause disruption in oil production thereby causing a ripple-effect for economies across the globe,” said Thafer.

“Additionally, the Gulf War provided a geostrategic opportunity to expand US military presence in the Gulf region and solidify its position as a superpower,” she added.

“The US benefitted economically from its expanded security role in the Gulf. Defence and military trade increased as the US began having more military-to-military cooperation with the GCC states.”

The Gulf War provided a geostrategic opportunity to expand US military presence in the Gulf region and solidify its position as a superpower.

by Dania al-Thafer, director of the Gulf International Forum

Freer agreed: “The war arguably justified a larger US military footprint on the Arabian Peninsula, with large bases in Kuwait, Qatar and a naval base in Bahrain, since the invasion had revealed vulnerability of the smaller states in the region.”

It also set the stage for the US-led invasion of Iraq more than 10 years later. Unsurprisingly to many, tens of thousands of US troops assembled in Kuwait before the start of the operations, with Kuwait serving as a bridgehead for the US military occupation of Iraq.

According to Freer, the US’s successful involvement in the first Gulf War emboldened its decision to invade Iraq in 2003.

“There was a sense of unfinished business, since US involvement did not lead to regime change in Iraq – something that the first Bush administration wanted but did not impose,” said Freer.

Since the end of the first Gulf War, there have been major signs of mending regional and global relations with Iraq. Several global powers supported Iraq in a military operation against the ISIL until Baghdad’s victory against the armed group in 2017.

Notably, Kuwait also dedicated $30bn aid in 2018 to help Iraq – but 30 years on, the memory of the devastating war still haunts many in both Kuwait and Iraq.