Israel has said it carried out fresh air raids on the Gaza Strip in response to three alleged rockets fired from the besieged Palestinian enclave.

No casualties were reported in the attacks late on Sunday that took place amid heightened tensions over Israel’s widely criticised plan to illegally annex parts of the occupied West Bank.

Palestinian media outlets said an Israeli fighter jet targeted a position belonging to Hamas, the group that administers the Gaza Strip, in the al-Zaytoun neighbourhood. Agricultural land in the area was also reportedly hit.

In a statement posted on Twitter, the Israeli army said a total of three rockets were fired from Gaza towards Israel, setting off air-raid sirens.

It said one of the rockets was intercepted, while Israeli Channel 12 TV said the other two landed in open areas.

Israel has long held Hamas responsible for violence from Gaza, while Hamas says Israel is responsible for the state of anger and pressure inflicted on Gaza’s residents because of the continued siege. Since 2008, Israel has waged three wars on the Gaza Strip, killing thousands of people.

In recent months, an informal ceasefire has largely been observed under which Israel has at times slightly eased its crippling blockade of the enclave.

But tensions have been rising as Israeli Prime Minister Benjamin Netanyahu has said he hopes to soon begin the annexation process, a controversial plan that has been denounced by much of the international community including UN experts who say such a move would be a serious violation of the Charter of the United Nations and the Geneva Conventions.

Hamas warned Israel late last month that its planned annexation amounted to a “declaration of war”.

On June 26, two rockets were fired from Gaza towards Israel, triggering a punitive Israeli air raid on Hamas installations in the Strip. On July 1, Netanyahu’s target date to begin the annexation process, Hamas fired a volley of rockets into the sea as a warning to Israel not to go ahead with the move, according to reports. 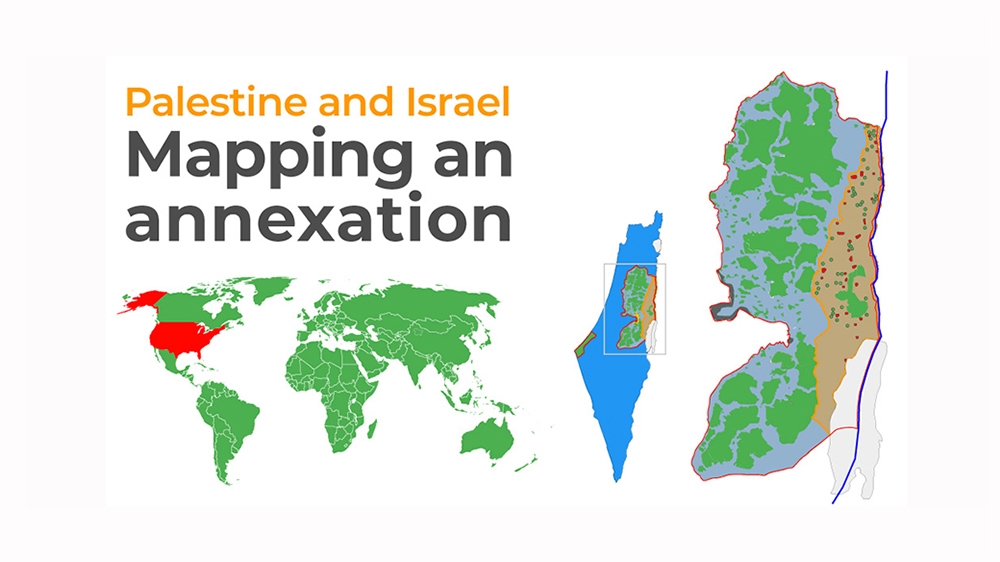 Last week, Hamas and its rival party, the West Bank-based Fatah, announced in a rare joint news conference that they would work together to fight Israel’s planned annexation.

The Israeli plan, which aims to annex all illegal Jewish settlements in the West Bank – including the strategic Jordan Valley – amounts to one-third of the territory and is in line with a proposal by US President Donald Trump that also envisages a demilitarised Palestinian state on a patchwork of disjointed parts of the Palestinian territories.

But the US plan falls far short of the aspirations of Palestinian leaders, who seek an independent Palestinian state along the 1967 lines with East Jerusalem as its capital.

Trump’s plan also seeks to disarm Hamas, which the US has designated as a “terrorist” organisation.

Some two million Palestinians live in Gaza, whose economy has suffered under years of Israeli and Egyptian blockades as well as recent foreign aid cuts and sanctions by the Fatah-led Palestinian Authority in the West Bank city of Ramallah.