All 68 prisoners that escaped from a jail near Cape Town have been recaptured following a large-scale manhunt, a spokesman for the South African justice ministry has said.

The prisoners, who were awaiting trial, escaped around noon from the facility, situated along the west coast some 66km (41 miles) from Cape Town, officials said.

The escapees opened other cells before fleeing across the main entrance and roof. At the time, there were 451 inmates in the prison and 20 officials on duty.

“The escapees overpowered officials, took the keys and locked three officials in a cell and opened other cells before escaping through the main entrance and over the roof,” said the department in a statement on Sunday.

A video circulated on social media by well-known anti-crime activist Yusuf Abramjee showed a number of men running from the prison grounds.

Prisoners escape Malmesbury. Some even hijacked a vehicle. pic.twitter.com/HqugqzLu5M

South African police had earlier said that 69 prisoners had escaped. Authorities later realised that one of them had in fact remained on the premises.

Witness Justus Schoonraad, a high school principal, was quoted by local media on Friday as saying some prisoners made their way onto the school premises.

“I was sitting at my desk and then I heard a few shots from the vicinity of the prison and that is about 400m from the school,” he said. 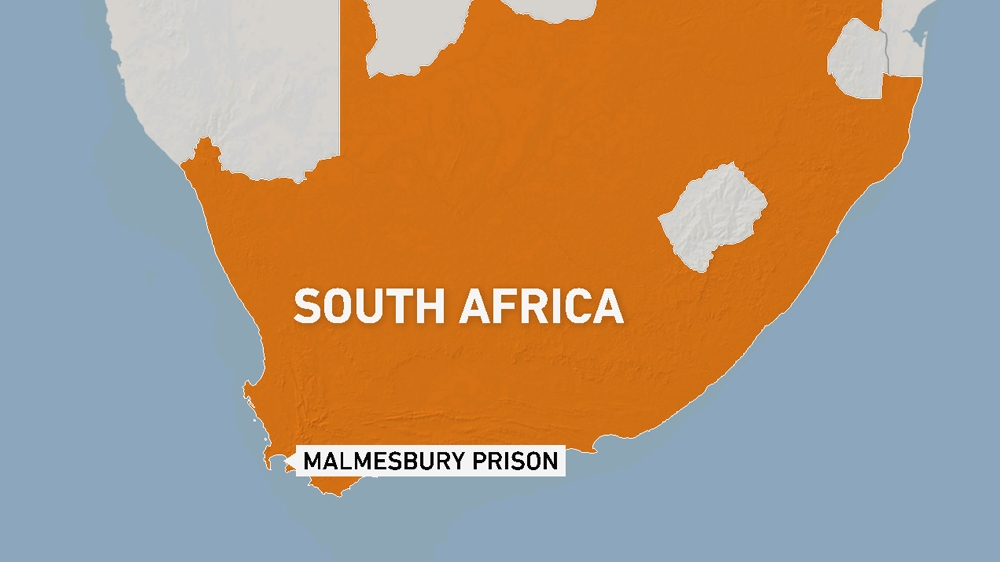 “I saw a lot of guys running around, and these guys were running all over the place.”

During the incident, nine officials sustained minor injuries and bruises.

South Africa’s prisons are notorious for their entrenched gang culture, where overstretched staff are often targeted in overcrowded prisons and rehabilitation is difficult.