US President Donald Trump has indicated that it was “always possible” he would order the closure of more Chinese consulates in the United States, after the US gave Beijing 72 hours to shut its consulate in Houston further souring ties between the two countries.

Trump, at a White House news conference on Wednesday, noted that a fire had been spotted on the Houston consulate’s grounds after the US Department of State ordered the closure.

“I guess they were burning documents and burning papers,” he said.

China has condemned the closure as “an unprecedented escalation” that would sabotage relations between the two countries.

The South China Morning Post reported on Thursday that Beijing could retaliate by shutting down the US consulate in the Chinese city of Chengdu. It cited an official briefed on the decision.

Chinese state media angrily reacted to the move as an attempt to blame Beijing for American failures ahead of presidential elections in November.

The official English-language newspaper China Daily on Thursday described the move as “a new gambit in the US administration’s bid to paint China as a malevolent actor on the world stage, and thus make it an outlaw to the international community”.

“The move shows that lagging behind his presidential election opponent in the polls… the US leader is going all out in his attempts to portray China as an agent of evil,” it added.

In a statement earlier on Wednesday, Morgan Ortagus, spokeswoman for the US Department of State, said Washington directed the Houston consulate’s closure “in order to protect American intellectual property and Americans’ private information”.

She did not elaborate.

In Beijing, Wang Wenbin, a spokesman for China’s foreign ministry, called the “unilateral closure” of the Houston consulate “an unprecedented escalation of” US’s recent actions against China.

“We urge the US to immediately revoke this erroneous decision. Should it insist on going down this wrong path, China will react with firm countermeasures,” Wang said.

He added that China “strongly condemns” the “outrageous and unjustified move, which will sabotage China-US relations”.

Wang did not indicate what steps China would take against the US. Besides its embassy in Beijing, the US has five consulates in mainland China, according to its website. They are in Shanghai, Guangzhou, Chengdu, Wuhan and Shenyang.

As a result of smears & hatred fanned up by the #US gov, the Chinese embassy has received #bomb & #DeathThreats.

Meanwhile, Chinese Foreign Ministry spokeswoman Hua Chunying wrote on social media on Wednesday that China’s embassy in Washington, DC had received bomb and death threats, as a result of “smears” and “hatred fanned up” by the US government.

Washington’s order comes as the two countries clash on a wide range of issues, from trade to the coronavirus pandemic and China’s policies in Hong Kong, Xinjiang and the South China Sea.

“Shutting down a major Chinese consulate and evicting its diplomats is a dramatic and unprecedented move that will prompt some form of retaliation by Beijing,” said Daniel Russel, Vice President at the Asia Society Policy Institute and an Assistant Secretary of State for East Asian and Pacific Affairs during the administration of former US President Barack Obama.

“This further reduces the few remaining diplomatic channels between the two sides and is a step that will prove difficult to reverse.”

The US has long accused China of stealing intellectual property and technology, an allegation that is one of the core issues in the trade war between the world’s top two economies. Beijing denies the accusation, but committed to addressing some of the US complaints in the first phase of a trade deal that was signed in January.

The commitment includes following through on previous pledges to eliminate any pressure for foreign companies to transfer technology to Chinese firms as a condition of market access.

There are five Chinese consulates in the US, as well as an embassy in Washington. The Chinese consulate in Houston was opened in 1979 – the first in the year the US and the People’s Republic of China established diplomatic relations, according to its website.

Wang said the consulate was operating normally but did not reply to questions about US media reports in Houston on Tuesday night that documents were being burned in a courtyard at the consulate.

As this developed, the US Federal Bureau of Investigation said it believes that a Chinese researcher, accused of visa fraud for hiding her affiliation with the Chinese military, has been holed up in the Chinese consulate in San Francisco for a month, according to court filings.

The filings in US District Court in San Francisco said that Juan Tang, who worked at the University of California, Davis, falsely claimed on her visa application that she had not served in the Chinese military.

But investigators found photos of her in a Chinese military uniform and discovered she had worked as a researcher at China’s Air Force Military Medical University.

The FBI questioned her on June 20 and afterwards she went to the consulate where the FBI believes she has remained. She was charged with visa fraud on June 26. 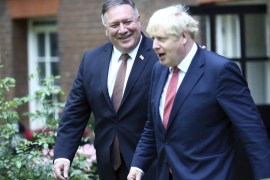 Pompeo in UK calls for ‘coalition’ to counter China

The criticism came hours after Britain suspended its extradition treaty with Hong Kong and blocked arms sales to it. 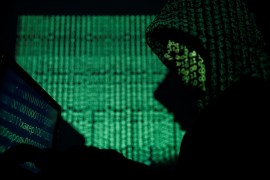