China has announced retaliatory sanctions against a group of United States politicians, including Republican Senators Marco Rubio and Ted Cruz, days after Washington blacklisted a number of Chinese politicians for alleged human rights abuses of the Uighur minority.

Hua Chunying, a spokeswoman of China’s Ministry of Foreign Affairs, said the measures – which also targeted Republican Congressman Chris Smith, the US Congressional-Executive Commission on China and Sam Brownback, the US ambassador-at-large for international religious freedom – would begin on Monday.

Hua did not elaborate on what the “corresponding sanctions” would entail.

Last week, the US imposed visa bans and asset freezes on several Chinese officials, including the Communist Party chief in Xinjiang, Chen Quanguo, over the alleged abuses in the western region.

“We urge the US to immediately withdraw its wrong decision, and stop any words and actions that interfere in China’s internal affairs and harm China’s interests,” Hua said.

“China will make a further response depending on the development of the situation.” 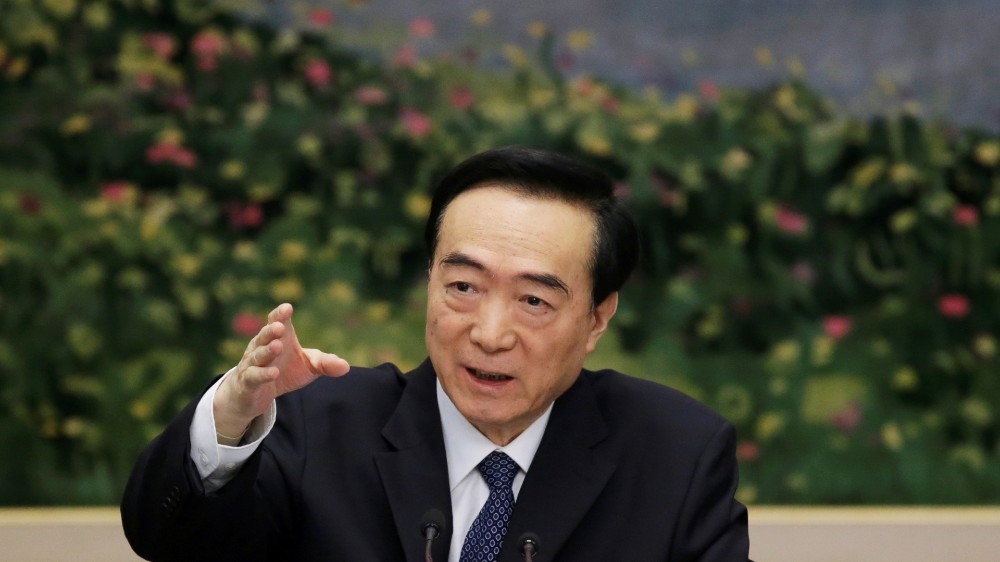 Washington and Beijing have traded barbs and sanctions on a slew of issues, from trade to more recent spats over the coronavirus pandemic, a security law in Hong Kong, and Chinese policies in Tibet and Xinjiang.

Witnesses and human rights groups say that China has rounded up more than one million Uighurs and other Turkic Muslims in Xinjiang in a vast brainwashing campaign aimed at forcibly homogenising minorities into the country’s Han majority.

Secretary of State Mike Pompeo said last week the US was acting against “horrific and systematic abuses” in the region including forced labour, mass detention and involuntary population control.

China rejects the accusations, but it has acknowledged sending Uighurs to “vocational education centres” to learn Mandarin and job skills in a bid to steer them away from “terrorism” and separatism.

Members of the Uighur diaspora say their relatives have been arrested for seemingly innocuous acts such as sending Ramadan greetings to friends or downloading popular music.

The US sanctions came after a new book by John Bolton, Trump’s former national security adviser, alleged that the president spoke approvingly of his Chinese counterpart’s explanation of “why he was basically building concentration camps” to intern Uighurs during a G20 meeting in Osaka in 2019 that was attended only by interpreters.

Bolton wrote that the US interpreter said that Trump spoke approvingly of the camps.