An announcement on Israel’s planned annexation of parts of the occupied West Bank was not imminent on Wednesday, the date set by the coalition government to start the widely criticised process, its foreign minister said.

The statement by Gabi Ashkenazi came a day after Israeli Prime Minister Benjamin Netanyahu said his government’s discussions with the United States on the annexation plan would continue “in the coming days”, indicating he would miss the self-imposed July 1 target date to begin debate on the controversial issue.

“I reckon there will be nothing today,” Ashkenazi, a member of the centrist Blue and White party that eventually partnered up with Netanyahu’s right-wing Likud after three inconclusive elections, told Israel’s Army Radio.

In a sign of rifts within the coalition over the timing of any unilateral annexation move, which has been fiercely opposed by the Palestinians and most of the international community, Ashkenazi referred further questions on the matter by the interviewer to Netanyahu.

It also came after Benny Gantz, alternate prime minister and defence minister, said this week that annexation must wait until the coronavirus crisis has been contained. Gantz, the leader of the Blue and White party, is due to take over as prime minister in November 2021 under the terms of the coalition deal.

Netanyahu may still move forward, either later on Wednesday or in the coming days, with reports in Israeli media suggesting he may announce a symbolic move such as the annexation of one illegal settlement on Jerusalem’s outskirts. 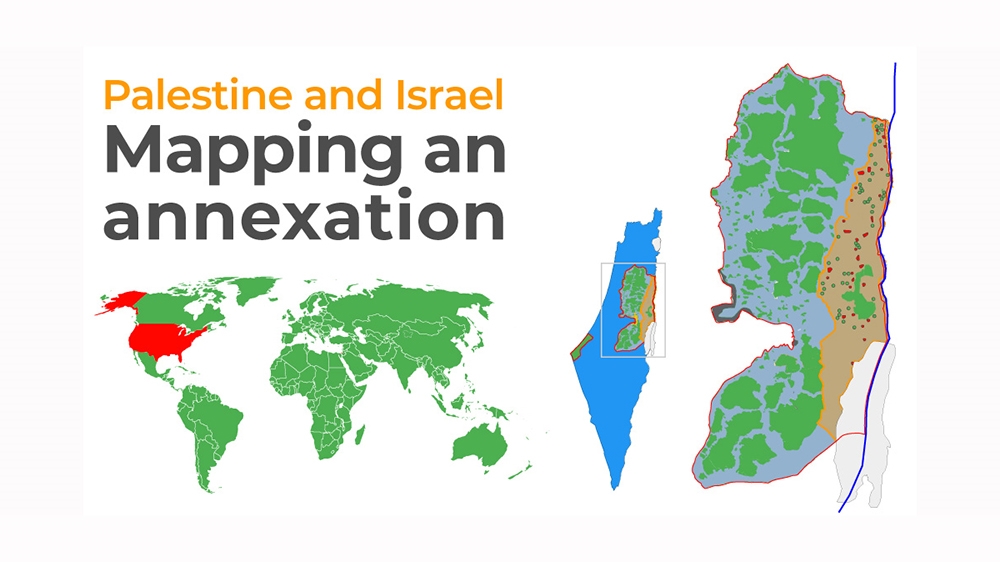 Meanwhile, Palestinians began gathering in Gaza City for a demonstration against the plan with rallies in the West Bank also scheduled for later in the day.

“For Palestinian officials, annexation is still on the table, whether it happens gradually or delayed for weeks and months,” said Al Jazeera’s Nida Ibrahim, reporting from Ramallah, the seat of the Palestinian Authority.

“They say this is just one step further of institutionalising and cementing the Israeli occupation.”

Netanyahu has been eager to start the controversial process, which is in line with President Donald Trump’s so-called Middle East plan, by Wednesday.

Unveiled in late January and rejected by the Palestinians, the plan offered a path for Israel to annex territory and Jewish West Bank settlements, communities considered illegal under international law.

It also proposes the establishment of a demilitarised Palestinian state on a patchwork of disjointed parts of the Palestinian territories.

Palestinian leaders have said they are willing to renew long-stalled talks with Israel – but not on the terms outlined in the Trump proposal.

“We will not sit on a table where the American-Israeli plan is on the table,” said Saeb Erekat, secretary-general of the executive committee of the Palestine Liberation Organization. “This is not a peace plan from Netanyahu, it’s an annexation, apartheid … and we will not sit on any table.”

Hamas, which administers the besieged Gaza Strip, said Israeli annexations in the West Bank would be a “declaration of war”.

It would also effectively kill the likelihood of a two-state solution to the Arab-Israeli conflict that was based on the idea of land for peace.

But many Palestinians would argue the annexation is merely a formality for what has already been happening on the ground in the West Bank for years.

While the US has offered tacit support for immediate annexation as part of the Trump plan, most of the international community is vocally opposed to the project.

The UN secretary-general, the EU and key Arab countries have all said Israeli annexation would violate international law and undermine the goal of establishing a viable independent Palestinian state alongside Israel.

Jordan, one of only two Arab nations that have diplomatic ties with Israel, has warned annexation could trigger a “massive conflict” and has not ruled out reviewing its 1994 peace treaty with Israel.

Writing in Israel’s Yedioth Ahronoth newspaper on Wednesday, UK Prime Minister Boris Johnson said although he was a “passionate defender of Israel”, he viewed annexation as “contrary to Israel’s own long-term interests.”

“Annexation would represent a violation of international law,” he said.

Rights group Amnesty International called on the international community to take firm action against the annexation and Israel’s “law of the jungle” mentality.

“Members of the international community must enforce international law and restate that annexation of any part of the occupied West Bank is null and void,” said Saleh Higazi, deputy regional director for Amnesty Middle East and North Africa.

“They must also work to immediately stop the construction or expansion of illegal Israeli settlements and related infrastructure in the Occupied Palestinian Territories as a first step towards removing Israeli civilians living in such settlements.” 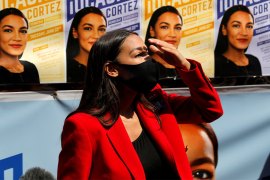 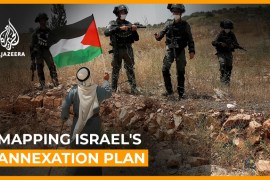 Israel is set to seize one-third of the occupied West Bank, despite international condemnation.