Libya’s internationally recognised government has promised to retake the country’s east after launching an offensive to capture the strategic city of Sirte from the eastern-based forces of renegade commander Khalifa Haftar.

On Saturday, forces allied with the Government of National Accord (GNA) launched the offensive to seize Sirte, a key gateway to the country’s main oil fields in the east, from Haftar’s self-styled Libyan National Army (LNA) forces which had taken the city in January.

On Sunday, Interior Minister Fathi Bashagha said: “Libya will not be completed without its east.”

Haftar, who launched a campaign last April to capture the capital, Tripoli, from the GNA, has recently suffered significant military setbacks at the hands of forces aligned with the government, which is backed by the United Nations.

On Friday, a government military spokesman said GNA forces were in complete control of the city of Tarhuna, about 90 kilometres (56 miles) southeast of Tripoli, and Haftar’s last stronghold in western Libya. 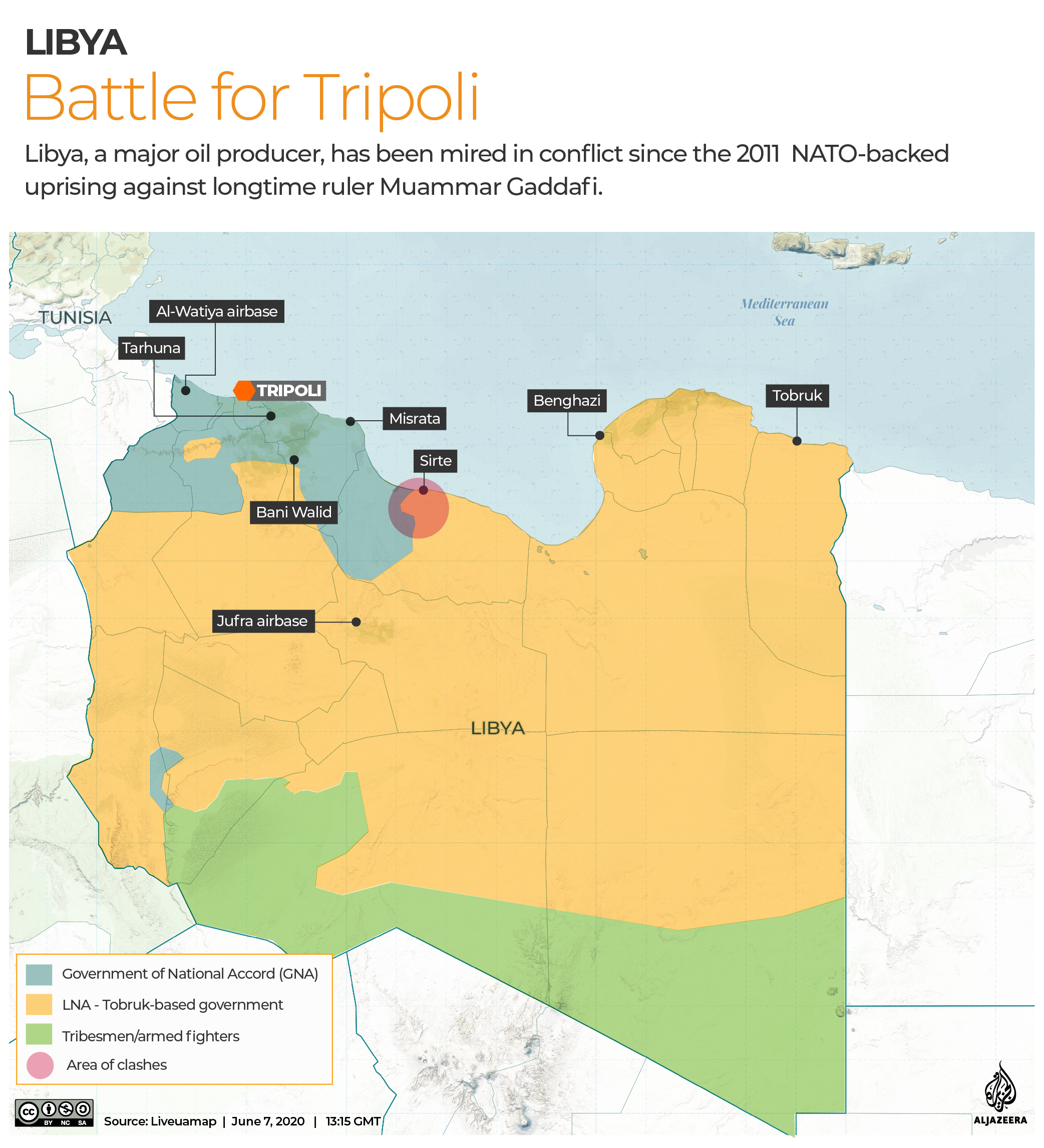 On Saturday, Egypt, which backs Haftar, unveiled an initiative to end the conflict in Libya. The plan, revealed by Egypt’s President Abdel Fattah el-Sisi alongside Haftar at a news conference, included a proposal for a ceasefire to take effect from Monday.

The United Nations Support Mission in Libya, on Sunday, welcomed the initiative.

“In order for talks to resume in earnest, the guns must be silenced. In that light, UNMSIL welcomes the calls by international and regional actors in recent days for an immediate cessation of hostilities in Libya,” the UN mission said in a statement.

However, it said it remains alarmed by the harm inflicted on the civilian population by the continuing cycle of violence in Libya.

“The recent military movements in Greater Tripoli and Tarhouna have led to new waves of displacement and suffering of over 16,000 Libyans in the past few days,” it added.

The oil-rich North African country is split between two rival administrations in the east and the west, each backed by opposing fighters struggling for power in the wake of Gaddafi’s downfall.