President Donald Trump has angrily denied that he was briefed about reported Russian efforts to pay bounties to Taliban-linked fighters to kill American troops in Afghanistan, dismissing a New York Times report on the bounties.

“Nobody briefed or told me, @VP Pence, or Chief of Staff @MarkMeadows about the so-called attacks on our troops in Afghanistan by Russians,” Trump wrote on social media on Sunday, calling on the newspaper to name its anonymous source.

“Everybody is denying it there have not been many attacks on us,” he wrote, despite a Washington Post follow up report on Sunday saying that the bounties resulted in the deaths of American troops.

In a separate tweet late on Sunday, Trump added: “Intel just reported to me that they did not find this info credible, and therefore did not report it to me or @VP.”

Intel just reported to me that they did not find this info credible, and therefore did not report it to me or @VP. Possibly another fabricated Russia Hoax, maybe by the Fake News @nytimesbooks, wanting to make Republicans look bad!!! https://t.co/cowOmP7T1S

The New York Times reported on Friday that US intelligence had concluded a Russian military intelligence unit linked to assassination attempts in Europe offered rewards for successful attacks last year on American and coalition soldiers, and that armed fighters were believed to have collected some bounty money.

Meanwhile, the Kremlin on Monday rejected as “lies” media reports that Russian forces offered to pay Taliban fighters to kill US soldiers in Afghanistan.

The White House and Director of National Intelligence on Saturday denied the report. Russia’s foreign ministry also dismissed it.

On Sunday, the New York Times also published an additional report saying US intelligence and special operations forces in Afghanistan alerted superiors as early as January to the suspected Russian plot to pay bounties, citing officials briefed on the matter.

House of Representatives Speaker Nancy Pelosi, part of the so-called Gang of Eight leaders who receive frequent intelligence briefings, said she was not aware of the assessment and called for Congress to be briefed.

Pelosi cited the New York Times’ reporting and Trump’s denial as more evidence of the president ignoring allegations against Russia to accommodate Putin.

“There is something very wrong here. But this must have an answer,” she said on ABC News, adding that Trump had already supported Putin by diminishing US leadership in NATO, reducing US forces in Germany and inviting Russia back into the G8.

Pelosi and House Intelligence chairman Adam Schiff also questioned why, if Trump’s claims were true, he was not told about the bounty offer.

“If he was briefed and still wanted Russia back in the G-8, it’s even worse,” Schiff tweeted.

Senate Democratic leader Chuck Schumer urged tough sanctions against Russia in the defence bill that the Senate will debate this week.

“There’s obviously more to this story, but it is pretty remarkable the president’s going out of his way to say he hasn’t heard anything about it,” Trump’s former national security adviser John Bolton told NBC News. 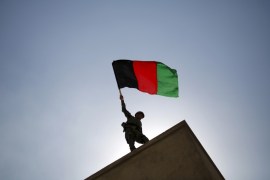 US watchdog: Afghanistan gov’t weakened ahead of Taliban talks

The upcoming intra-Afghan dialogue is the first high-level meeting between the two after years of fighting. 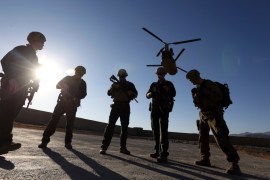 The Taliban also denies the New York Times report, which it denounced as an attempt to defame the armed group. 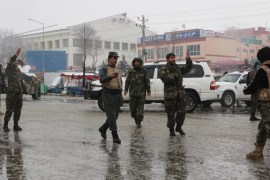 The assault comes as Kabul accuses the fighters of stepping up attacks against security forces in recent weeks.