The number of coronavirus cases in the Philippines has surpassed 35,000, as data from the World Health Organization showed that the country also recorded the fastest increase in the number of infections in the Western Pacific region in the last two weeks.

The Philippine Department of Health (DoH) reported on Sunday an additional 653 positive cases, bringing the total to 35,455. At least eight new deaths were also recorded, with the total number of fatalities reaching 1,244.

Most of the cases reported were from the two most populous metropolitan areas in the country – the capital, Metro Manila, and Cebu.

The Department of Foreign Affairs also reported a total of 8,433 cases and 538 deaths among Filipinos working or living outside of the country.

Between June 16 and June 27, the number of infections in the Philippines rose by 8,143 – the highest among 22 countries in the Western Pacific region, according to the WHO data.

Singapore ranked second with 2,351 cases, and China third with 302 new recorded cases during the period.

Indonesia, which has a higher number of infections and deaths compared with the Philippines, is not included in the WHO’s Western Pacific region.

The Philippines has already eased some of its lockdown restrictions in the Metro Manila area, while the city of Cebu is under stricter measures due to the surge in cases in the last week.

The Philippines has yet to hit its target of 30,000 daily tests, reaching only an average of 12,000 to 14,000 tests a day, according to the latest DoH data. Some health experts feel the low numbers could be due to under-reporting.

Private organisations, however, have stepped in with the Philippine Red Cross launching on Saturday a new laboratory that can process as many as 14,000 samples a day. But it remains unclear whether the optimum number of tests will be reached.

In a statement published on the news website Rappler, the DoH defended its policy to tackle the coronavirus, saying the mortality rate in the Philippines is still lower compared with the global rate.

“Let us not cherry pick the countries we want to compare ourselves to,” the statement said.

But in a social media post, Dr Tony Leachon, a health expert who recently resigned from the government coronavirus committee, described the recent spike in infections as “disturbing”.

“The rapid rise in new cases is disturbing because this would cause the acceleration phase leading to more deaths and collapse of healthcare system,” he said. 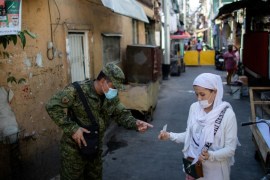 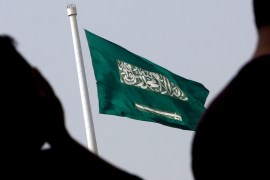 Yemeni and Philippine embassies in Riyadh announce emergence of a number of coronavirus cases at diplomatic missions. 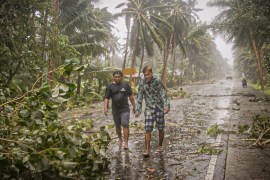 Typhoon slams into the Philippines, forcing a risky evacuation for tens of thousands of people during the pandemic.