The current map of Palestine is often described as resembling “Swiss cheese”. Over the past century it has been carved up, walled-in and filled with hundreds of illegal Israeli settlements and military checkpoints.

Now, in the latest round of Israel’s ongoing occupation and policy of land-grabs this map could become even more disjointed. On July 1, Israeli Prime Minister Benjamin Netanyahu is expected to announce Israel’s annexation of the Jordan Valley and northern Dead Sea.

Annexation is a term used when a state unilaterally incorporates another territory within its borders. Annexing the Jordan Valley would mean that Israel would officially consider it part of the state of Israel.

“International law is very clear: annexation and territorial conquest are forbidden by the Charter of the United Nations,” said Michael Lynk, the UN independent expert on human rights in the Palestinian territories.

To understand what annexation will look like on the ground and how we got here, Al Jazeera has compiled a collection of historic and present-day maps for you to explore.

Click on any of the links to jump straight to that section:

During World War I, Britain made several conflicting agreements to gain the support of various groups in the Middle East. Most notably was the Balfour Declaration – a public pledge promising the “establishment in Palestine of a national home for the Jewish people”.

On October 31, 1917, British forces conquered Palestine from the Ottoman-Turks, ending 1,400 years of Islamic rule over the region. In 1920, it began its 28-year rule over British Mandate Palestine.

Before the British Mandate in Palestine, Jews made up around six percent of the total population. 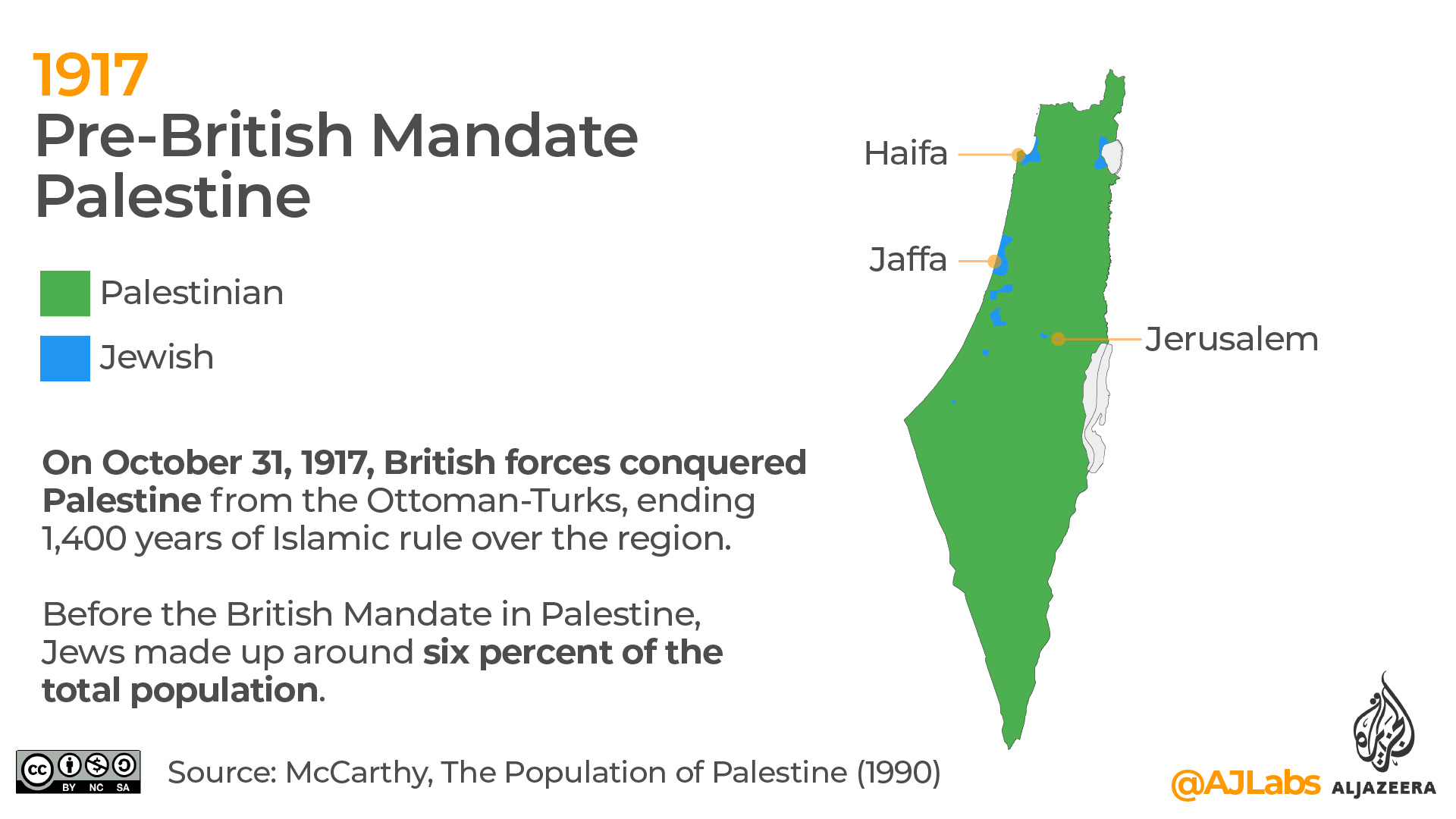 The British Mandate facilitated Jewish immigration from Europe to Palestine in the 1920s and 1930s. The Jewish population in Palestine increased from 6 percent (1918) to 33 percent (1947). 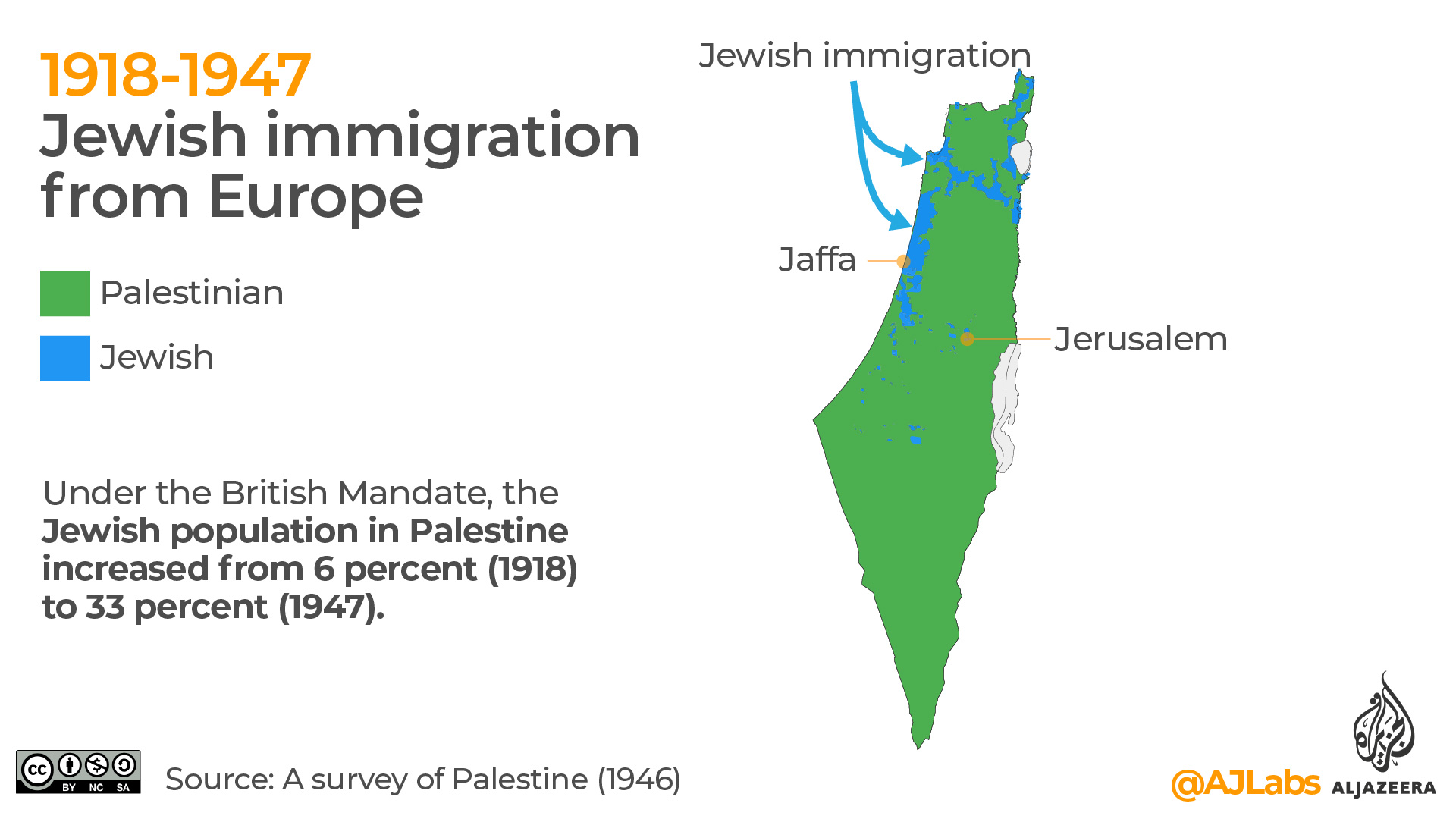 A total of 376,415 Jewish immigrants, mostly from Europe, arrived in Palestine between 1920 and 1946 according to British records. At its peak in 1935, 61,854 Jews immigrated to Palestine. A detailed breakdown of these records is available here – Stanford BJPA (Page 185) and here – Atlas of Palestine (Page 21). 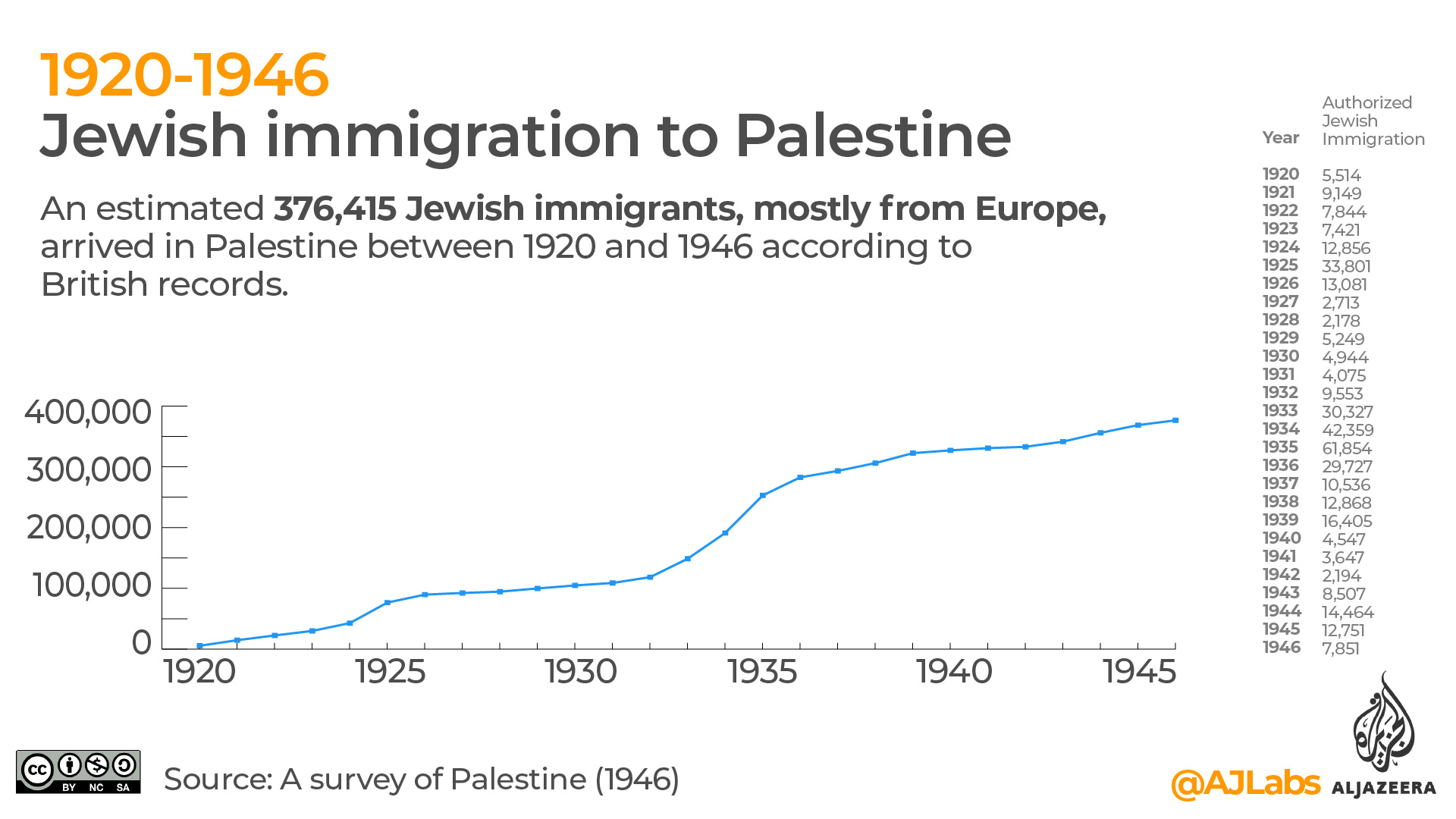 This 1935 animated map produced by March of Time shows where many of Germany’s Jews fled to following the rise of Hitler’s Nazi party / Getty Images.

Following the end of WWII, the newly formed United Nations proposed a plan that would grant 55 percent of historic Palestine to a Jewish state and 45 percent to a non-contiguous Arab one. Jerusalem would remain under international control.

Palestinians rejected the proposal because it stripped away much of the land that was under their control. At the time, they owned 94 percent of historic Palestine and comprised 67 percent of the population. This plan was never implemented on the ground. 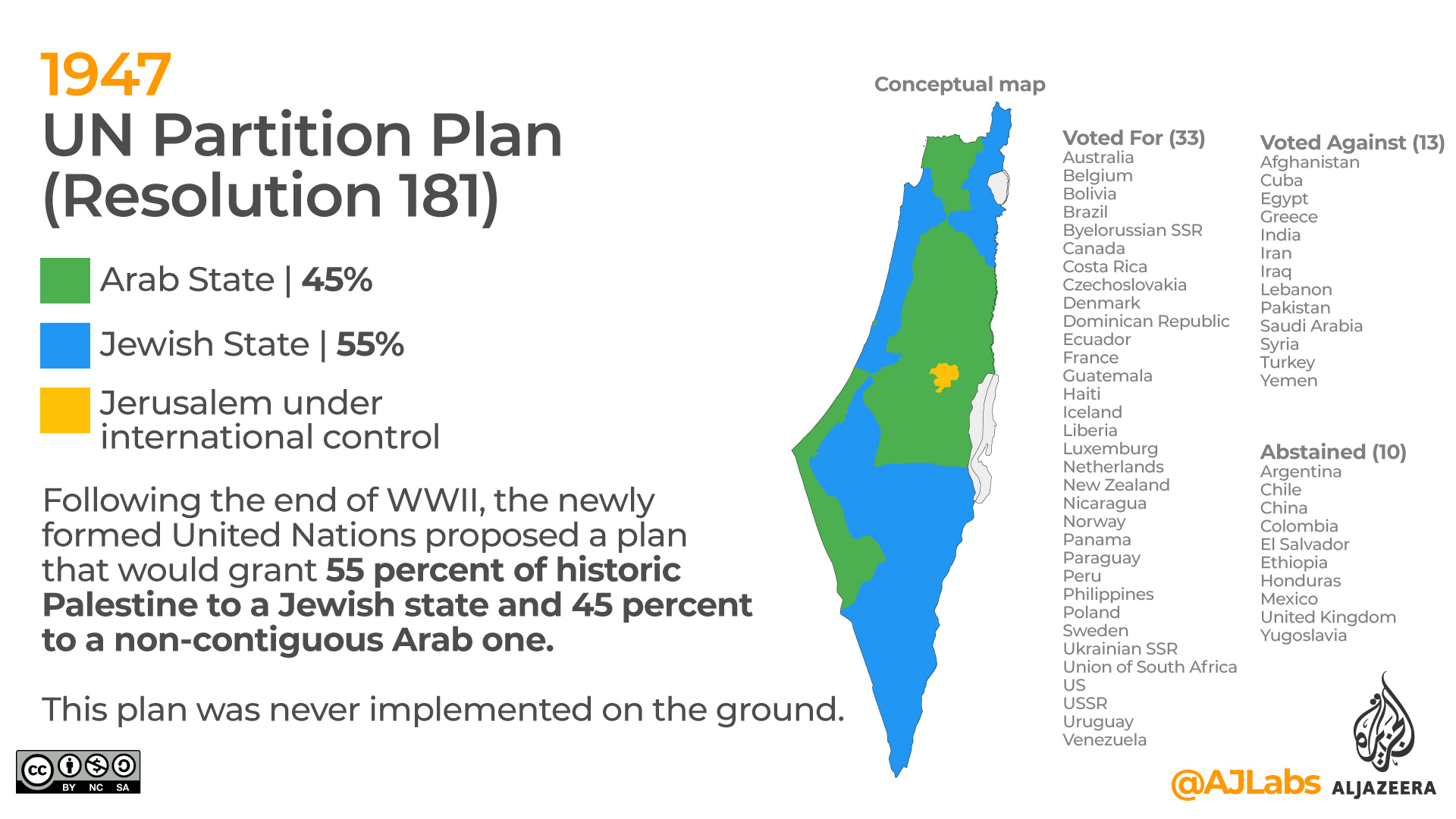 On May 14, 1948, the British Mandate expired triggering the first Arab-Israeli war. Zionist military forces expelled at least 750,000 Palestinians and captured 78 percent of historic Palestine. The remaining 22 percent was divided into the West Bank and Gaza Strip.

The fighting continued until January 1949 when an armistice agreement between Israel and Egypt, Lebanon, Jordan and Syria was forged. The 1949 Armistice Line is also known as the Green Line and is the generally recognised boundary between Israel and the West Bank. The Green Line is also referred to as the (pre-) 1967 borders, before Israel occupied the remaining Palestinian territories during the June 1967 war. 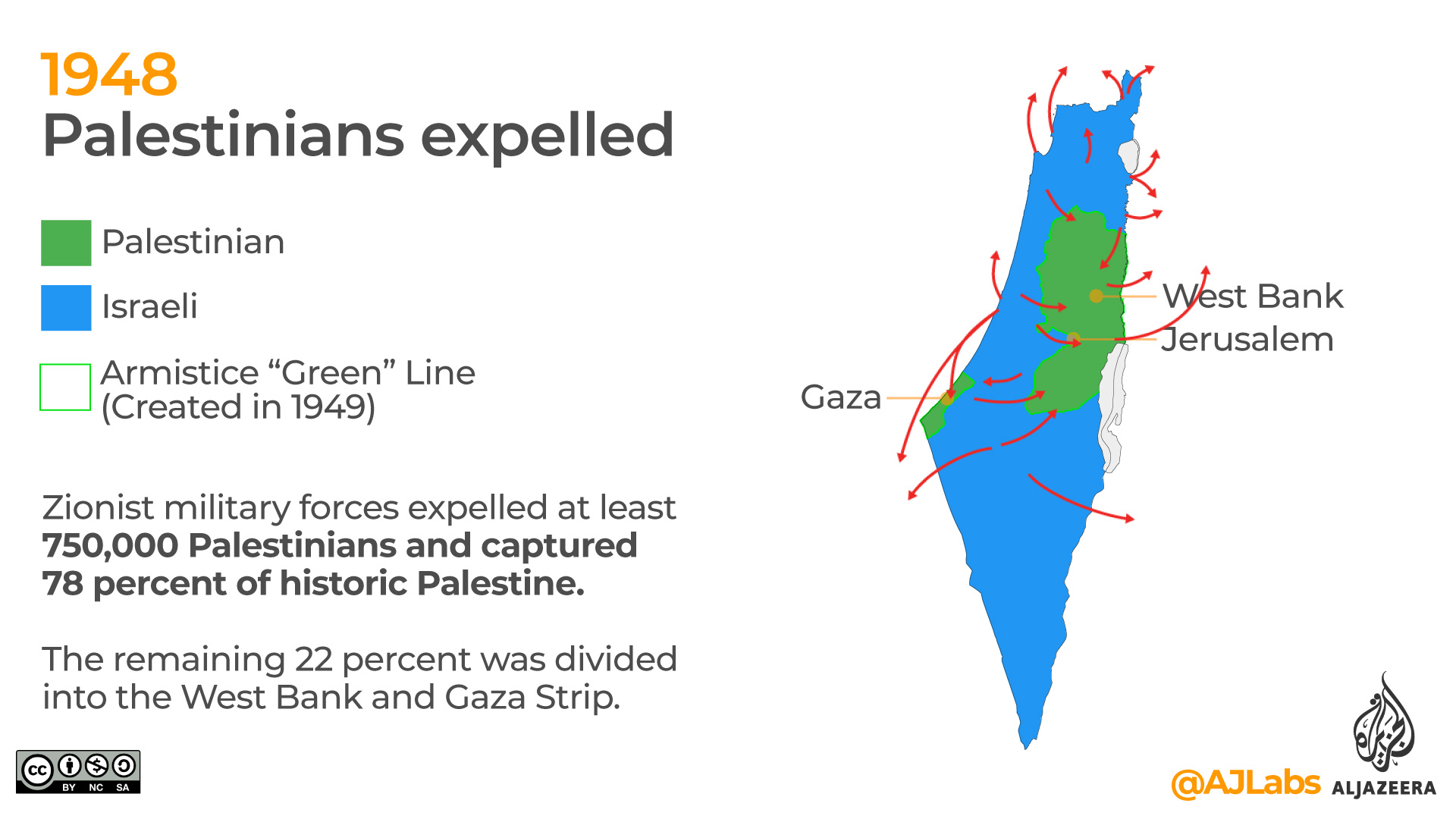 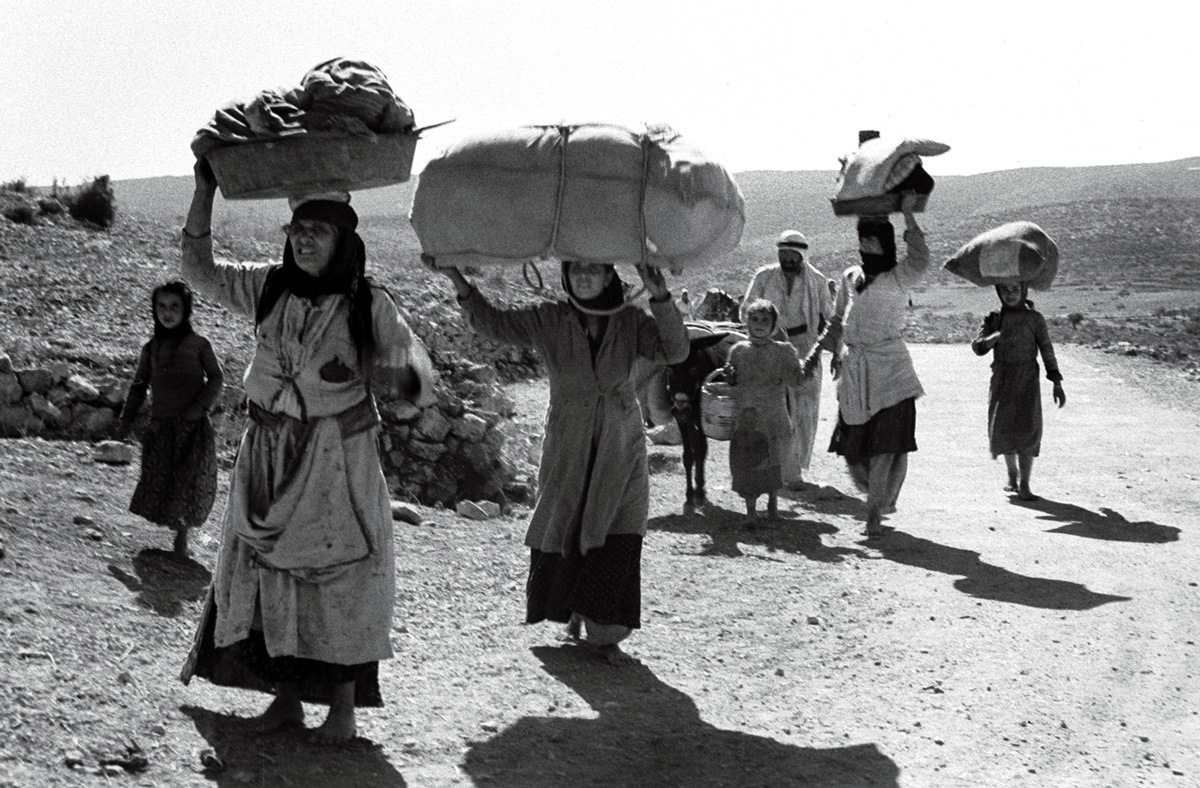 Palestinians, carrying possessions on their heads, flee from an village in Galilee (1948) / Getty Images.

During the June 1967 War, Israel occupied all of historic Palestine and expelled a further 300,000 Palestinians from their homes. Israel also captured the Syrian Golan Heights in the north and the Egyptian Sinai Peninsula in the south. In 1978, Egypt and Israel signed a peace treaty which led to Israel withdrawing from the Egypian territory. 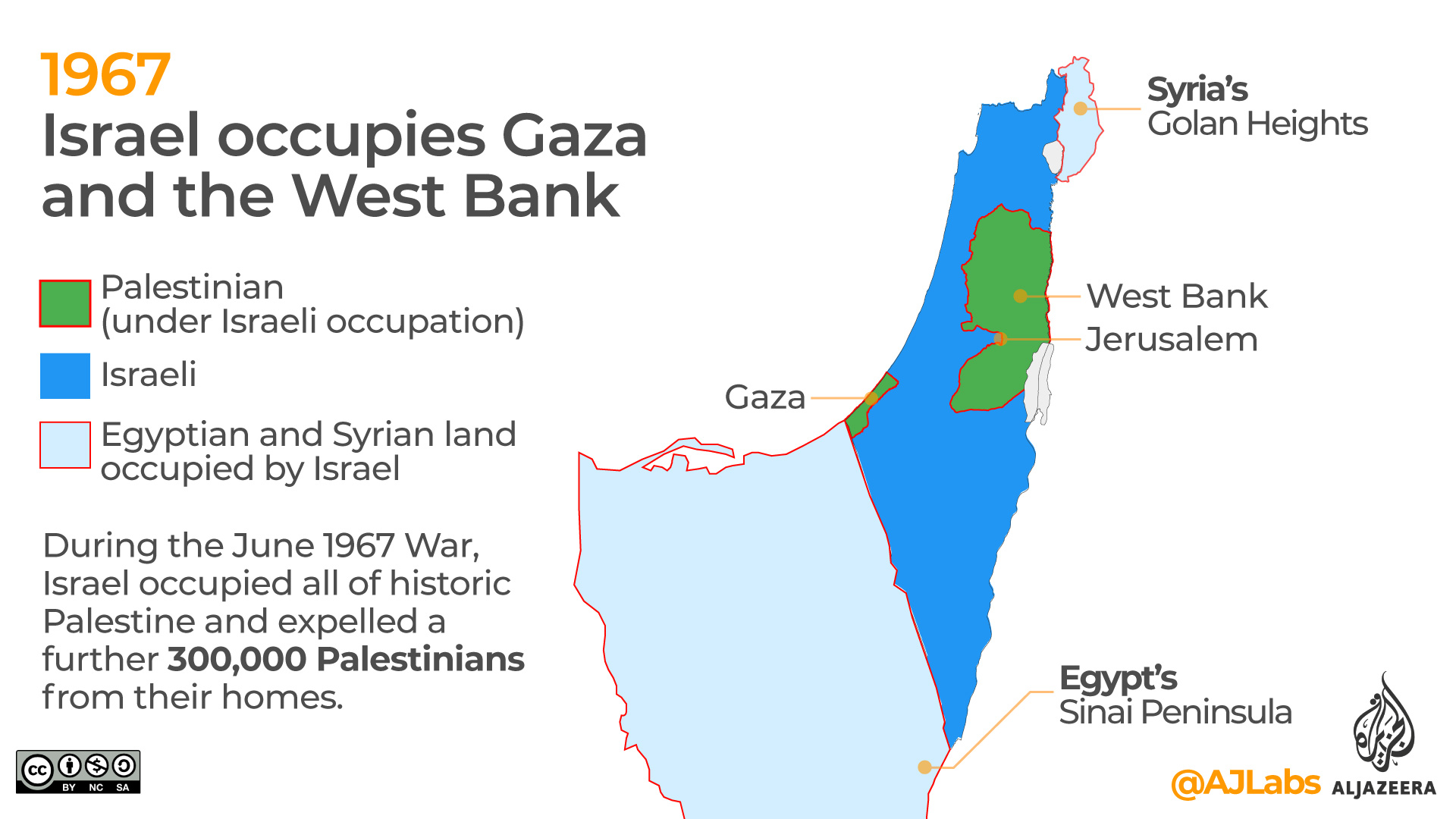 The Oslo Accords represented the first direct Palestinian-Israeli peace agreement. This led to the formation of the Palestinian Authority (PA) – an administrative body that would govern Palestinian internal security, administration and civilian affairs in areas of self-rule, for a five-year interim period.

Area A initially comprised three percent of the West Bank and grew to 18 percent by 1999. In Area A, the PA controls most affairs.

Area B represents about 22 percent of the West Bank. In both areas, while the PA is in charge of education, health and the economy, the Israelis have full control of external security, meaning they retain the right to enter at any time.

Area C represents 60 percent of the West Bank. Under the Oslo Accords, control of this area was supposed to be handed over to the PA. Instead, Israel retains total control over all matters, including security, planning and construction. The transfer of control to the PA has never happened. 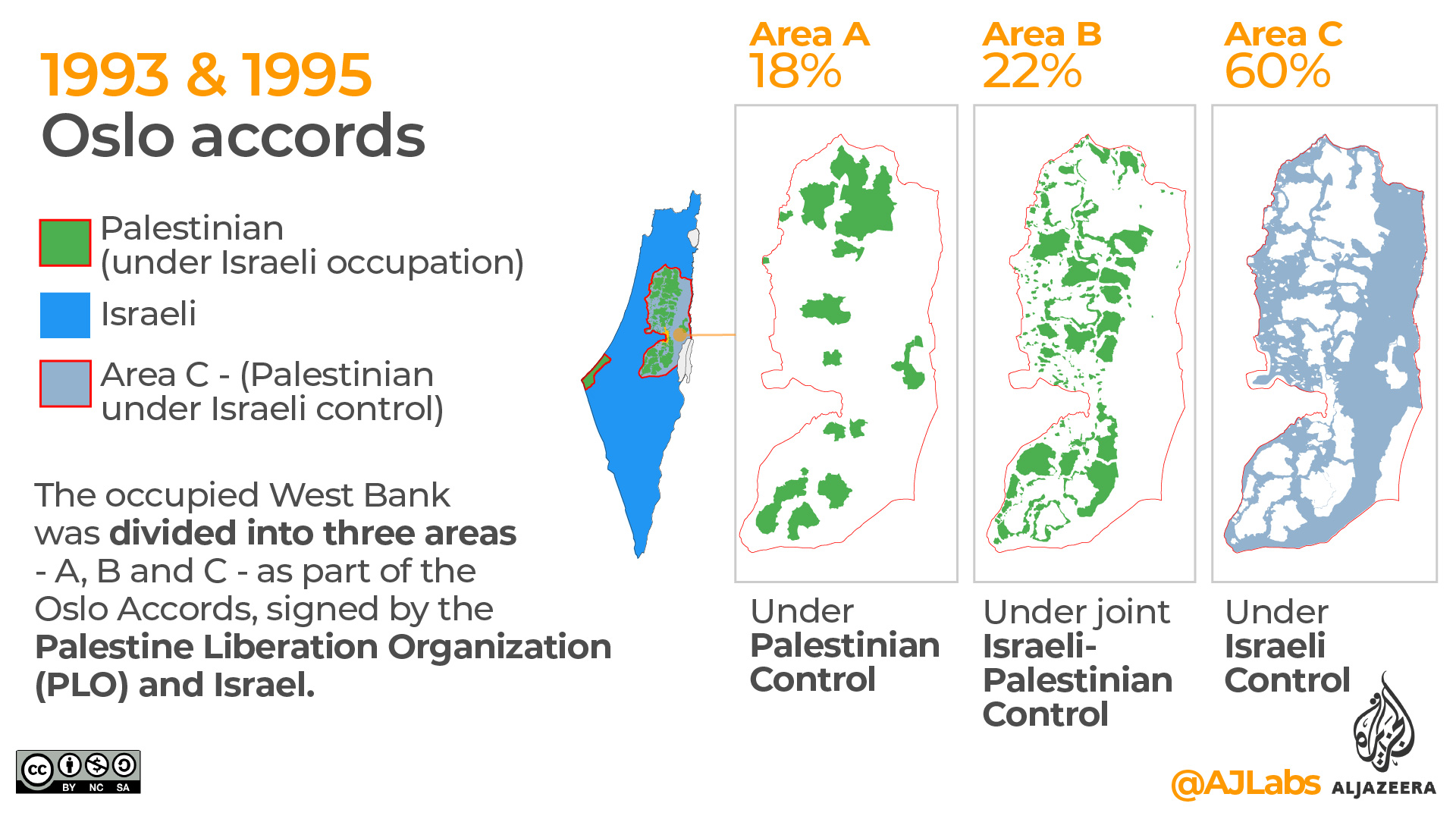 8. How big are Palestine and Israel?

On the Palestinian side, the occupied territories which include Gaza, the West Bank and East Jerusalem have a surface area of 6020 km2

Israel has a surface area of 20,770 km2 based on the internationally recognised Green Line boundaries. 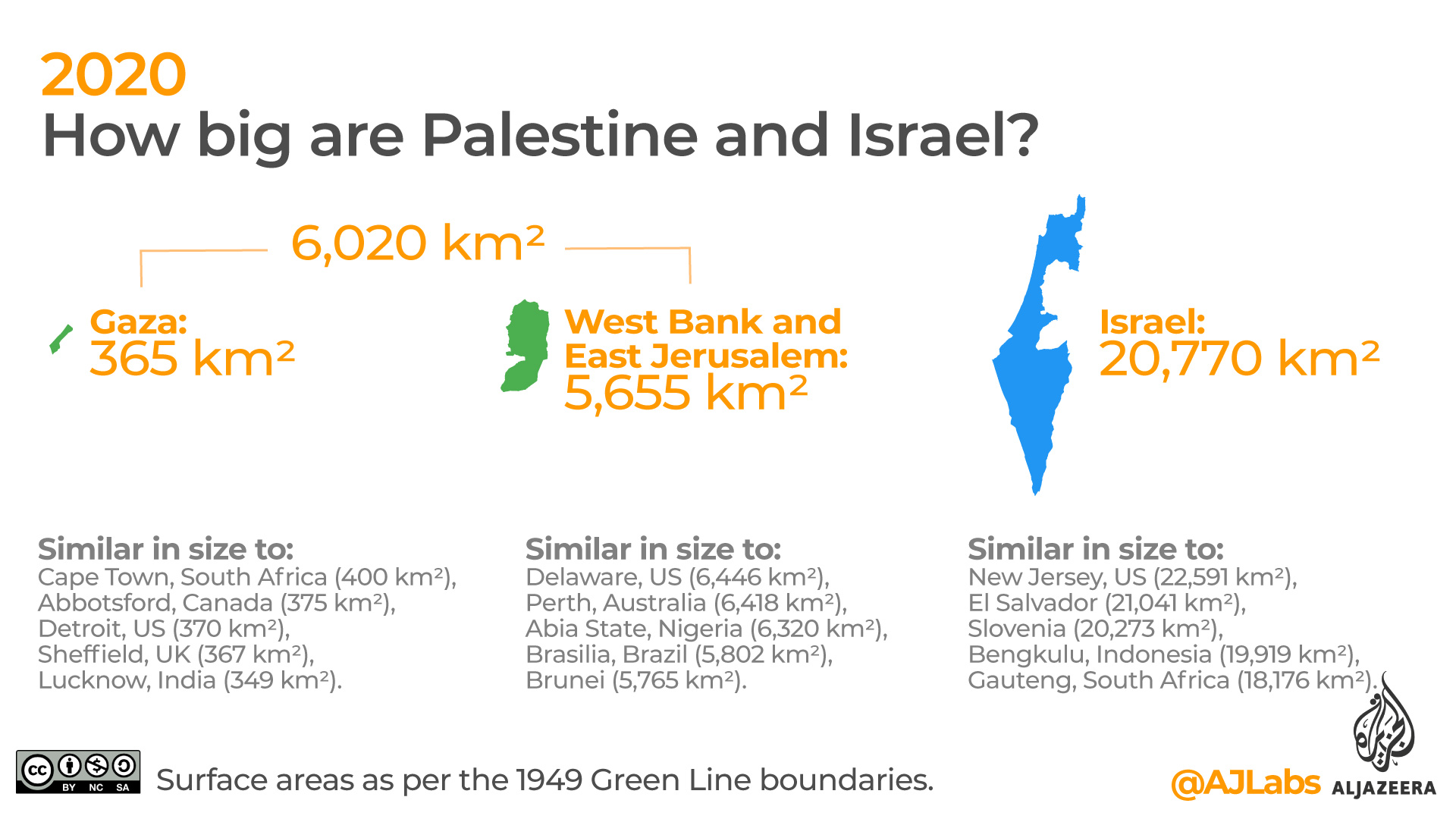 The occupied Palestinian territories have been under Israeli military control since 1967. This makes it the longest occupation in modern history. The segmented territories include Gaza, the West Bank and East Jerusalem.

The Gaza Strip is a small coastal area bordering Egypt to the south. This region is home to two million Palestinians.

The West Bank is the kidney bean-shaped area to the east. It lies west of the banks of the Jordan River from where it gets its name. East Jerusalem is located on the Palestinian side of the 1949 Green Line. Three million Palestinians live in the West Bank and East Jerusalem. 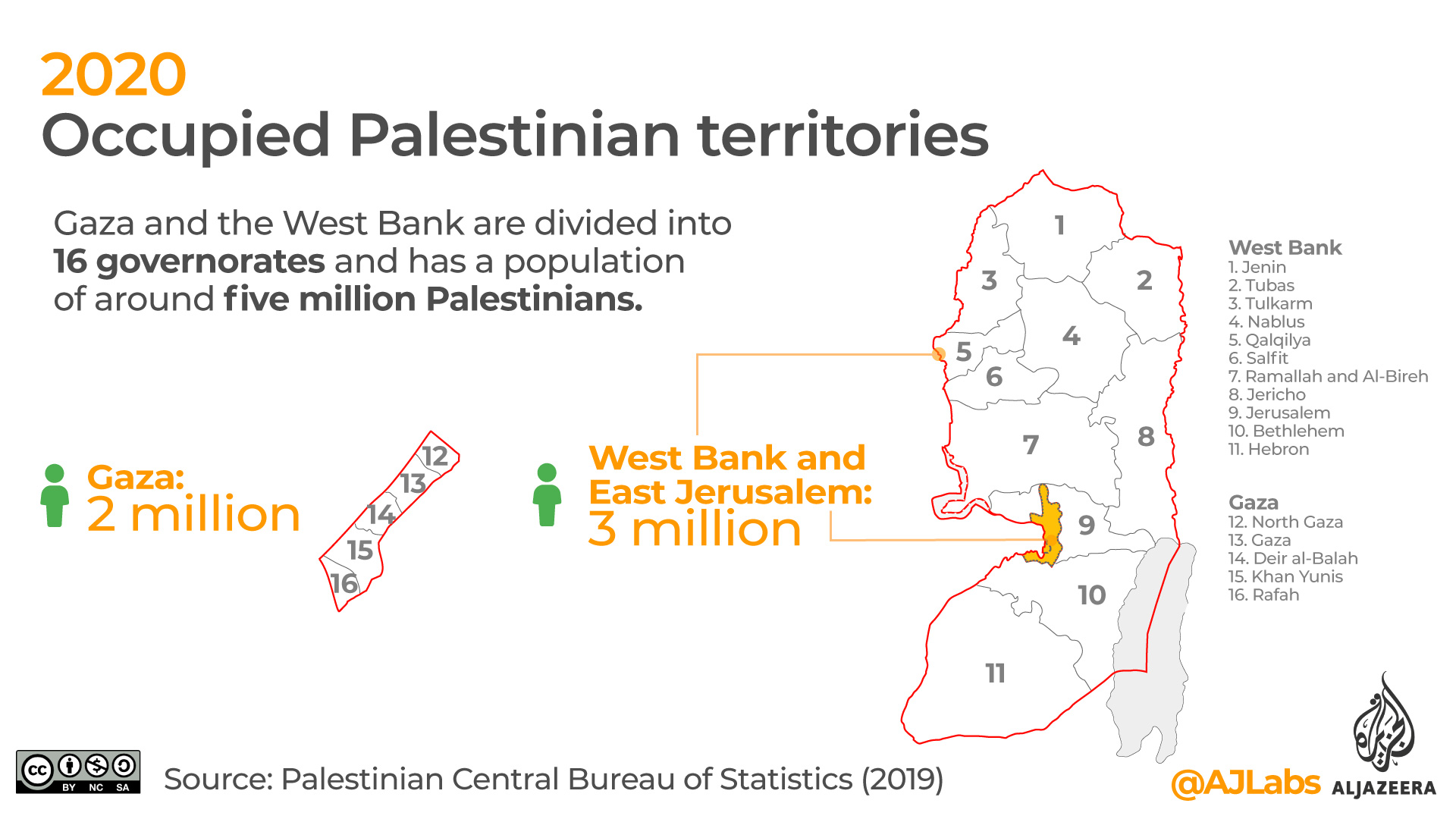 Israeli settlements are Jewish communities built on Palestinian land. There are between 600,000 – 750,000 Israeli settlers living in at least 250 settlements (130 official , 120 unofficial) in the occupied West Bank and East Jerusalem.

Israeli settlements are illegal under international law as they violate the Fourth Geneva Convention, which prohibits an occupying power from transferring its population to the area it occupies.

In 2019, under the presidency of Donald Trump, the US declared that Israeli settlements on occupied Palestinian land were “not necessarily illegal”, a dramatic break from decades of US policy. 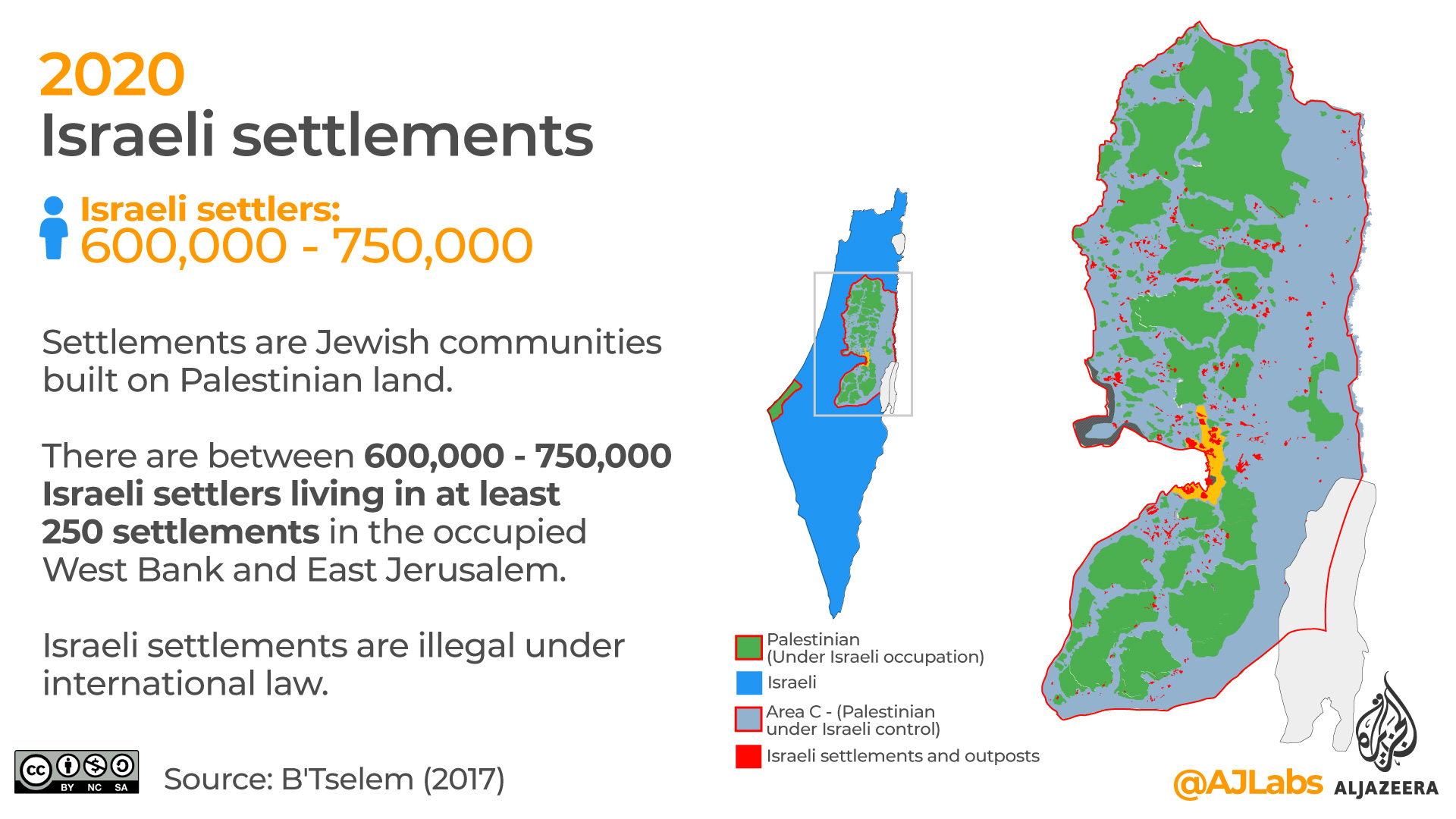 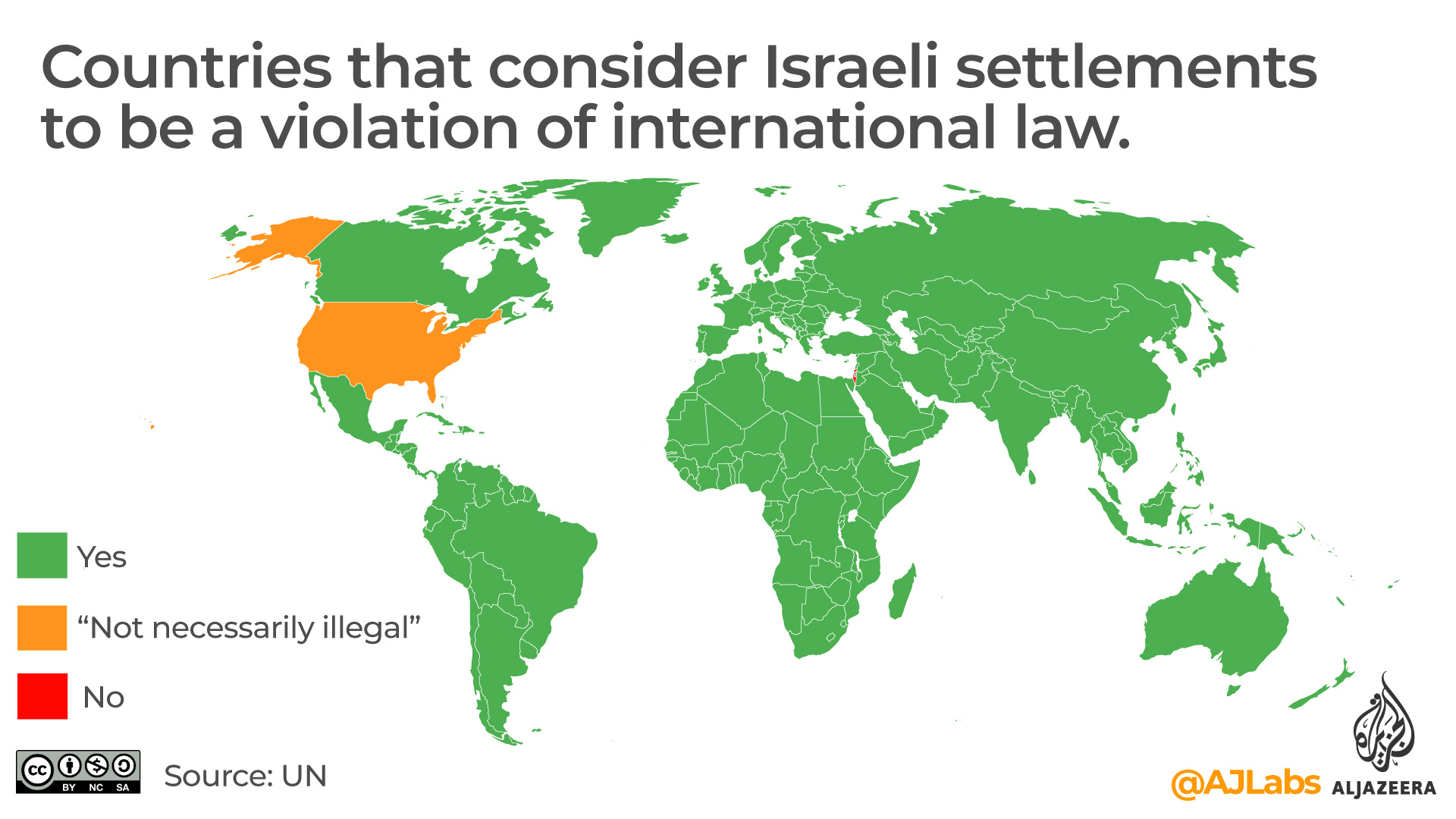 Despite being outside of Israel proper, these settlers are granted Israeli citizenship and receive government subsidies that significantly lower their cost of living. 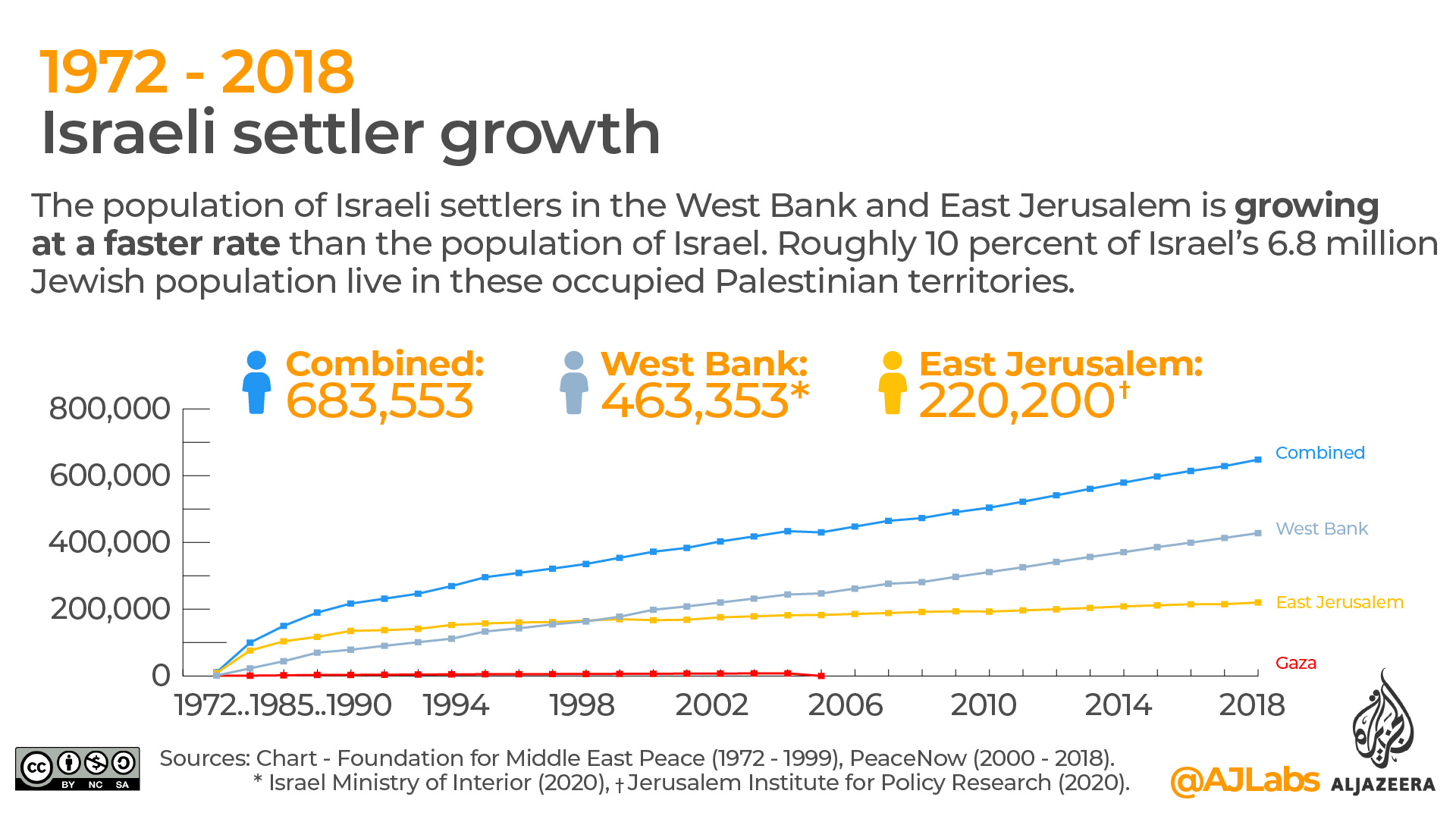 Since 2002, Israel has been constructing a wall that stretches for more than 700 kilometres.

Israel says that the wall is for security purposes. However, rather than following the internationally-recognised 1967 boundary, known as the Green Line, 85 percent of the wall falls within the West Bank.

This severely limits the freedom of movement for Palestinians. 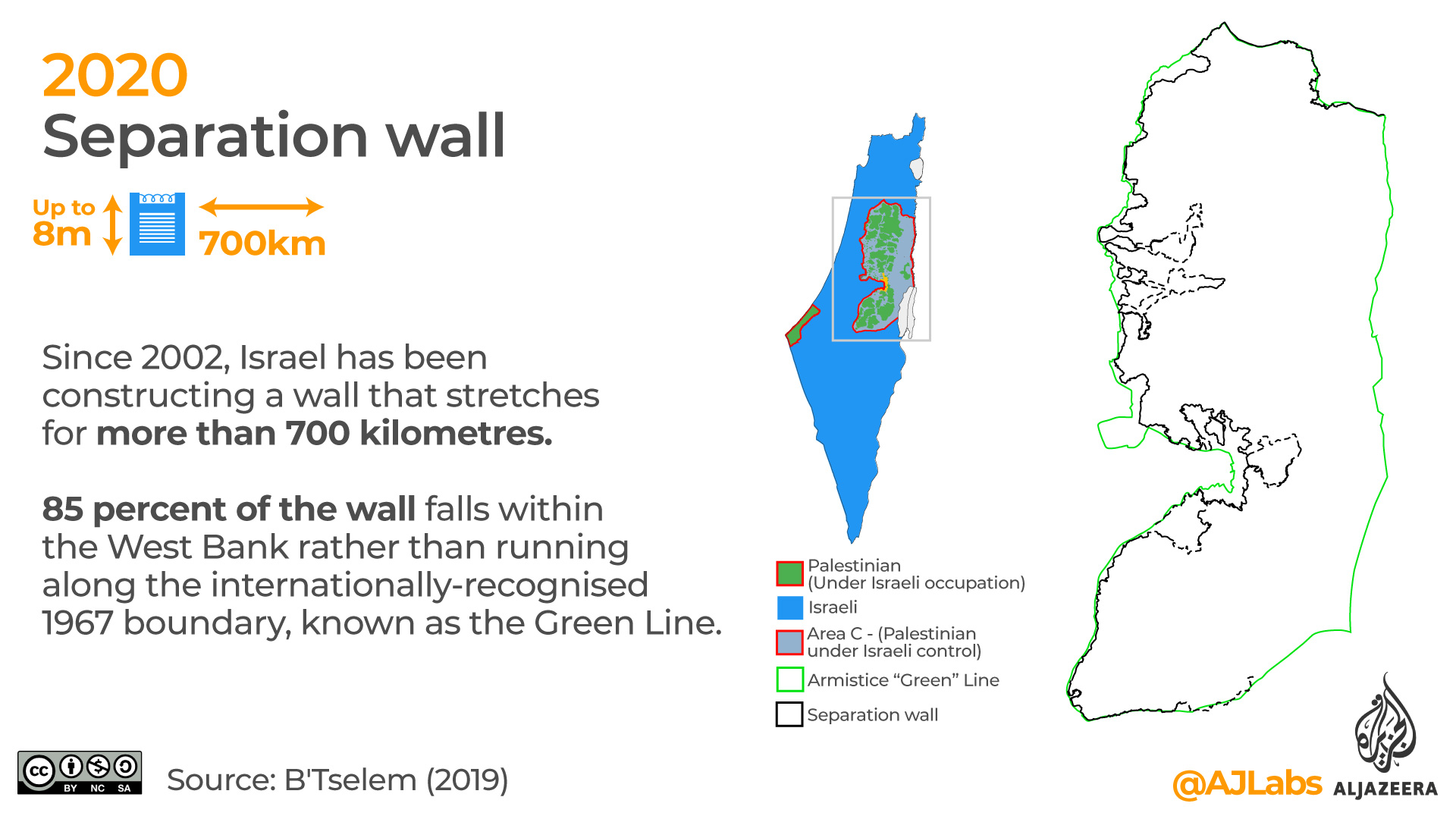 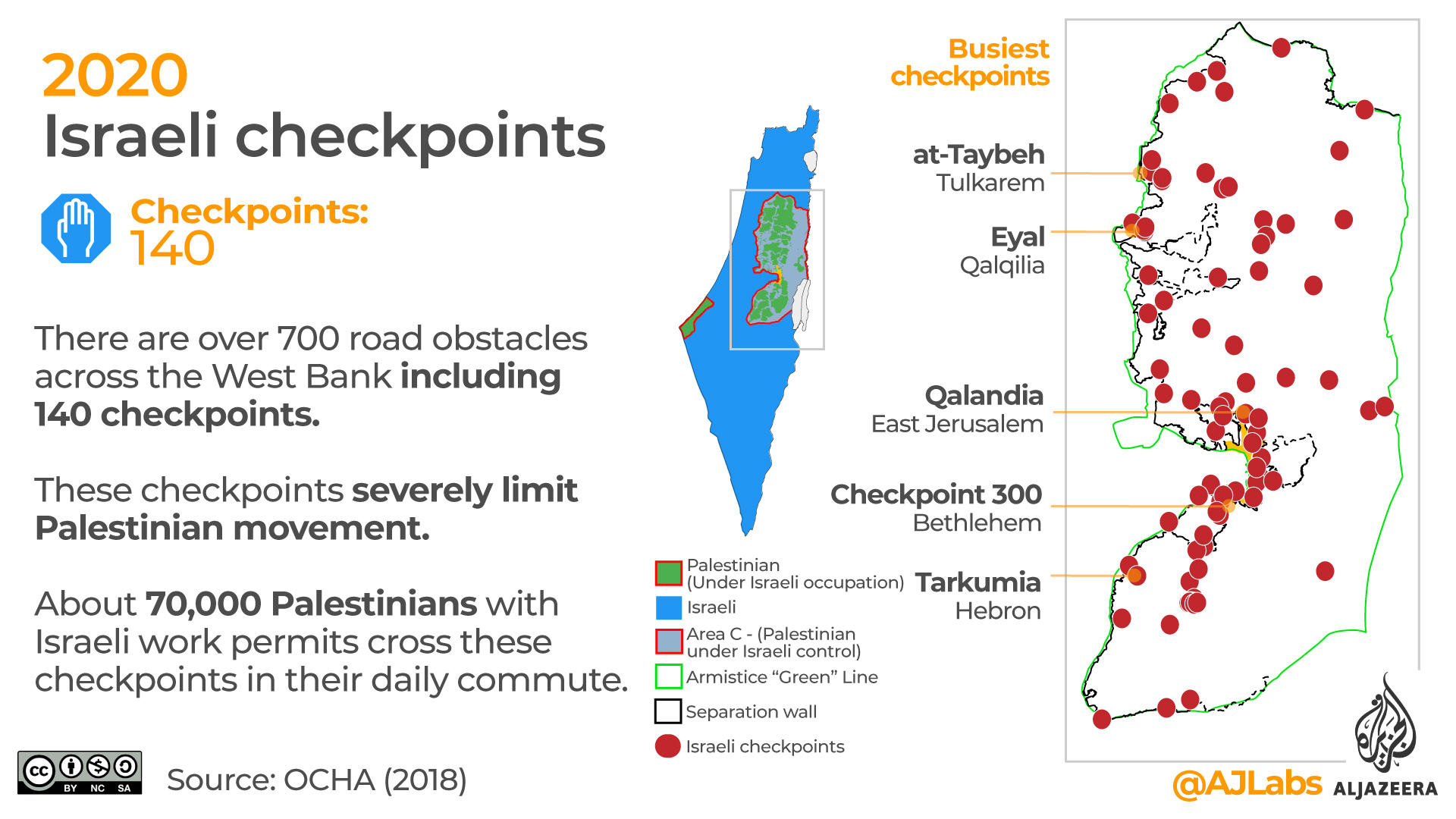 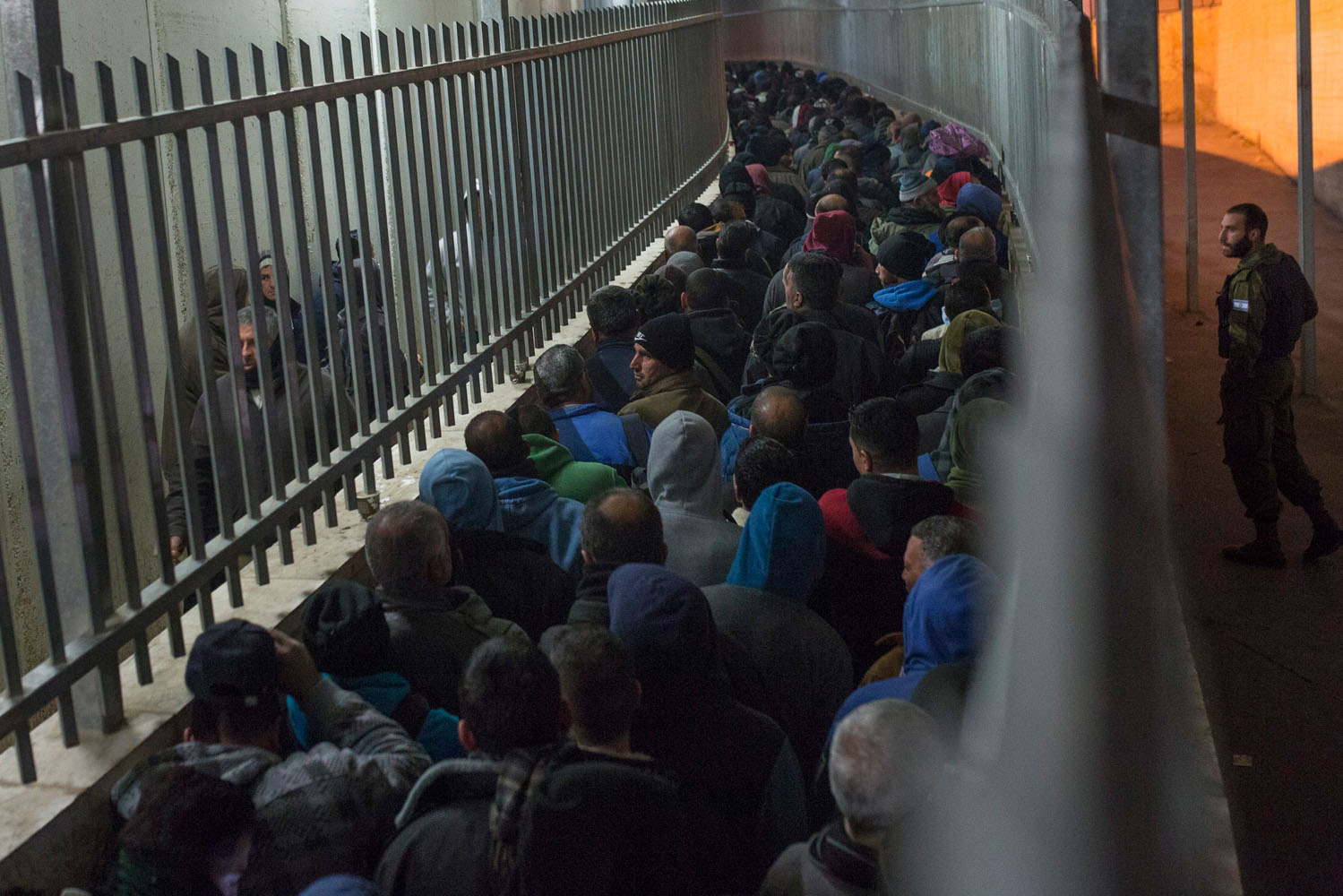 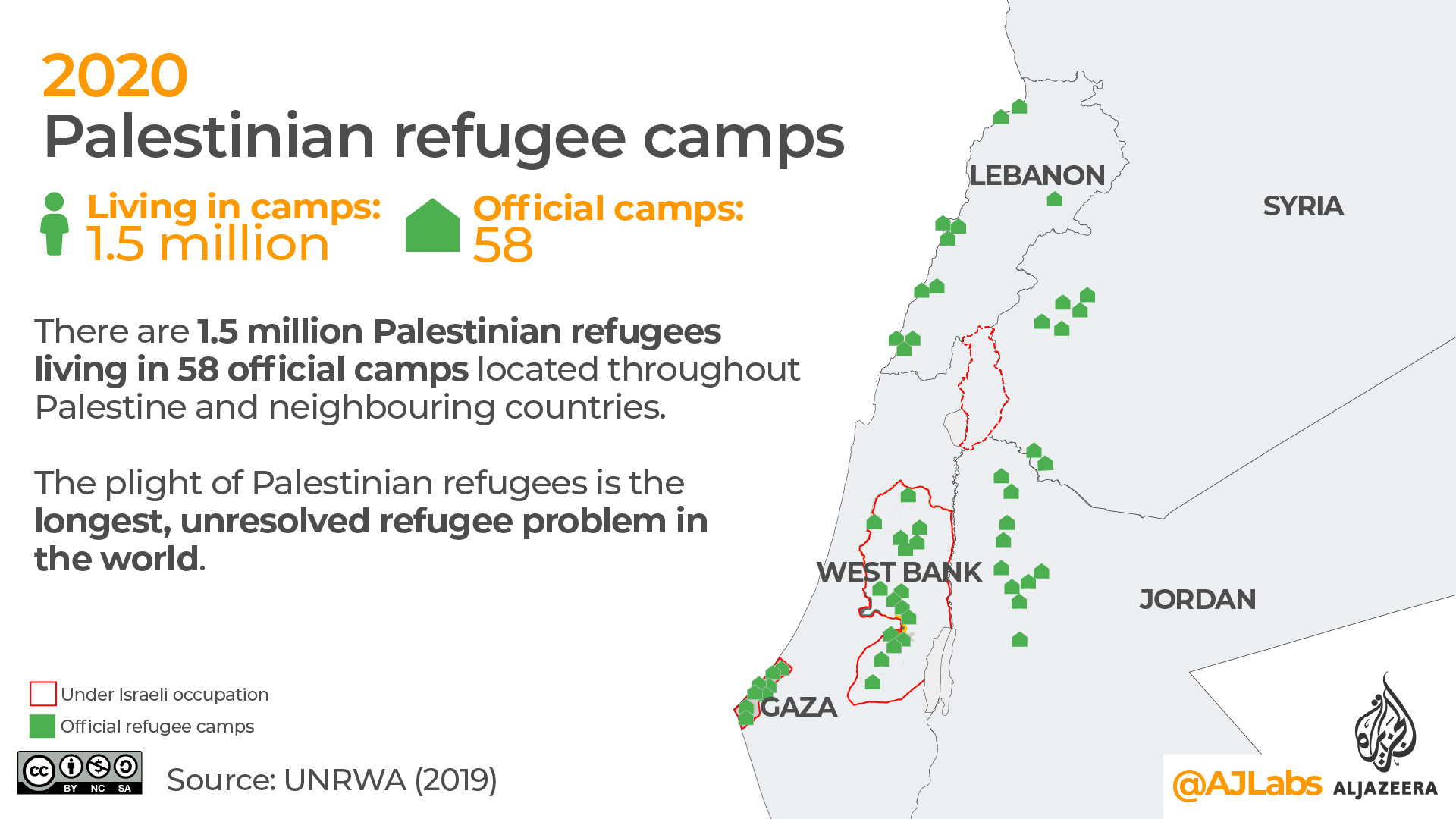 Israel has unilaterally annexed two territories in the past.

Israel uses the term “applying Israeli sovereignty” over areas it has annexed. Annexation and territorial conquest are illegal under international law. In 2019 The US recognised Israel’s annexation of the Golan heights. It is the only country around the world to do so. 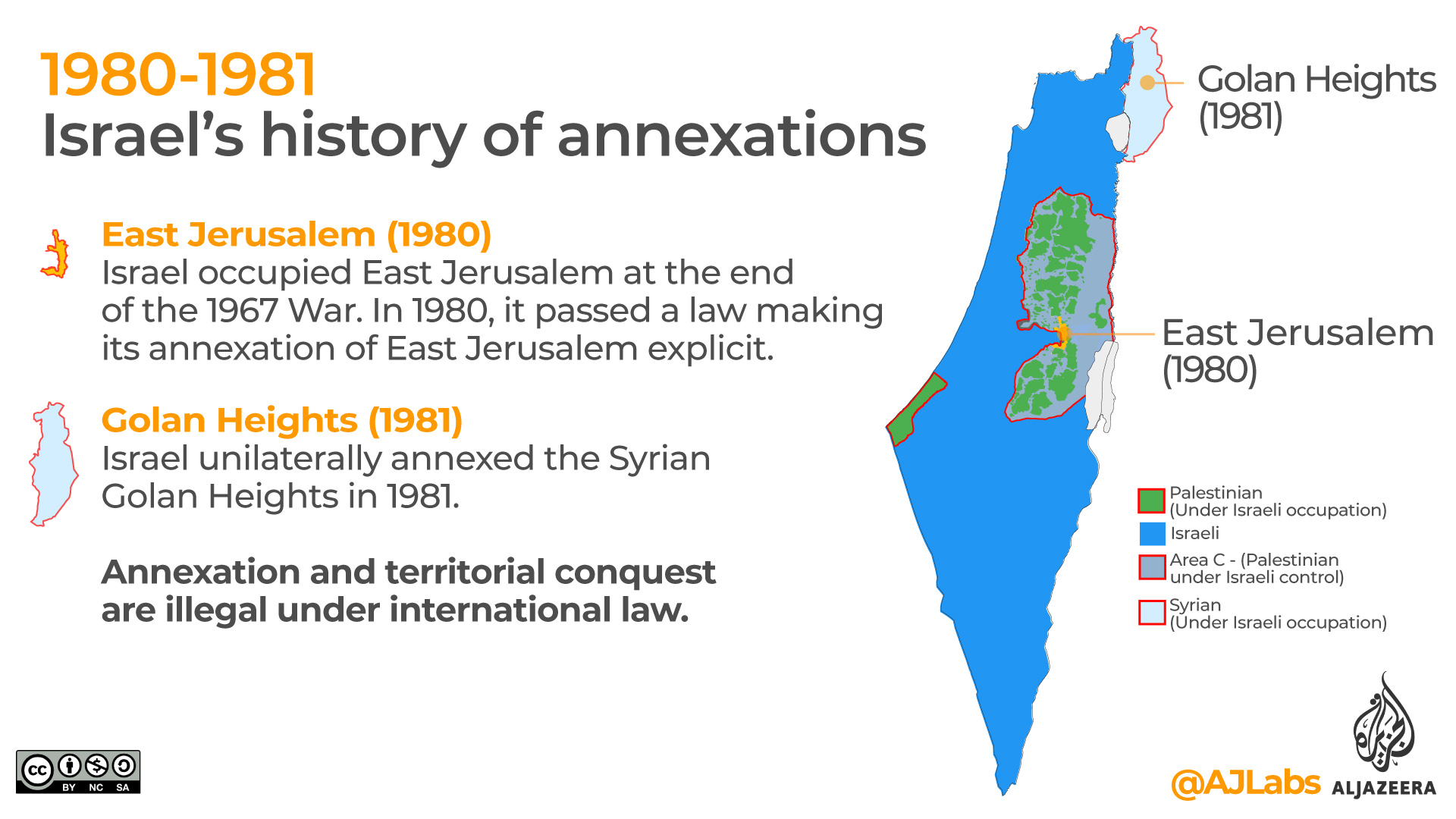 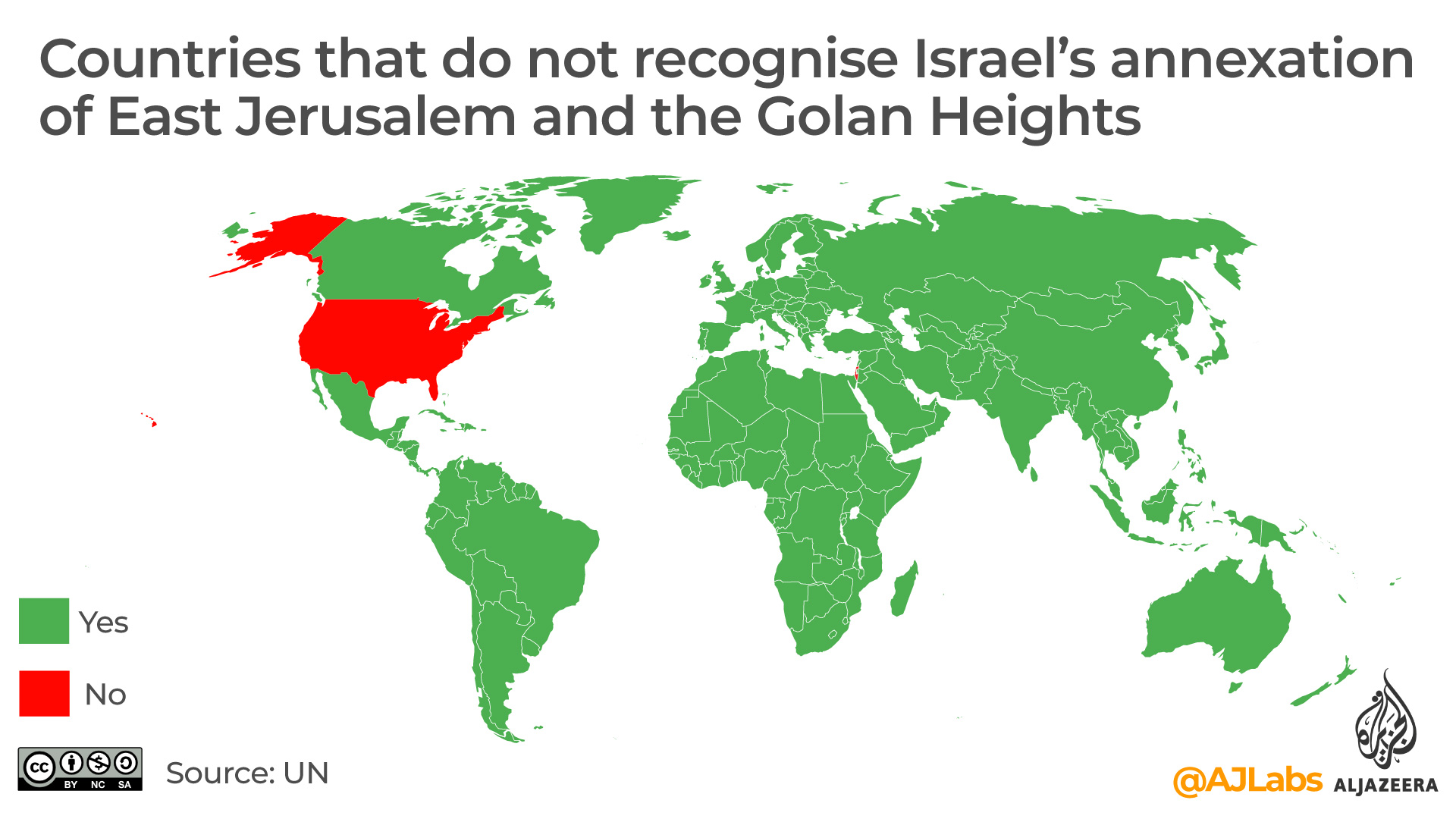 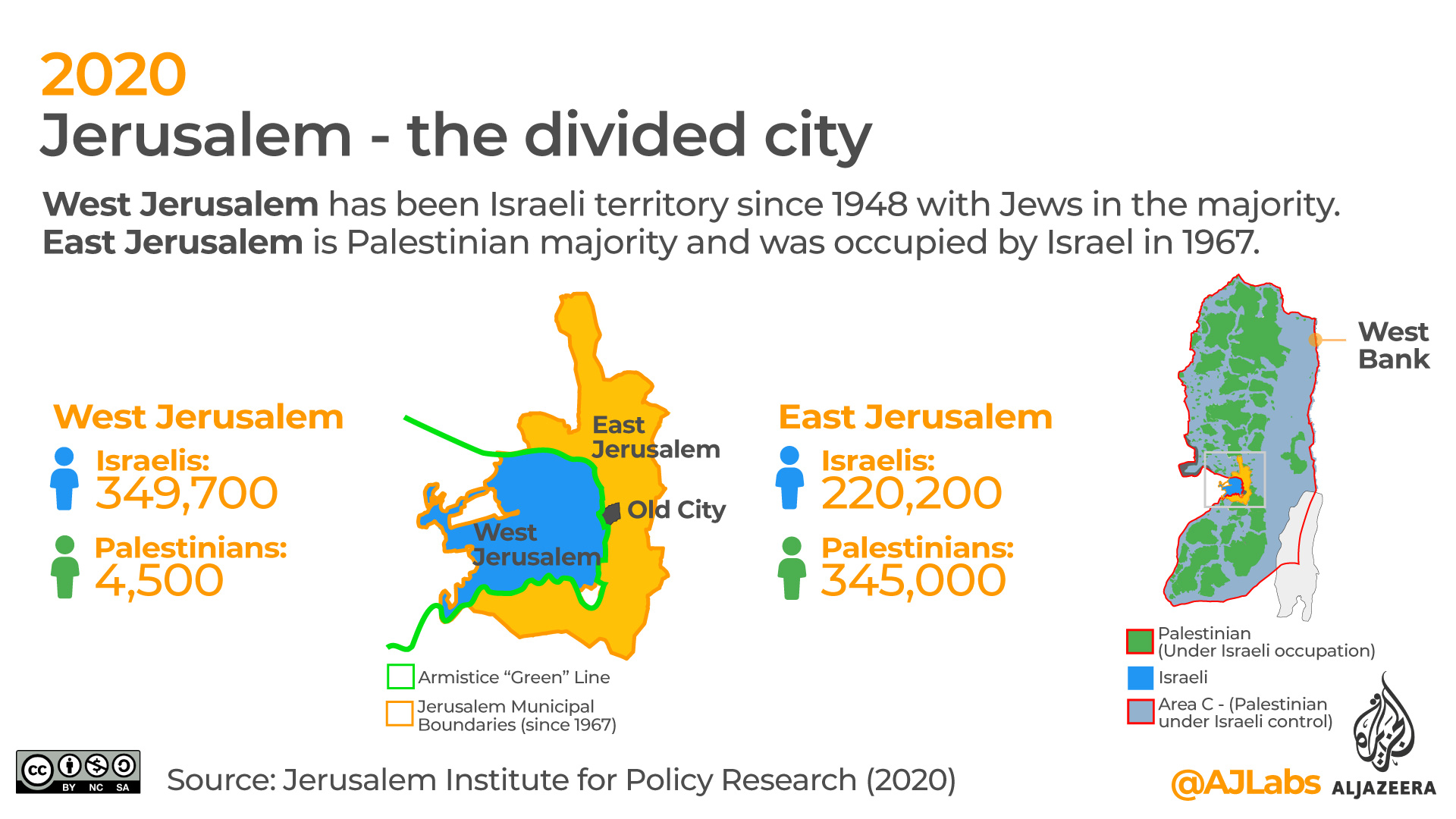 17. The Old City of Jerusalem

The Old City, located in East Jerusalem, is home to some of the holiest sites in Islam, Judaism and Christianity. In 1981, it was designated a World Heritage site by the United Nations.

The area, which is smaller than one-square kilometre (0.6 miles), is home to the Al-Aqsa Mosque Compound, the Western Wall, St James Cathedral and the Church of the Holy Sepulchre among others. 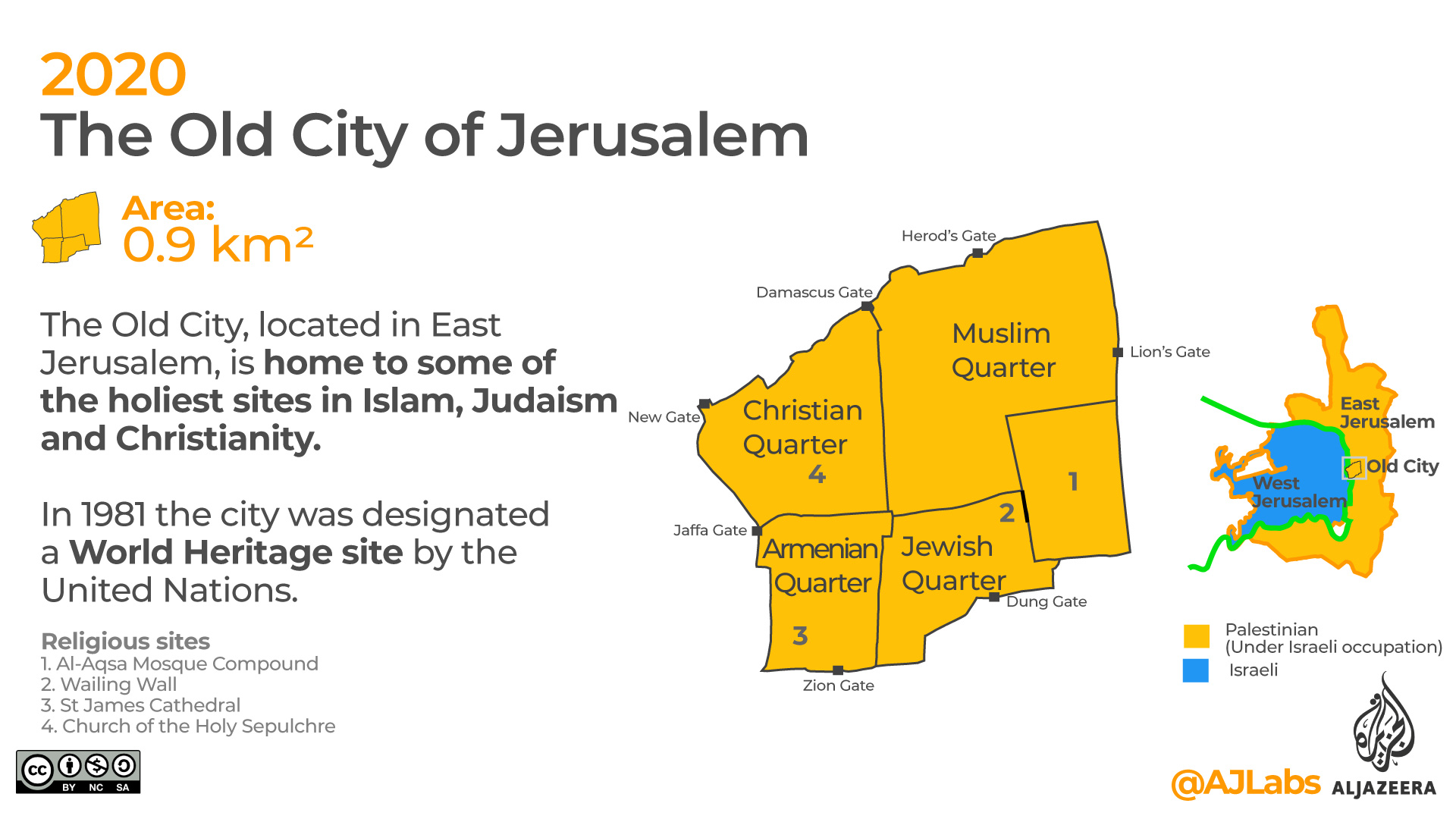 Al-Aqsa mosque is the entire compound containing al-Qibli Mosque (grey dome) and the Dome of the Rock (golden dome). 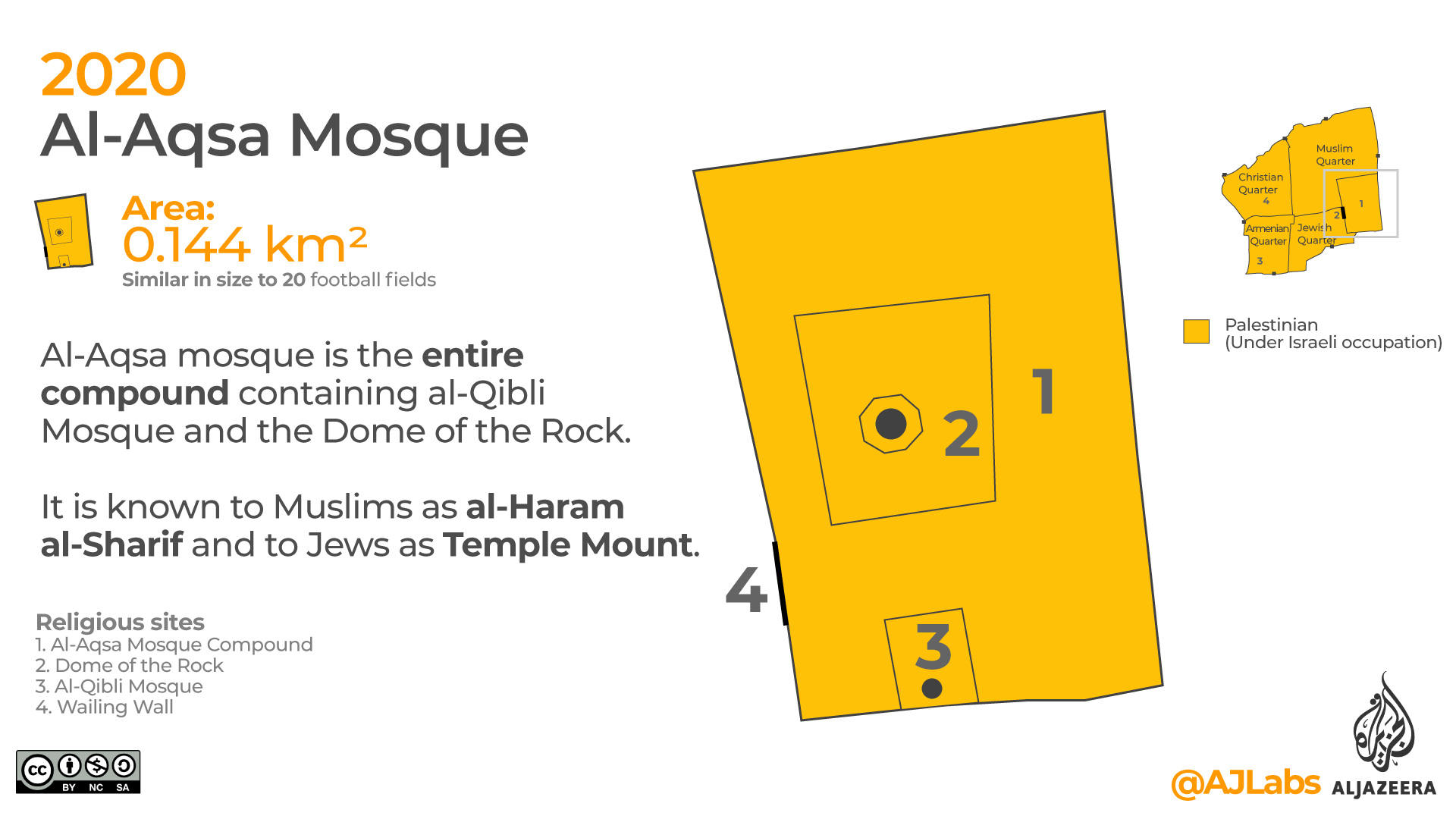 In 1967, Israel captured 70 percent of the Syrian Golan Heights and has occupied it ever since. In 1974, a UN observer force was created to maintain a ceasefire between Israel and Syria. In 1981, Israel unilaterally annexed the territory.

In 2019, the US became the only country to recognise Israel’s annexation of the land. 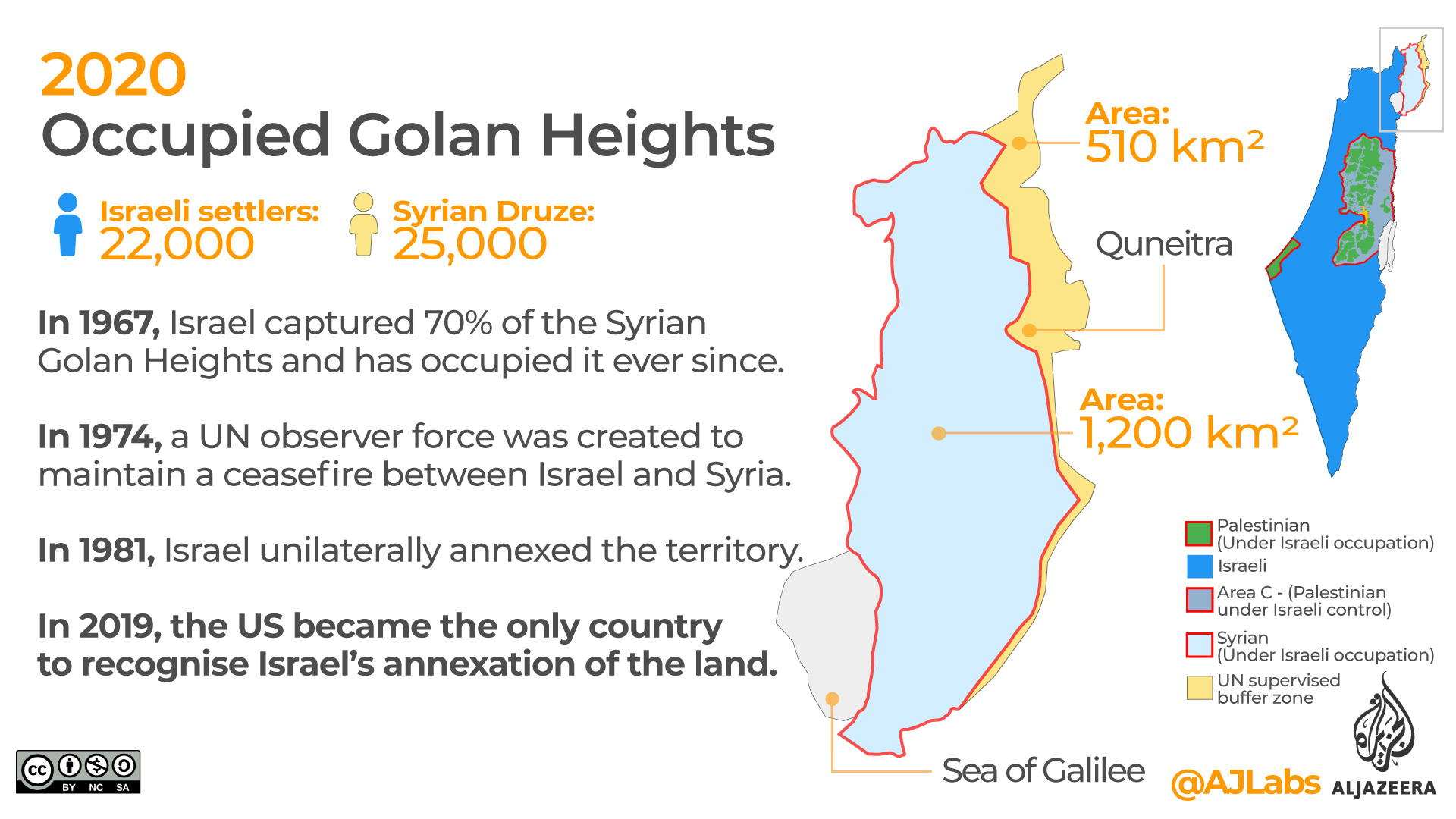 The Jordan Valley makes up 30 percent of the West Bank and constitutes half of its agricultural land.

The 105km fertile strip of land connects the West Bank with Jordan. The Jordan Valley is the lowest point on Earth. It includes the Dead Sea, which is 790 metres below sea level. 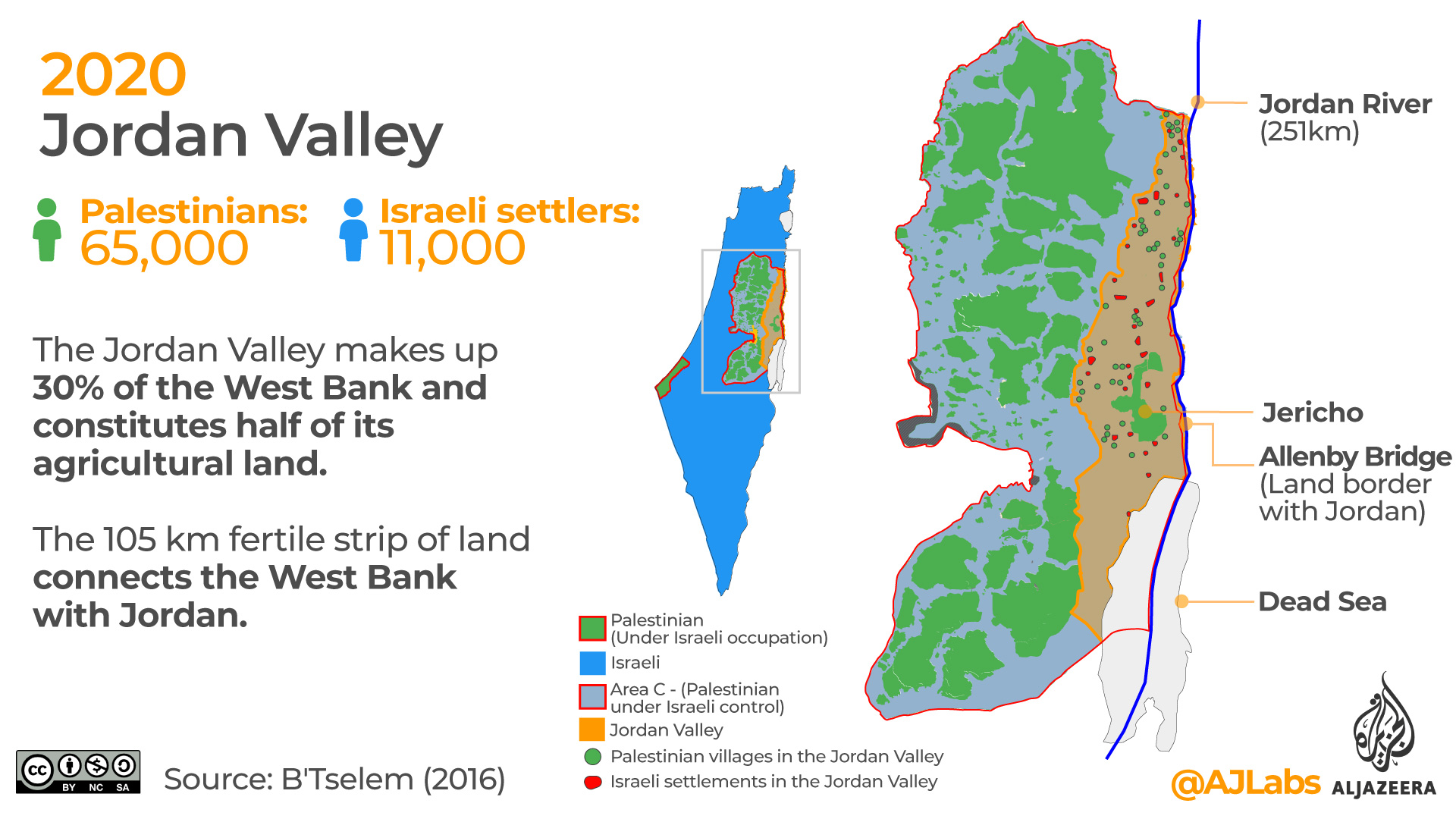 21. Israel’s annexation of the Jordan Valley

Netanyahu’s July 1 expected annexation of the Jordan Valley is significant for a number of reasons:

1. Would completely surround the Palestinians

2. Cuts off water and agricultural resources

Israeli settlers in the Jordan Valley receive 18 times more water on average than Palestinian residents in the West Bank. Most Palestinian farmers are not connected to the water grid and have to rely on buying water from tankers. Annexation would mean that Palestinians would be physically cut off from the Jordan River.

3. Speeds up the construction of settlements

Currently, any new zoning or building in the West Bank requires the approval of Israel’s defence minister and prime minister. This can take months or years. Following annexation, Israel would consider the Jordan Valley part of its territory and so any construction would become a local matter.

According to a map presented by Netanyahu in 2019, the areas to be annexed would comprise 95 percent of the Jordan Valley which makes up at least 22 percent of the West Bank. 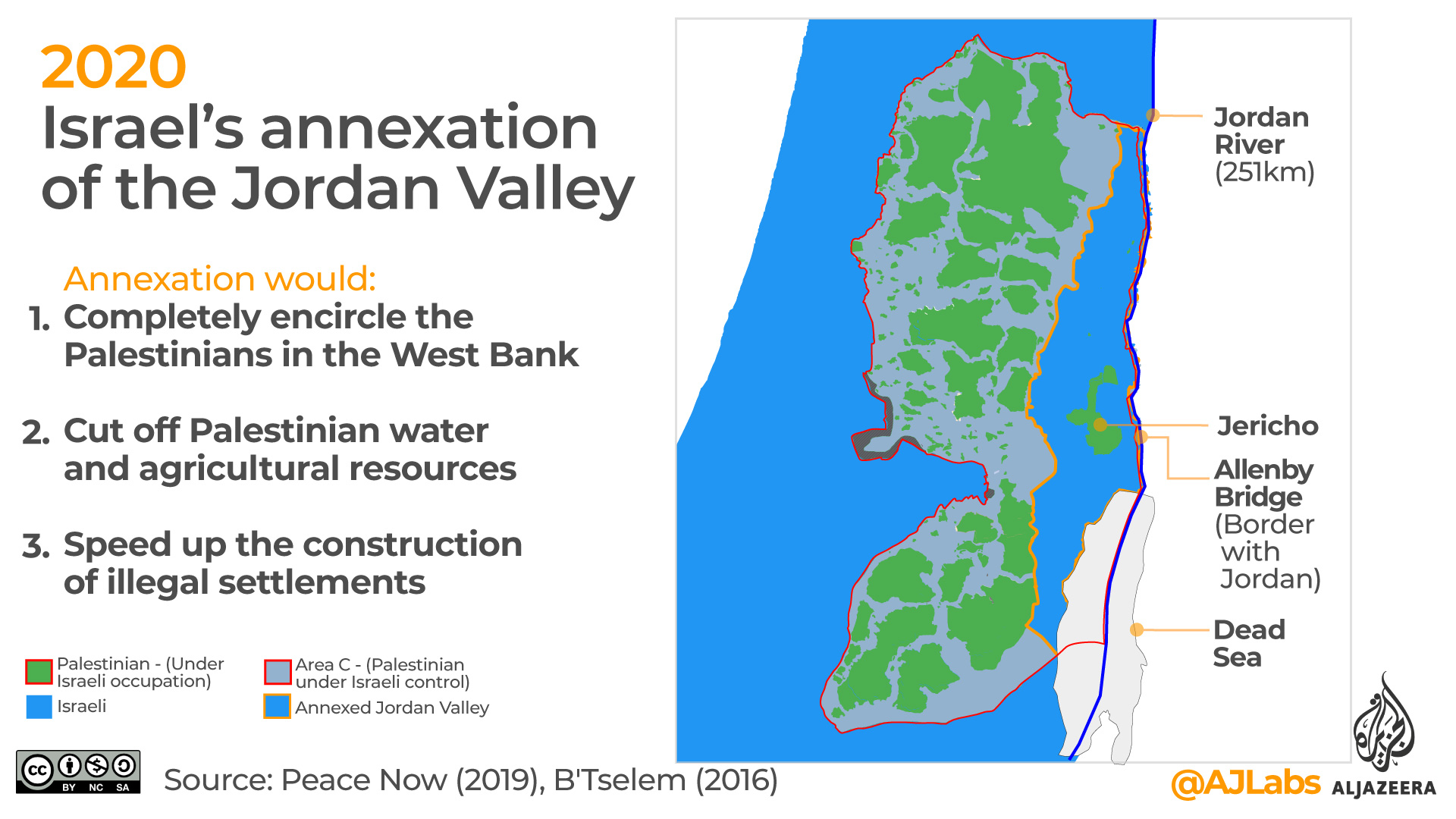 On January 28, 2020, US President Donald Trump formally announced his Middle East Plan to resolve the seven-decade Israeli–Palestinian conflict. He hailed it as “the deal of the century”.

As part of the plan, he presented a conceptual map that would allow Israel to annex huge parts of the occupied West Bank and give Palestinians control of only 15 percent of historical Palestine. 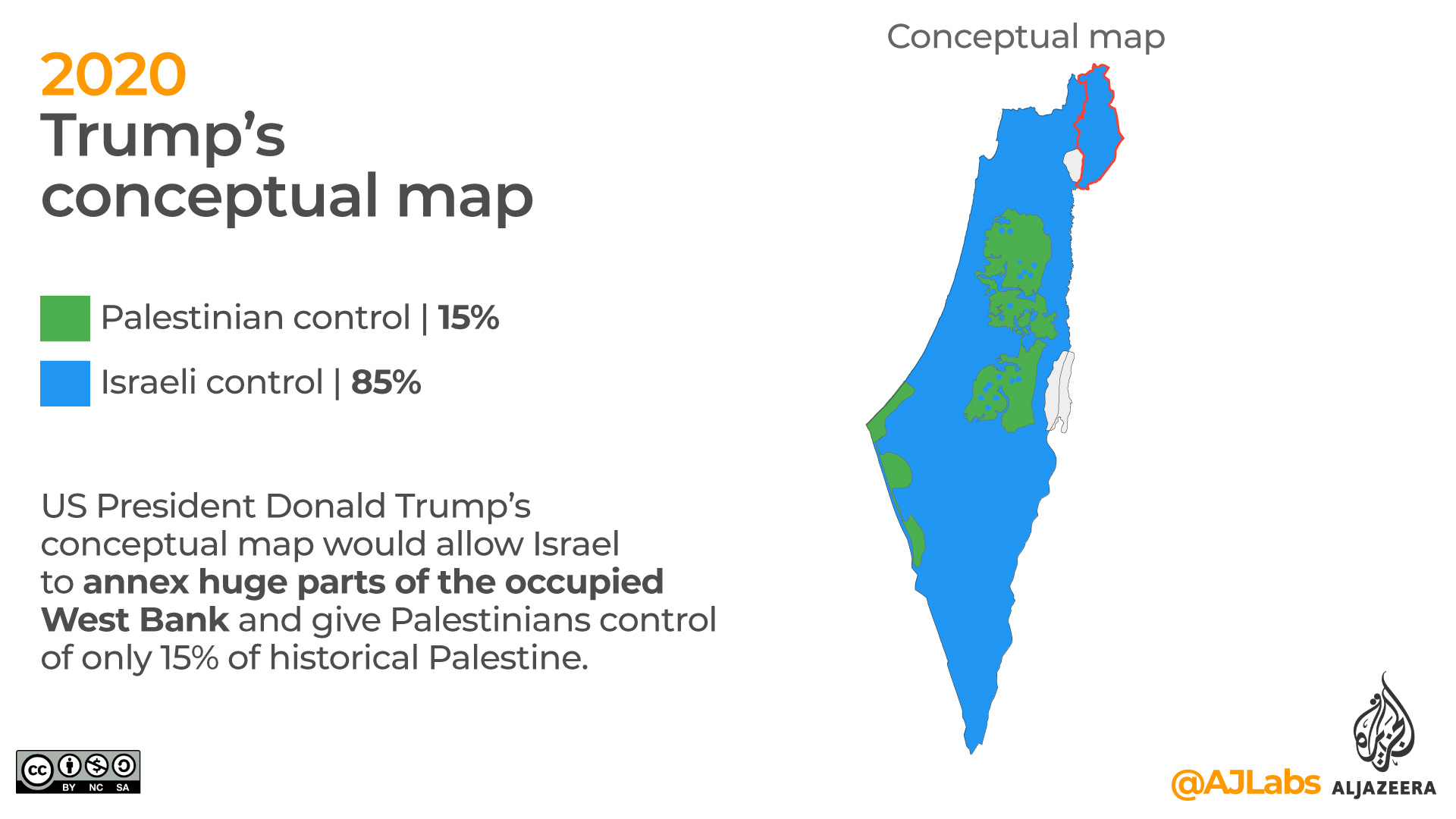 According to Israeli settlement watchdog Peace Now, the area that Israeli Prime Minister Benjamin Netanyahu is planning to seize from the Jordan Valley is larger than the area presented in Trump’s 2020 plan.

Based on their calculations, Israel would seize around 1236km2 of land from the Jordan Valley. According to Trump’s conceptual map presented in January, 2020, Israel was to to annex a smaller part of the Jordan Valley, around 964km2. 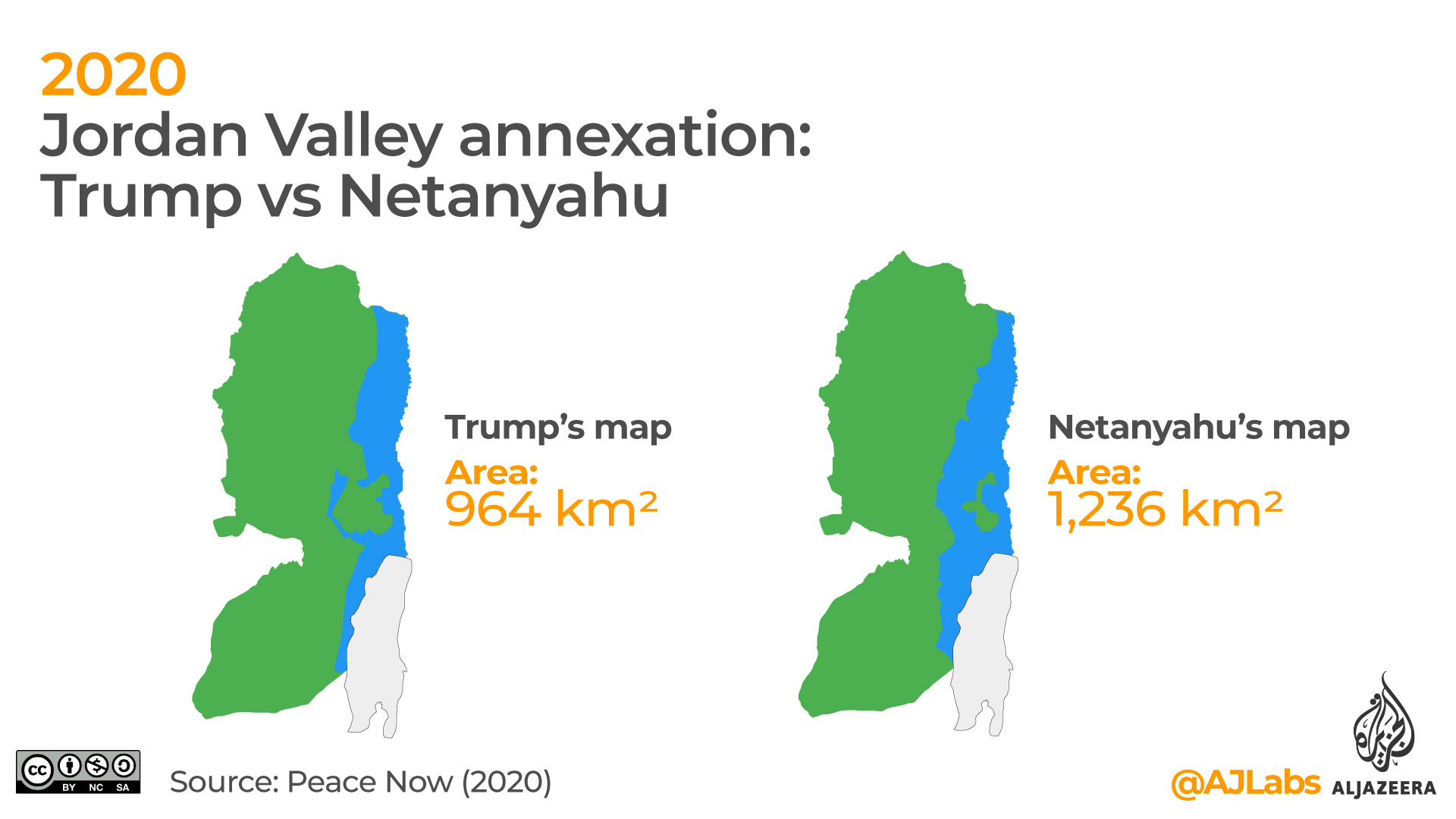 24. Blockade of the Gaza Strip

The Gaza Strip has been under an Israeli sea and air blockade since 2007. Since 2008, Israel has waged three wars on the Palestinian territory, killing thousands of people, mostly civilians. 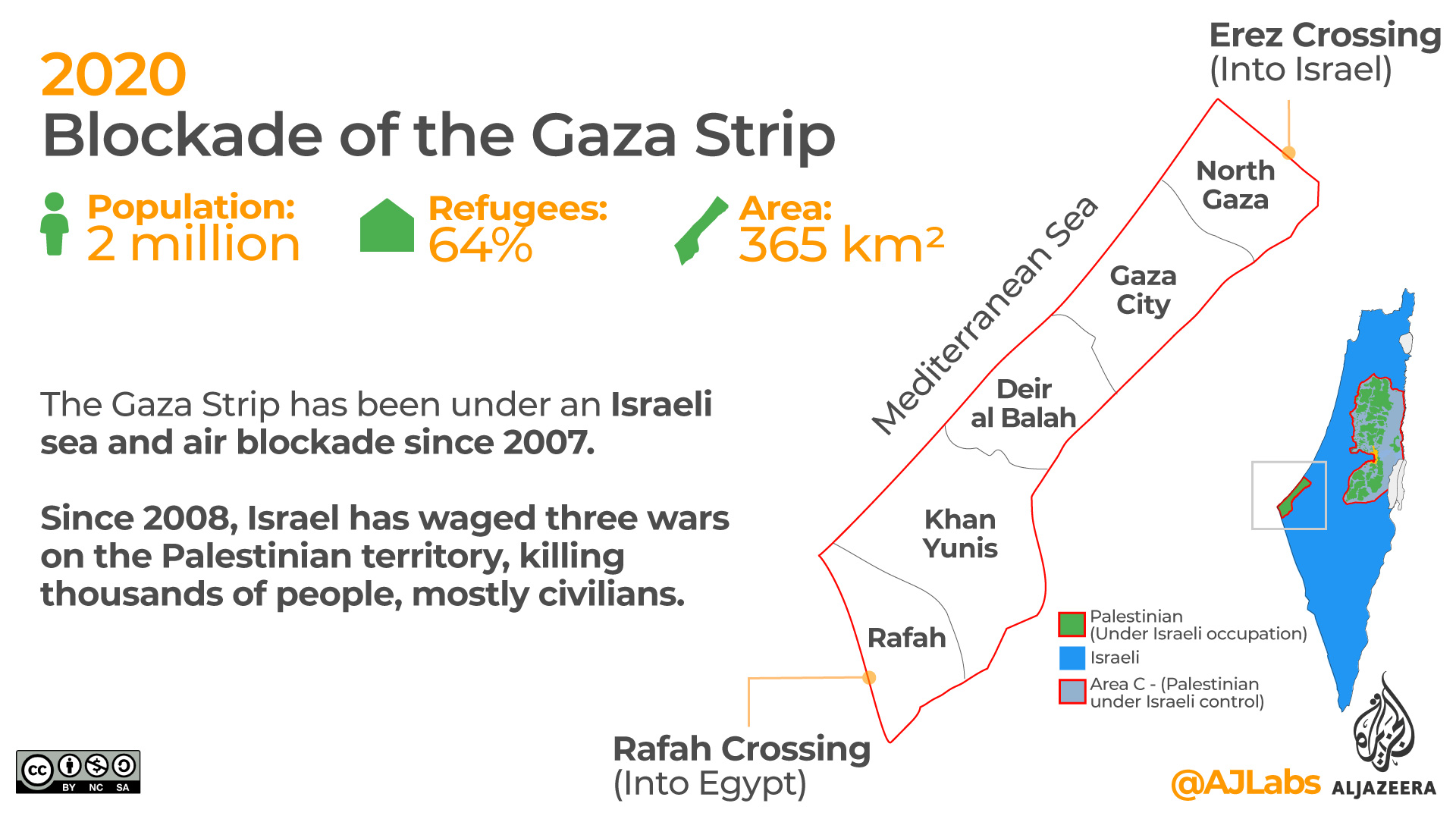 One of the largest neighbourhoods in Gaza City, Shujayeh (2014). See more drone footage on Palestine Remix.

25. Where are the Palestinians today? 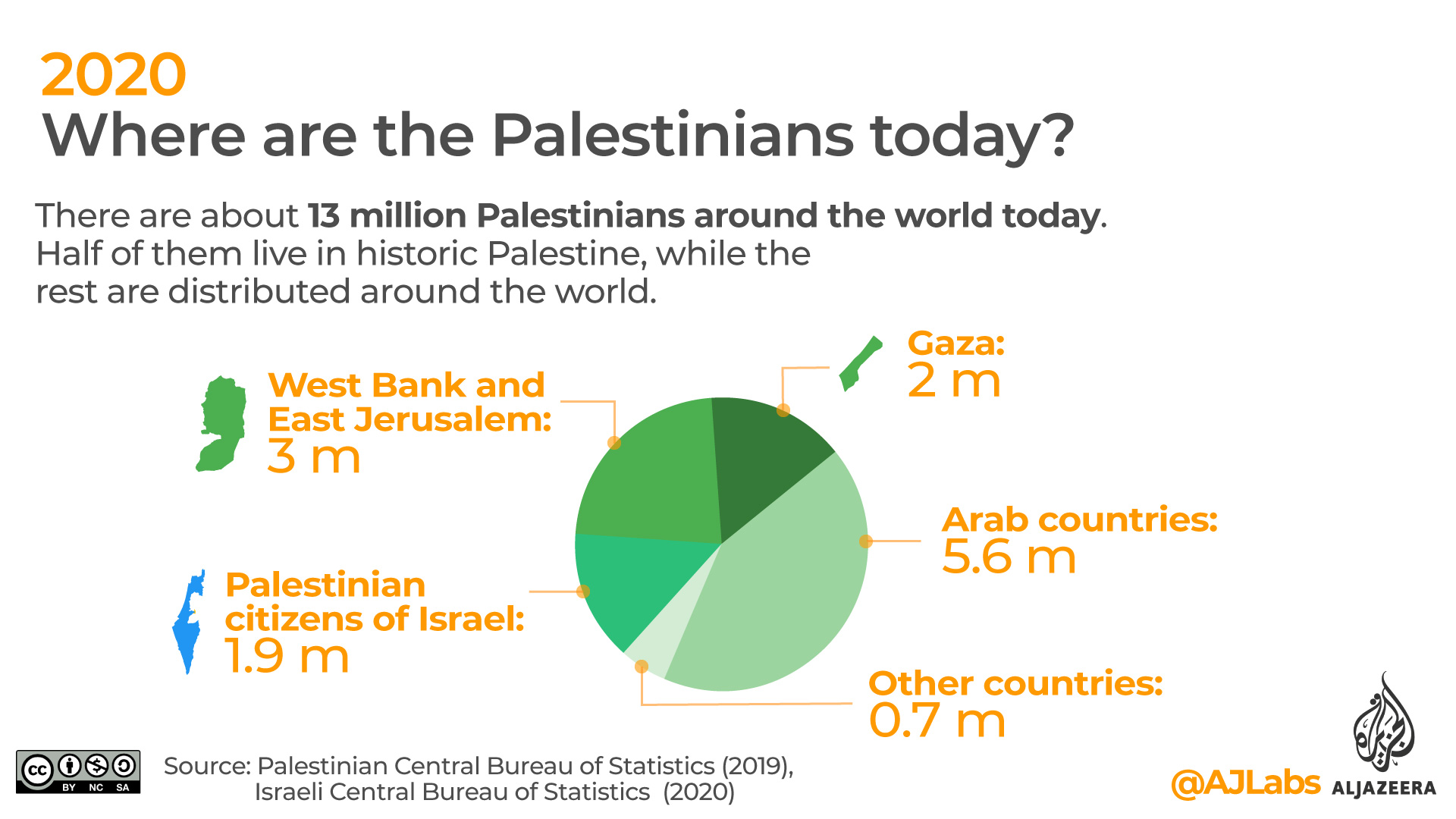 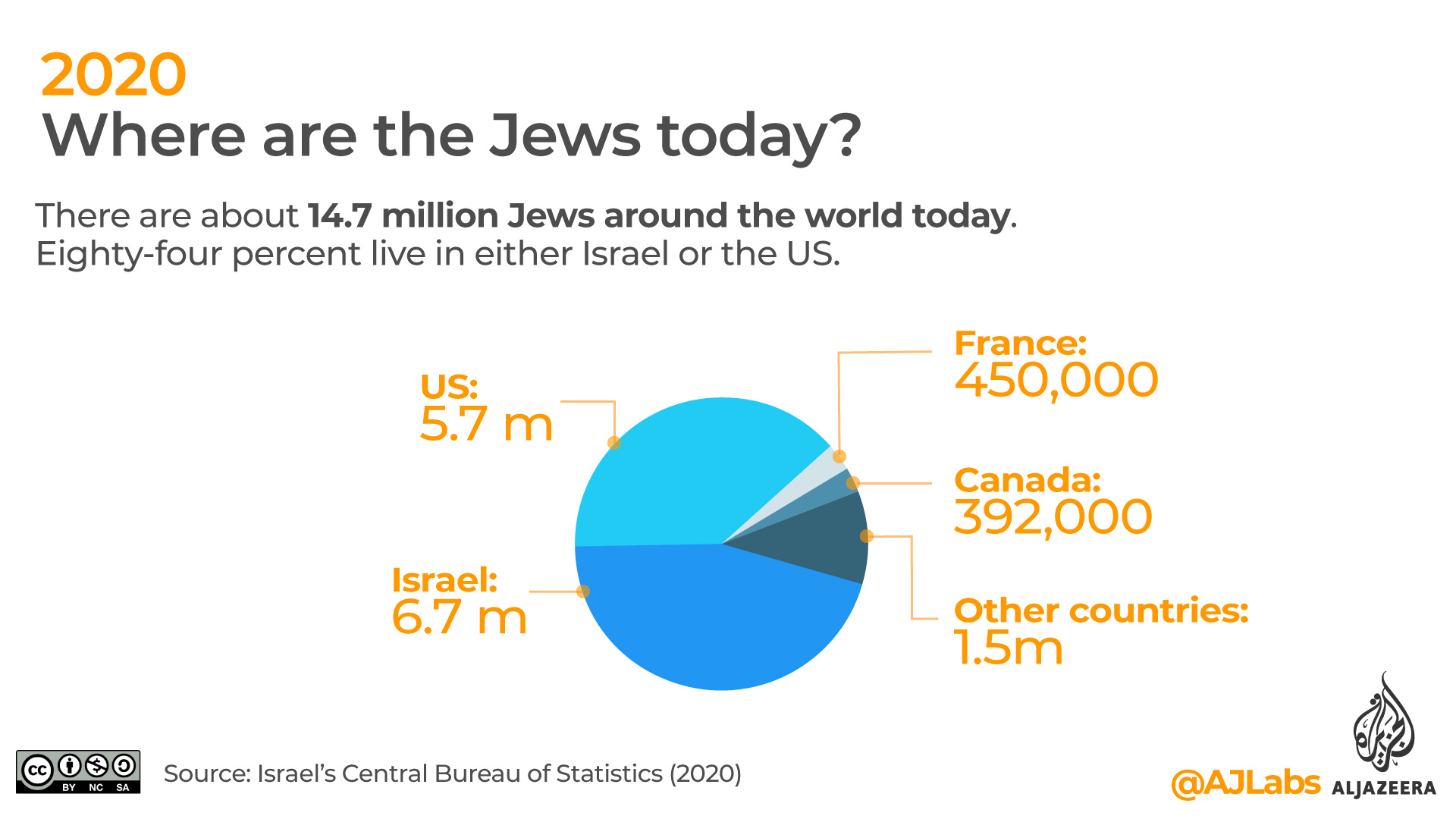