As Saudi Crown Prince Mohammed bin Salman (MBS) moved to tighten his grip on power over the past few years, arresting senior royals and opponents, one person has eluded him: A former top-ranking intelligence official who was close to a key rival to the throne.

In recent months, the crown prince has increased pressure on relatives of Saad al-Jabri, including arresting his adult children to try to force his return to the kingdom from exile in Canada, the former intelligence official’s family has said.

In the crown prince’s sights are documents al-Jabri has access to that contain sensitive information, four people with knowledge of the situation told Reuters News Agency.

Al-Jabri was a longtime aide to Prince Mohammed bin Nayef, who the crown prince overthrew as heir to the throne in a 2017 palace coup that left MBS to be the de facto ruler of Saudi Arabia, the world’s top oil exporter and a key United States ally.

Saudi authorities arrested bin Nayef and two other senior royals on March 6, the latest in a series of extraordinary measures seen to be aimed at consolidating MBS’s strength within the ruling Al Saud family and removing perceived threats to his power ahead of an eventual succession upon the king’s death or abdication.

Multiple top interior ministry officials were also arrested in March, said two of the people with knowledge of the situation – both well-connected Saudis.

Days after bin Nayef’s arrest, according to al-Jabri’s family, Saudi authorities arrested two of his children, 21-year-old Omar and 20-year-old Sarah, in a dawn raid on the family home in the capital, Riyadh. That was followed by the arrest of the former intelligence official’s brother in early May, the family said.

Three of the people with knowledge of the situation confirmed the arrest of al-Jabri’s relatives.

According to the four people with knowledge of the situation, the crown prince believes he could use the documents in al-Jabri’s possession against current rivals for the throne. He also fears they contain additional information that could compromise him and his father, the king, the sources said.

The documents include information on bin Nayef’s assets abroad, which also potentially could be useful to MBS in putting pressure on his predecessor, said the two well-connected Saudis and a former regional security official. Al-Jabri also has access to sensitive files relating to the financial dealings of senior royals, including King Salman and MBS, said one of the well-connected Saudi sources, the former regional security official and a diplomat.

The diplomat said some of the information related to land deals and transactions, without elaborating beyond saying that they related to King Salman during his time as governor of Riyadh, a position he held for nearly 40 years prior to his 2015 ascension to the throne.

One of the well-connected Saudi sources said the crown prince wants to press charges against bin Nayef relating to allegations of corruption during bin Nayef’s time at the Ministry of Interior. Reuters was unable to determine the details of those allegations.

“They have long wanted Jabri as the right-hand man of MBN,” the person said, referring to bin Nayef.

The Saudi government has not confirmed or publicly commented on the seizure of al-Jabri’s children or his brother, Abdulrahman al-Jabri. The Saudi government media office did not respond to detailed questions from Reuters about the detentions or the reasons behind them.

Al-Jabri’s family and one of the well-connected Saudis said Saudi authorities had accused him of corruption but did not elaborate on the nature of the allegations. The family says the allegations are false. Saad al-Jabri declined to comment via his son.

Reuters could not determine where bin Nayef and the other two princes are being held and was unable to reach them for comment.

A US official said Washington had raised the issue of the arrest of the children with the Saudi leadership. The official added that many US government officials had worked directly with al-Jabri over a long period of time and that he had been “a very, very strong counterterrorism partner”.

A second US official in Washington said the US was in contact with al-Jabri’s family in Canada and were “exploring ways to assist”.

“We are deeply concerned by reports of the al-Jabri children’s detention and would strongly condemn any unjust persecution of family members whatever the allegations against Saad Al-Jabri may be,” the official said.

Canada was also concerned about the detention of al-Jabri’s children, said Syrine Khoury, a spokeswoman for Canada’s foreign ministry. She did not elaborate on whether Canada was taking specific steps.

‘He had all the files on everything’

For nearly 20 years, al-Jabri had worked closely with bin Nayef, helping to overhaul the kingdom’s intelligence and counterterrorism operations and building close ties with Western officials.

“He had all the files on everything and everybody,” said the former regional security official. Al-Jabri coordinated relations between Saudi intelligence and the CIA, the former official said. The CIA declined to comment.

When King Salman ascended the throne in January 2015, he appointed al-Jabri to a cabinet-level position. Bin Nayef became crown prince in April 2015. Al-Jabri’s son, Khalid al-Jabri, said at that time the relationship between his father and MBS was “initially really good” but the relationship soon soured, spurred by opponents close to MBS who alleged that al-Jabri was a member of the Muslim Brotherhood. The family strongly denies it.

Four months later, in August 2015, al-Jabri learned he had been fired from his post via a state television announcement, said Khalid, who now lives in Canada along with his father.

Al-Jabri became a personal adviser to bin Nayef, a position he held until the royal was deposed as crown prince and removed as head of the interior ministry in June 2017. The two well-connected Saudis and the diplomat described al-Jabri as fiercely loyal to bin Nayef.

Since 2017, when al-Jabri moved to Canada, Saudi authorities have made repeated attempts to lure the former intelligence official back to the kingdom, both directly and through interlocutors, his son, Khalid, told Reuters.

He added that his siblings had been barred from leaving Saudi Arabia for more than two years prior to their arrest and were questioned by authorities on more than one occasion regarding their father. The crown prince had made an offer in 2017 to al-Jabri to allow the children to travel in exchange for his return, he said.

The family said they do not know where al-Jabri’s children are being held and are not able to reach them. “Every time we ask people inside [Saudi Arabia], we’ve been told MBS is handling their detention himself. Don’t bother asking for details,” Khalid said.

Al-Jabri’s deep knowledge of some of the kingdom’s most sensitive information, coupled with his popularity in Western political circles and among some long-serving Saudi security officials, made him a target, according to his son, the diplomat, the former regional security official and a former Western intelligence source.

The diplomat said al-Jabri could be perceived as a threat to MBS if US President Donald Trump, who defended strategic defence and energy ties with the kingdom during the global uproar over Jamal Khashoggi’s death, failed to win re-election. The White House declined to comment.

The family said it is lobbying US legislators for help. Senators Marco Rubio and Patrick Leahy have spoken with the family, according to their offices. Members of Congress are concerned that “two young people have disappeared after being seized by Saudi state security forces,” said Tim Rieser, senior foreign policy aide to Democratic Senator Leahy.

“It seems that they’re being used as hostages to try and coerce their father to return to Saudi Arabia,” he said. He added that the senator’s office is seeking information about their whereabouts and calling for their release.

The crown prince is officially next in line to the throne to his 85-year-old father, King Salman. His efforts to diversify the kingdom’s economy away from its heavy reliance on oil and lift social restrictions, including on women, were welcomed by many Western officials and Saudis.

But the crown prince has also drawn criticism for attempts to silence dissident and marginalise rivals. He came under international criticism over the 2018 murder of Khashoggi in the kingdom’s Istanbul consulate, which the CIA has said the crown prince ordered.

Saudi watchers and diplomats said MBS has grown increasingly concerned with his standing, both at home and abroad, following the Khashoggi killing. Some members of Saudi Arabia’s ruling family and business elite expressed frustration with his leadership following the largest-ever attack on the kingdom’s oil infrastructure in September, as Reuters previously reported.

There is also discontent at home, where the economy has been struck hard by the coronavirus pandemic and low oil prices, leading to austerity measures. The crown prince nevertheless still has staunch supporters and is popular among young Saudis for opening up the conservative kingdom and pledging to diversify the economy. 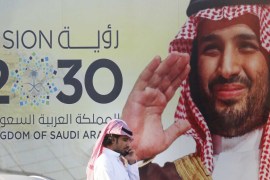 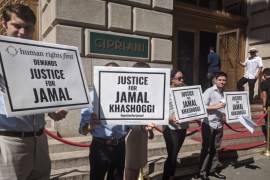 The Misk Foundation NYC event was dogged by controversy from the onset, with a venue cancellation, speakers pulling out. 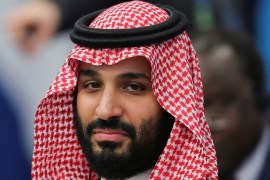