Yemen’s government and southern separatist forces have agreed to a ceasefire and will begin talks on implementing an earlier peace agreement, according to a Saudi-led military coalition fighting the Houthi rebels.

The former coalition allies on Monday agreed to a ceasefire in Abyan province – a major hotspot of clashes – and the de-escalation of tensions in other regions.

Tensions between the two former allies in Yemen’s long-running war have grown since April, when the United Arab Emirates-backed STC unilaterally announced self-rule in areas under its control in Yemen.

The STC fighters were the on-the-ground allies of the UAE, once Saudi Arabia’s main coalition partner in its military campaign against the Houthis, who control vast swaths of territory in Yemen’s north.

Friction escalated on Saturday after forces loyal to the STC assumed control of the strategically located island of Socotra.

The STC, which raises the flag of the former communist state in the south and has pushed to again split the war-torn country in two, seized several state buildings in the island’s capital, Habidouh, including the governor’s headquarters.

The internationally recognised government accused the STC of staging “a full-fledged coup” in Socotra, a UNESCO World Heritage site.

“The coalition regrets the latest developments in a number of southern provinces and calls on the parties to prioritize Yemen’s national interest … and to stop bloodletting,” the coalition’s al-Malki said in Monday’s statement.

Elisabeth Kendall, a senior fellow at Pembroke College, Oxford University, described the ceasefire announcement as “a very good start” to avoid de-escalation after a “very active weekend” that saw the STC “flexing its muscles” with the Socotra takeover and by organising rallies elsewhere.

“There might be a new dynamic developing. It certainty looks like there are signs that Saudi Arabia is tiring of the war in Yemen,” she told Al Jazeera from London.

“[The war] hasn’t been working for five years. It’s very expensive and a virus is spreading so it could be that it is now recognising the STC as a genuine military as well as administrative presence on the ground in the south and is therefore stepping over the head of the Hadi government in order to broker some kind of deal which allows it to step back a little.”

The STC turned on Hadi in August last year and took control of Aden, the internationally-recognised government’s temporary seat. The fighting stopped when the two groups in November 2019 reached the Riyadh deal with the objective of forming a unity government, but clashes continued in the ensuing months.

Yemen’s south was an independent state until the 1990 unification with the north.

The country’s latest conflict broke out in late 2014 when the Houthis seized much of the country and removed Hadi’s government from the capital, Sanaa.

Fighting escalated in March 2015 when the Saudi-UAE-led military alliance launched a fierce air campaign against the rebels in a bid to restore Hadi’s government.

Since then, the war has killed more than an estimated 100,000 people and displaced millions, pushing the impoverished country to the verge of famine and gutting its infrastructure. 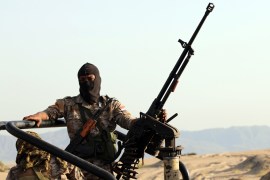 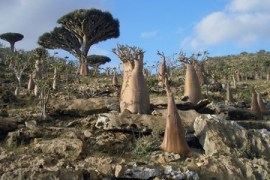 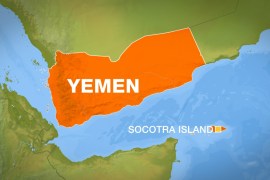