Two main figures of Algeria’s Hirak protest movement will soon be freed at the president’s initiative, the leader of an opposition party said.

Karim Tabbou, a veteran opposition figure and secretary-general of Algeria’s Socialist Forces Front (FFS), is serving a one-year term for an “attack on the integrity of national territory”. Samir Benlarbi has been held in preventive detention since March 7.

“President Abdelmadjid Tebboune assured me that he would use his constitutional prerogative to ensure that Tabbou and Benlarbi regain their freedom,” Sosiane Djilali told AFP news agency on Tuesday.

“It’s solemn commitment on his part,” said the Jil Jadid party leader after a meeting with Tebboune that he had requested to discuss the two cases.

In the Algerian judicial system, the president has the right to pardon prisoners. In principle, that right applies only to those whose convictions are final, such as Tabbou.

Tabbou, who turned 47 on Tuesday, is one of the most prominent figures, if not the best-known, of the Hirak movement which led to the downfall last April of former President Abdelaziz Bouteflika after 20 years in power.

Abdulghani Badi, the lawyer representing the jailed activists, posted on his Facebook page that Benlarbi has been transferred to Kolea prison southwest of the capital, Algiers.

Weekly anti-government protests rocked Algeria for more than a year and only came to a halt in March due to the novel coronavirus outbreak, with the authorities banning marches – although the opposition had already suspended its gatherings.

Abdennour Toumi, a Paris-based Algerian journalist, said Tabbou and his group are considered as “hardliners” which explains why the government has taken stronger measures in dealing with them.

Commenting on the expected release, he said the move is a “pre-emptive” measure designed to deny the Hirak the ability to use activists as a “rallying call” should the resurgence of mass protests begin.

“The message the president is trying to send to the public is of a conciliatory gesture to people in Algeria and foreign audience, especially France,” he said.

According to the National Committee for the Release of Detainees (CNLD), some 60 people are currently held on charges linked to the protest movement.

After causing the downfall of Bouteflika last April, the Hirak movement has continued demanding an overhaul of Algeria’s governance system, which has been in place since independence from France in 1962.

Angry at unemployment, corruption and an elderly elite seen as out of touch with the young, Algerians began taking to the streets in February last year to protest, initially against Bouteflika’s plans to remain in office, and then for the removal of all remnants of a political and military establishment that dominated the country for decades. 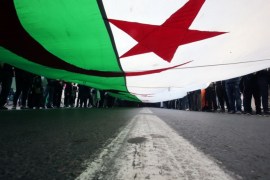 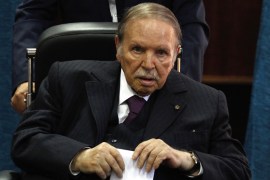