A blast in a mosque during Friday prayers in the western part of capital Kabul has killed at least four people and wounded at least eight, Afghanistan’s interior ministry said.

“Explosives placed inside the Sher Shah Suri Mosque exploded during Friday prayers,” said a statement issued by the ministry, which added that the mosque’s prayer leader Azizullah Mofleh was among those killed.

Interior ministry spokesman Tariq Arian said police have cordoned off the area and helped move the wounded to ambulances and nearby hospitals.

Arian told Anadolu Agency that the incident took place in the posh Karta-4 neighbourhood of the city.

No group immediately claimed responsibility for the attack but a mosque attack earlier this month was claimed by an ISIL (or ISIS) group affiliate, headquartered in eastern Afghanistan’s Nangarhar province.

“Interestingly, every time you have the peace process gaining some momentum and pace, you have these kinds of attacks in the country,” Habib Wardak, a national security analyst based in Kabul, told Al Jazeera.

“The Islamic State group claimed responsibility for the attack that happened last week on a mosque in Kabul, so despite the fact that you have these news and press conference from the government that they have eliminated ISIL, how can they conduct such sophisticated operations?”

The Taliban was quick to distance itself from the attack.

In a social media post, the group’s spokesman, Zabihullah Mujahed, said this attack is part of conspiracy by the “enemy” at a crucial time when peace talks are advancing.

The Afghan government dubbed the attack  as “inhuman” and “against the principles of Islam.”

Stefano Pontecorvo, NATO’s senior civilian representative in Kabul, stressed the perpetrators must be brought to justice.

“As we face a historical opportunity for peace, spoilers can’t be allowed to disrupt it. We stand with #Afghanistan in the fight against terror,” he said on Twitter.

“I strongly condemn the attack on Sher Shah Suri mosque. The perpetrators must be brought to justice. As we face a historical opportunity for peace, spoilers can’t be allowed to disrupt it. We stand with #Afghanistan in the fight against terror.”- #NATO SCR @pontecorvoste

Friday’s blast had parallels to one earlier this month, when an explosion tore apart a famous Kabul mosque and led to the death of renowned Afghan cleric Maulvi Ayaz Niazi.

“In this attack, the imam seems to be the target, not the rest of the crowd. These are the imams who have supported the peace process with the Taliban movement,” Wardak said.

“The other political aspect for these kinds of attacks is that there are peace spoilers trying to convey a message that peace with the Taliban will not eradicate violence in the country because you have ISIL.”

Violence has spiked in recent weeks in Afghanistan with most of the attacks claimed by the ISIL affiliate.

The United States blamed the armed group for a horrific attack last month on a maternity hospital in the capital that killed 24 people, including two infants and several new mothers.

The ISIL affiliate also took responsibility for an attack on a bus carrying journalists in Kabul on May 30, killing two.

It also claimed credit for an attack on the funeral of a strongman loyal to the government last month that killed 35 people.

Meanwhile, the US is attempting to broker peace talks between the Afghan government and the Taliban to end 18 years of war.

Washington’s peace envoy Zalmay Khalilzad was in the region earlier this week trying to resuscitate a US peace deal with the Taliban.

The peace deal signed in February calls for the withdrawal of the US and NATO troops from Afghanistan in return for a commitment by the Taliban to not launch attacks on the US or its allies. 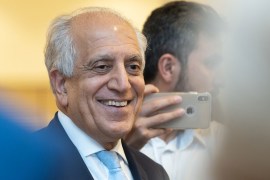 In February, the US and the Taliban signed an agreement aimed at ending America’s longest war, fought in Afghanistan. 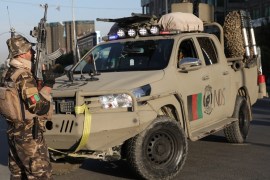 US conducts first air raids against Taliban since ceasefire ends

The two assaults took place since a rare ceasefire between the armed group and Afghan forces ended more than a week ago. 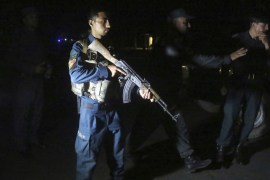