World leaders are due to hold a virtual conference to raise $8.3bn for efforts to develop a vaccine and treatments against the new coronavirus.

The United Kingdom, Canada, France, Germany, Italy, Japan, Norway, Saudi Arabia and the European Commission, are co-hosting the online event, which is part of a month-long international investment drive before the Global Vaccine Summit on June 4. Monday’s conference is scheduled to start at 14:00 GMT.

The fundraising drive aims to pool resources worldwide to develop a vaccine and effective treatments as quickly as possible and to make them universally available at affordable prices.

The funds will mainly be allocated to established international health organisations and research networks.

The funds raised will “kickstart an unprecedented global cooperation between scientists and regulators, industry and governments, international organisations, foundations and healthcare professionals”, European leaders backing the initiative said in an open letter published in weekend newspapers.

However, the leaders warned that more money would still be needed to manufacture and deliver “available, accessible and affordable” medicines across the world.

“If we can develop a vaccine that is produced by the world, for the whole world, this will be a unique global public good of the 21st century,” they added.

Scientists around the world are racing against time to develop a vaccine against the novel coronavirus, which causes COVID-19, a highly infectious respiratory disease. To date, there have been more than 3.5 million known infections and at least 247,000 deaths globally.

As many as 100 potential COVID-19 vaccines are in development around the world, and at least five have started human clinical trials – in the United States, China, the UK and Germany.

Last week, British pharmaceutical giant AstraZeneca announced a partnership with Oxford University for the large-scale manufacture and potential distribution of a vaccine currently on trial.

Mark Jit, professor of vaccine epidemiology at the London School of Hygiene and Tropical Medicine, said the world is “desperate” to have a coronavirus vaccine.

“They (vaccines) are being developed in many countries. I think the largest number is in the US followed by China,” Jit told Al Jazeera.

“The bad news is that the usual timeframe to develop a vaccine – from the time of initial discovery to actually having a vaccine to be given on a population level – is usually about 10 to 20 years.”

At Monday’s conference, the UK is expected to pledge 388 million pounds ($482m) and Germany has promised a “significant financial contribution”, expected to be in the hundreds of millions.

UK Prime Minister Boris Johnson, who spent three nights in intensive care with COVID-19, said finding a treatment was “the most urgent shared endeavour of our lifetimes”. 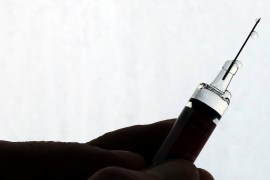 Where are we with a coronavirus vaccine? | Start Here

Scientists are working on vaccines and drugs for the coronavirus but when will we get some answers? 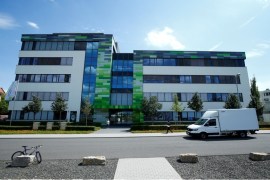 BioNTech test comes a week after clinical trials by Oxford University scientists in the UK.