Australia on Monday began its first hearings into the causes of catastrophic bushfires that swept across the country, killing 33 people, destroying some 2,500 homes and razing an area the size of South Korea.

Fuelled by three years of drought, which experts have attributed to climate change, hundreds of fires, some massive in size, burned across Australia’s east coast for months before finally being extinguished in February.

“The tragic loss of life, the destruction of homes, the significant loss of livestock and millions of hectares of forest has been devastating and continues to deeply affect people and their recovery,” Mark Binskin, chair of the inquiry, said in an emailed statement.

Prime Minister Scott Morrison said the six-month Royal Commission inquiry would investigate preparedness for future bushfires and the need for any changes to the law to clarify who is responsible for overseeing emergency authorities.

A two-week hearing of the royal commission, sitting in Canberra but being conducted electronically, has started with a focus on the changing global climate and natural disaster risk.

According to estimates by the weather monitor, AccuWeather, the total damage and economic loss caused by the bushfires from September 2019 and into 2020 could be as high as $110bn.

Millions of people were also exposed to months of smoke haze and poor air quality.

Bush and grass fires in New South Wales were particularly damaging with 5.5 million hectares (13.6 million acres) of land area burned, equivalent to more than 6 percent of the state.

The fires there also destroyed a total of 2,448 homes and killed many, including three NSW Rural Fire Service volunteers and three US firefighters in a toll unrivalled in the state’s history.

Morrison was also criticised for taking a holiday in Hawaii as parts of the country were burning. 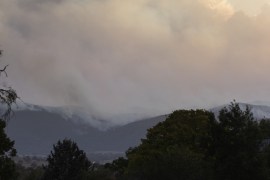 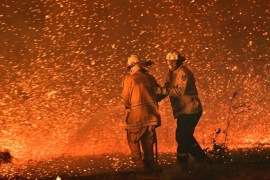 Why are people lying about Australia’s bushfires? 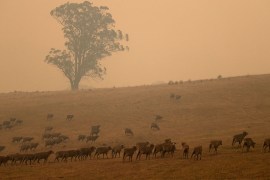 Scott Morrison has come under attack for being slow to respond to the crisis, even taking a holiday as Australia burned.